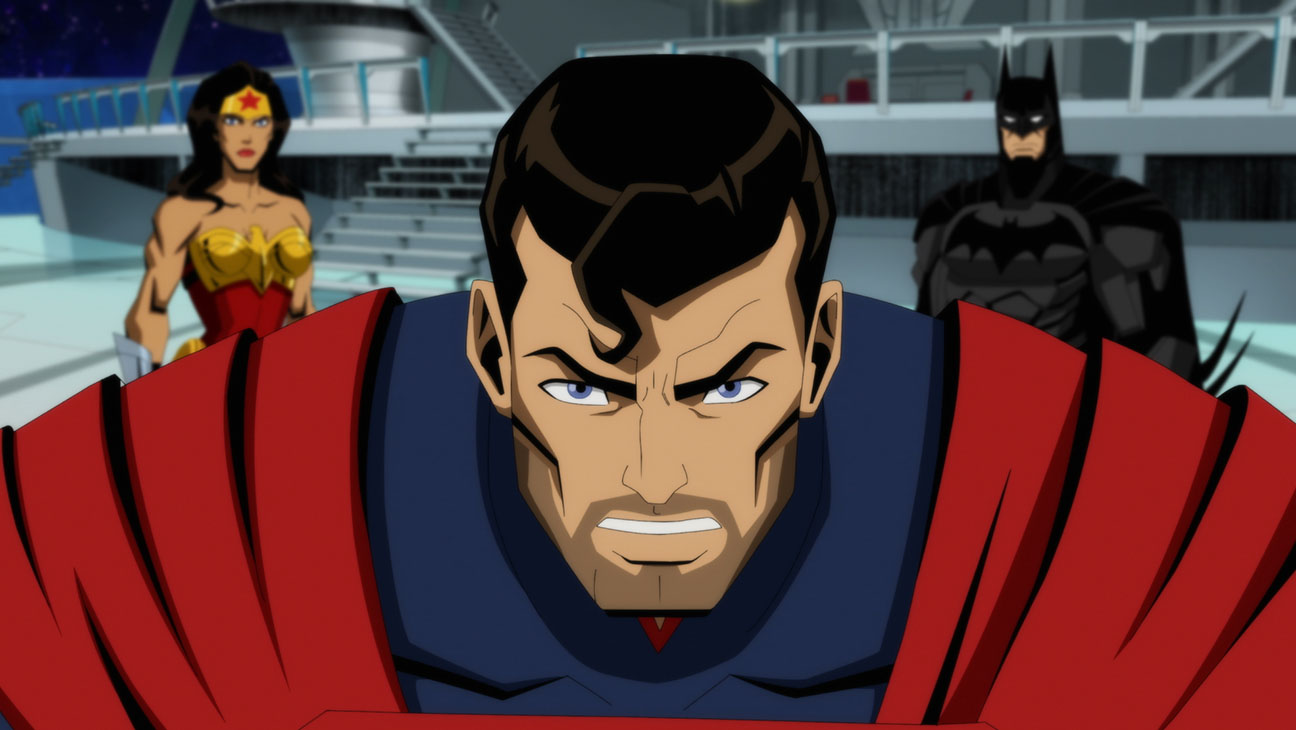 The “Injustice” animated feature falls flat for trying too much with too little time, made worse with an ending that leaves the viewer unsatisfied.

Ever since the game Injustice: Gods Among Us released in 2013, it has been acclaimed as one of the most unique DC Comics alternate universe iterations of recent years. The story chronicles the downfall of Superman after he kills his pregnant wife Lois Lane in a delusional, fear gas-induced rage. His loss leads him down the path of becoming a dictator in the name of so-called “peace,” with the accompanying comic book run detailing Superman’s slow descent into despotism with the aid of several other heroes like Wonder Woman, Cyborg and the Flash. They form the One Earth Regime—a planetary police state that kills any and all threats. Seeing how much success and acclaim the game series has garnered for its unique depictions of iconic superheroes and villains, it seemed only logical for DC to release an Injustice film.

The long awaited film adaptation of Injustice is, for the most part, a half-baked adaptation of the original story with some some glaringly obvious detractions from the source material. To first speak about what the film did right, I should mention the look of the film. Character designs are essentially yanked from Injustice Gods Among Us or Injustice 2 and adapted to meticulous detail. As an avid player of both games, I appreciated that the art direction of the film stayed faithful to how the characters looked. The animation is also pretty decent, especially in the complex fight sequences. Injustice 2021 has its fair share of battles, which are easily the most entertaining parts of the movie.

The voice cast for the film is a mixed in terms of quality. Justin Hartley delivers a pretty solid performance as Superman, as he successfully captures the same mixture of authority and guilt that the character evokes in the games. Gillian Jacobs is also great as Harley Quinn; for someone who has not voiced the character before, she does a good job of emulating Quinn. Anson Mount‘s portrayal of Batman, however, falls on the other side of the spectrum; his portrayal of the Caped Crusader comes across as flat and emotionless. Perhaps this was an intentional acting choice, but it simply does not work for the heated conflict between Batman and Superman in this story. The rest of the cast gets their job done well, though their performances are not all too remarkable.

The main problem with Injustice is that it attempts to do too much, essentially compacting a story better fit for a mini-series into a film with less than an hour and a half of runtime. A lot of interesting side character arcs from the source material are either sidelined or removed entirely because the film is speeding through so many events from the several years of Injustice comics it is drawing inspiration from. Characters like Barry Allen and Shazam, who offer moral complexity to the overall story of the Injustice franchise, are greatly underutilized in the animated feature; other characters only get one or two lines. The range of characters being used to tell the Injustice story has to be wide because it effects the entirety of this universe, but because of the film’s limited run time, the story can only fixate on Superman, Batman, and a handful of other characters who come up merely when the plot demands it.

Besides the tragedy in Metropolis that is responsible for setting off Superman in the first act of the movie, Injustice 2021 mostly feels hollow and ineffectual. Over the years leading up to the Injustice: Gods Among Us story, Superman slowly becomes more and more corrupt, to the point that he is beyond saving. In the comics, we see events transpire across the span of five years leading up to the events in the original game’s campaign, and in these many conflicts we see not just Superman and Batman, but also many of their respective allies, progressively become more jaded. Superman eases into the position of morally corrupt dictator and Batman becomes more and more desperate to overthrow Kal, with new players in the universe slowly introduced over time. However, the film takes moment after moment from the comics and hammers them into the plot at a rapid fire pace. The audience is not given a lot of time to breathe and take in the repercussions of any given event and the effects are not really felt among characters besides Batman and Superman.

The ending in particular leaves the film feeling inconsequential. Without spoiling, I can say that the conclusion of Injustice fails to commit to what people actually wanted to see happen with this adaption. It’s almost like the movie gets cold feet in its third act and abandons the whole idea of dictator Superman that it has been building up towards its entire runtime. Injustice offers a mere taste of what could have been before ultimately changing its mind about what it wants to do in its final 20 or so minutes. The end result is a movie that feels like it gave up on itself in its conclusion; all of the events throughout the movie seem meaningless with the ending we are given.

While I had hopes that Injustice would deliver an excellent movie adaptation of one of the strongest DC stories in recent years, it simply falls flat as a hollow, rushed shell of what could have been. The film’s plot skeleton offers a potentially great story, but it simply tries to capture too much in too short amount of time. Had this been a limited series, or even a two-parter, I think Injustice could have been significantly better. However, it is simply an overloaded, half-baked adaptation of the source material. It is still worth a watch, especially for those who are not familiar with the original story and therefore will not see the apparent changes made to the film, but it is certainly not in the upper echelon of DC animated features.

Injustice is available now on Blu-Ray and digital.