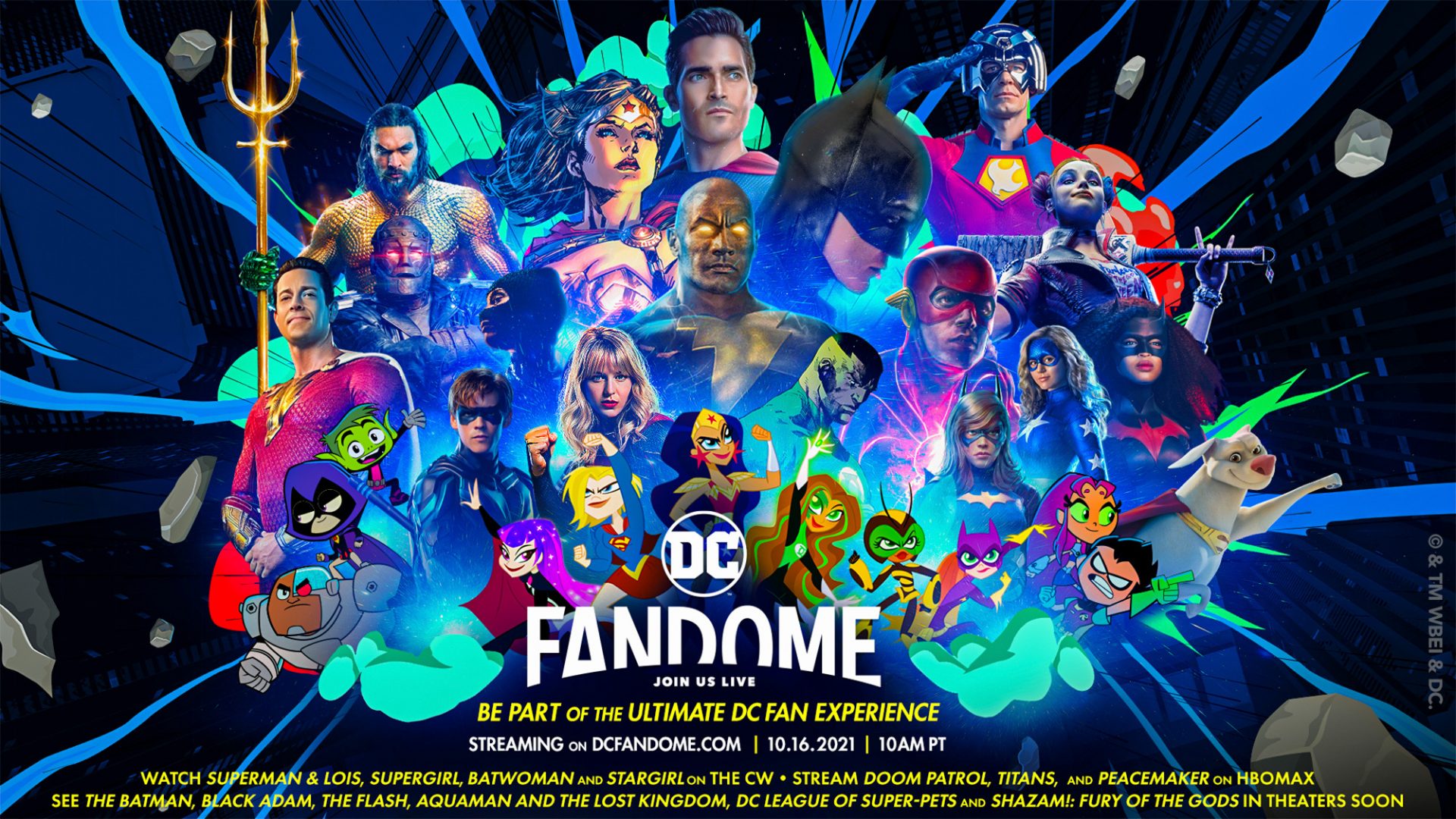 The second trailer for “The Batman” is confirmed for DC FanDome 2021 alongside a packed lineup of panels.

DC‘s virtual fan event, DC FanDome, returns this October. The lineup for the event was unveiled in a press release along with a launch trailer earlier today. The returning event will feature a new trailer for Matt Reeve’s Batman film and updates on the current slate of DCEU movies, TV, comics, and more.

The confirmed list of panels for this year’s event includes –

And that’s not all! More than 300 comics books and graphic novels will be available for free to anyone who registers to FanDome as part of DC Universe Infinite. DC FanDome will be streaming live on October 16 at DCFanDome.com. And just like last year, there will be a parallel event for the younglings at DCKidsFanDome.com. You can register for the same in the links provided.

Are you excited about this year’s FanDome? Which panel are you looking forward to the most? Sound off in the comments below!