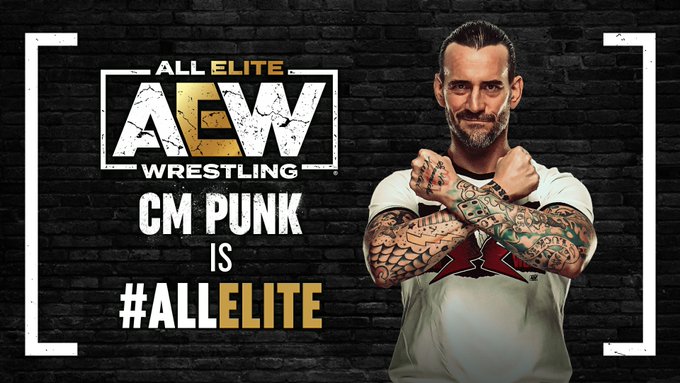 CM Punk has finally returned to the world of professional wrestling by debuting on this week’s episode of AEW Rampage: The Last Dance on Friday. Punk walked out of the WWE before the episode of Monday Night Raw that followed Royal Rumble 2014. He was later served with release papers from the WWE on his wedding day and that put an end to any possible negotiations on a return to the squared circle then.

Following his release, Punk signed a deal to fight in the Ultimate Fighting Championship (UFC). Training under Roufusport, Punk fought two matches in the octagon however he couldn’t find much success with a record of 0-1-0. He lost to Mickey Gall is his debut and lost again by judge’s decision to Mike Jackson in his second bout. The latter bout was then overruled to be a no-contest after Jackson tested positive for marijuana. Post this Punk had ventured into acting and commentating with notable works including Cage Fury Fighting Championship and WWE Backstage as an analyst employed by Fox Network.

Tony Khan spoke with media after the historic episode of AEW and had this to say about CM Punk’s contract:

“We’re going to be doing this for a while. This is exciting. This isn’t a short-term thing or a part-time thing. This is like, full-time. We’re very excited.”

Debuting on Rampage, he was welcomed by the Chicago crowd in attendance with emotions running high all around. Punk took his moment to celebrate with the fans before talking business. Punk called out and challenged Darby Allin, who has been teasing Punk in the lead up to Rampage, to a match at All Out on September 5th. Punk is also set to appear on the new Starz show Heels as a recurring character alongside Stephen Amell and Alexander Ludwig.

How did you feel when you heard Cult of Personality hit at Rampage? Let us know below!