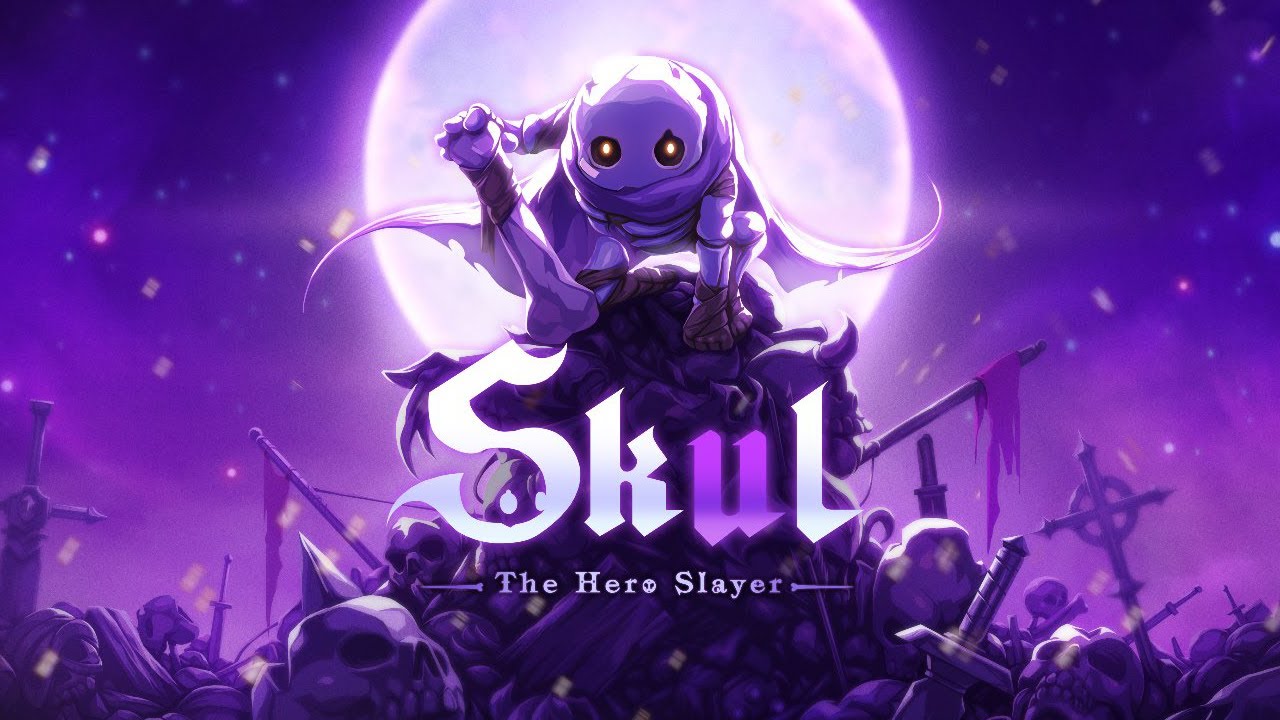 “Skul: The Hero Slayer” was made by SouthPAW Games and is a lot fun to play with it’s challenging gameplay.

Developed by SouthPAW Games and published by NEOWIZ, Skul: The Hero Slayer is an excellent game that not only has amazing pixilated visuals, but a challenging game loop that doesn’t allow the player to get burned out. It also comes with a story that is easy to follow and an score that only makes the game better.

The overall plot in this game is pretty simple and easy to follow. You play as Skul, a tiny skeleton soldier that is in the Demon King‘s army. The game starts off with Skul waking up after the Humans attacked the Skeletons. After he wakes up, he learns that the Demon King has been defeated and captured. It is then his goal to set out and save the Demon King from First Hero.

You’ll meet interesting characters as you slowly progress through the game, such as: Death Knight, Evil Druid, and Witch. There are dozens of other characters you’ll meet along the way, but I’ll let you figure those out for yourself. The Witch is very important because she is who you will go to when you’re ready up grading Skul’s abilities. The game does have a weird way of making you feel for certain characters, like you understand their point-of-view and I think that adds something special to the plot.

There’s nothing to complain about when it comes to the pixilated visuals for this game. The game’s colors and lighting techniques give it a very pleasing aesthetic. Each setting you’re presented with features a color scheme different from the last rather than just repeating the same thing. Once you get further into the game and the screen starts to pack with enemies, there’s very little drops in the frame rate.

Gameplay is smooth and as I mentioned above, there are very little drops in the frame rate. There isn’t any performance enhancing modes, but in the settings you can options to adjusting lighting and particles. I don’t suggest messing with those, because I think that can take away from the games visuals, but that’s just my opinion.

The games default controls were something I wasn’t a big fan of, but thankfully the game gives you the option to change your key bindings. Once you get that sorted out, everything plays smoothly. Player movements are tight and fast, so you’ll have to be careful on what you’re doing.

Player attacks only take up only a couple of keys and if you have a comfortable layout with the key bindings, you’ll have no issue defeating the numerous enemies the game throws at you. The Boss battles are fun because you’re key bindings don’t matter, you’ll end up pushing every button on your keyboard trying to stay alive.

The music in this game was very well done and was easily one of my favorite things in the game. It was fun and enjoyable to listen through the slower parts of the game, but served a huge purpose in the beginning of the game and during the boss battles. I will have to say that the beginning song had the most impact for me, as it helped set the tone for the game.

The score was great in the way it help make situations feel serious. Especially with the way the game is designed (you die, you start over), those boss battles will have your hands sweating. As I mentioned above, while you’re just moving through a level, the music will easily keep you pulled in with it’s upbeat sounds.

There is loads of replay value in this game. It’s rogue-lite gameplay provides a great challenge to the player. The numerous combinations of Skulls the player can choose from also add a fun experience. As mentioned above, there are different mini-bosses in the levels. It would require multiple playthroughs to be able to challenge them all. Overall, the game’s wide variety of combinations and roguelike gameplay only add to it’s replay value.

Overall, Skul: The Hero Slayer is a fantastic game that I think everyone can enjoy. It’s great for killing time because you can play for hours and continually have a fun experience without getting burned out. Along with this it’s amazing visuals and great soundtrack, there is also an intriguing story to follow along with. Fair warning: this game takes hours and hours of playtime to beat and it is not easy.

TCN was provided a review copy of Skul: The Hero Slayer on Steam for the intent of review purposes by the publisher/PR