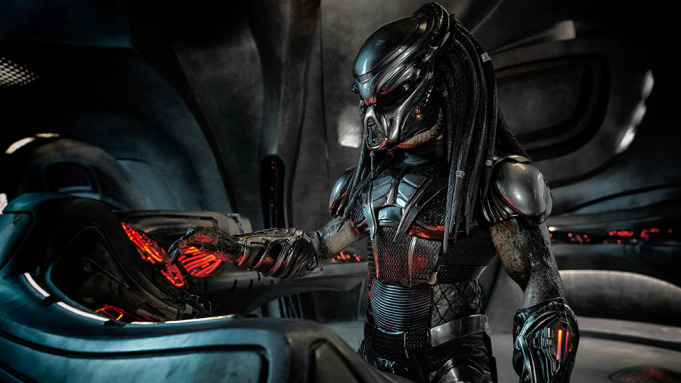 New details regarding the upcoming Predator film, “Skull,” have been revealed

The new Predator movie will take place a very, very long time ago, as it will act as an origin story for all the existing movies. The film is titled ‘Skull‘ and will cover the Predator’s first journey to this planet. This project has been very under the wraps and not much details were given on it yet. In a new interview with Collider timed to this week’s release of Disney’s Jungle Cruise producers John Davis and John Fox finally shed some light on their upcoming project, which will be directed by Dan Trachtenberg.

The new film will have a female lead play the hero of the film, which Davis always finds interesting to see happen. However, no further details as to who will be playing the role were revealed. Davis also said that he felt that Skull had the similar kind of charm as the first Predator film starring Arnold Schwarzenegger.

“It goes back to what made the original Predator movie work. It’s the ingenuity of a human being who won’t give up, who’s able to observe and interpret, basically being able to beat a stronger, more powerful, well-armed force,” he explained.

The film is three quarters of it’s way into production according to Fox, the banner under which the film is being made. Still, there are no immediate plans for a teaser, revealing the release date, or a first look at the film. Both the producers were pumped about the script by Patrick Aison, but Davis reserved special praise for the film’s “brilliant director”. David claims that Skull has more in common with the 2015 hit The Revenant than it does any film in the Predator canon. When asked as to which era or time is the film is based during Davis only answered saying that “You can use your imagination. It is… early” and refused to give any more details on the topic.

As far as the tone of the film goes, Davis said “it all depends on how you end up cutting it, right? It was conceived as an R-rated movie. It could easily end up PG-13. I guess I’m going to find out what it has to be or what it is when it’s all cut together.”

What are your thoughts on the upcoming Predator movie and what do you expect from it? Let us know in the comments below!