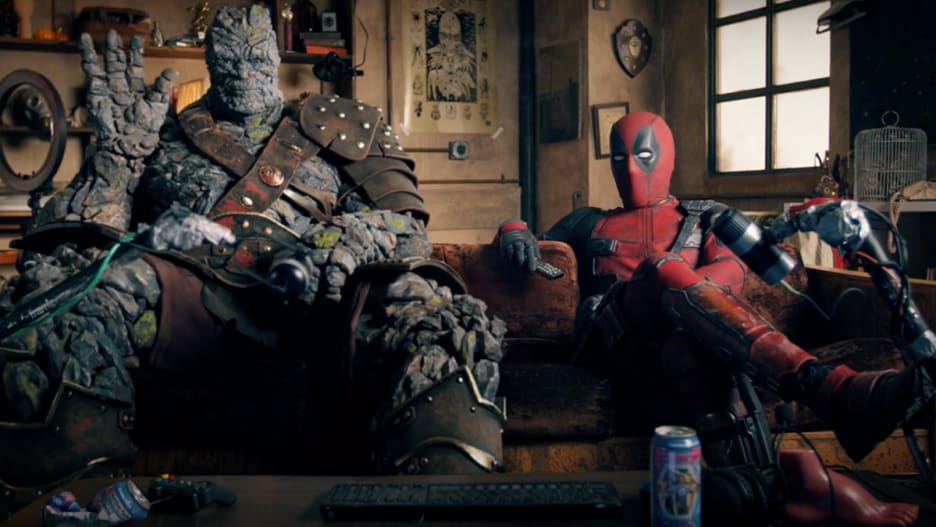 Deadpool hangs out with an MCU visitor and reviews the ‘Free Guy’ trailer.

Ever since the purchase of 20th Century Studios by The Walt Disney Company, many fans of Deadpool have been waiting with baited breath for the day when the Merc with a Mouth will join the Marvel Cinematic Universe proper.

Now the Regenerating Degenerate is finally taking his first baby steps into the Marvel playland with a fantastic new video that Ryan Reynolds posted to his Instagram.

In it, Reynolds (suited up and looking fabulous as ever) reviews the trailer for the upcoming motion picture Free Guy, alongside a familiar rocky fellow from the Thor films.

Yes, Korg, everyone’s favorite simple-speaking rock man (voiced by Taika Waititi) comes to hang out with Deadpool and chew scenery as they watch Ryan fall his way through a madcap video game world as an NPC seeking to become a hero.

Do you think this could be the lead-in for more Deadpool/MCU content? Let us know in the comments below.