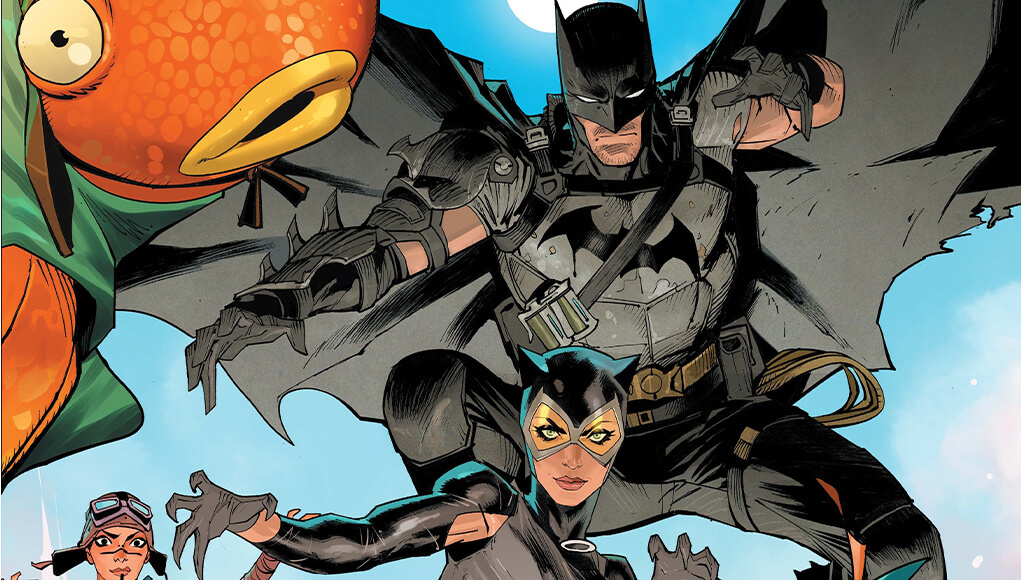 Batman and his DC posse’s time on Fortnite Island may have appeared over with the finale of Batman/Fortnite: Zero Point’s closing of the Omniverse rupture. But readers knew there were too many teases and hanging threads left for that to be true. Sure enough, according to DC’s October 2021 solicitations a certain DC master mercenary paved the way for Fortnite’s characters to make their Gotham City debuts in Batman/Fortnite One-Shot #1.

Technically in the penultimate issue, Deathstroke sabotaged the zero point portal to maintain the connection between the two worlds rather than seal it. So as Batman and Catwoman finally escaped back to Gotham, we saw Wilson meeting with Lex Luthor and The Batman Who Laughs, the three villains discussing their success with Fortnite’s mysterious Dr. Slone. Turns out the entire epic was a plan to strengthen the connection between the island and Gotham City for a larger, more nefarious purpose. And at the end of the final issue, another rupture had opened next to the Daily Planet building in Metropolis!

Are you excited for Dr. Slone and company’s arrival in Gotham City? Let us know in the comments below!