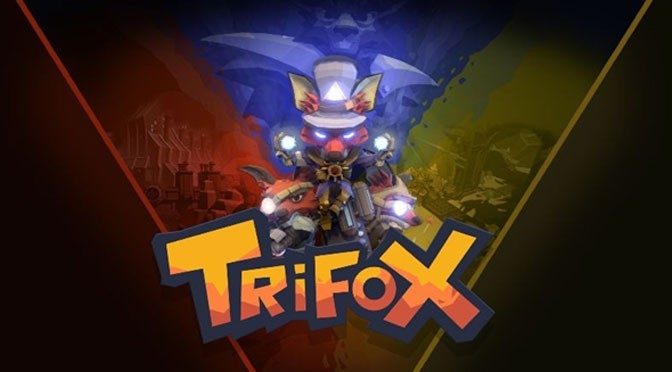 Stylish and approachable fun abound! Trifox is the newest Gauntlet-like game to scratch all of your classic, arcade-style dungeon-crawling itches, while also throwing in the levity that comes with a standard action-platformer. Soon enough, players around the globe will be able to burrow into the class-based cartoony goodness. Until then, see all that the terrific trifecta of fabulous foxes have to say in their gameplay trailer below:

These foxes may not have much to say in terms of words, but their actions speak loud enough! Tame the beast by perfecting your own playstyle with up to three distinct classes. The “Engineer” is a cunning character who appears to use tricks and traps, like jetpacks and bombs, to outsmart his opponents. From there, the mystical “Mage” magically masters the battlefield by way of teleportation, glowing bombs, and whimsical whips. Last but not least, the “Warrior” pounces onto his prey by smashing and bashing them away with a comically large hammer. What’s more, the developers even let players mix and match the trio into one ferocious force of chaos!

Trifox is coming to Nintendo Switch, PlayStation 4, Xbox One, and Microsoft Windows, and will be released in Q1 of 2022.

Which fox class do you want to try out first? Let us know down in the comments section below!