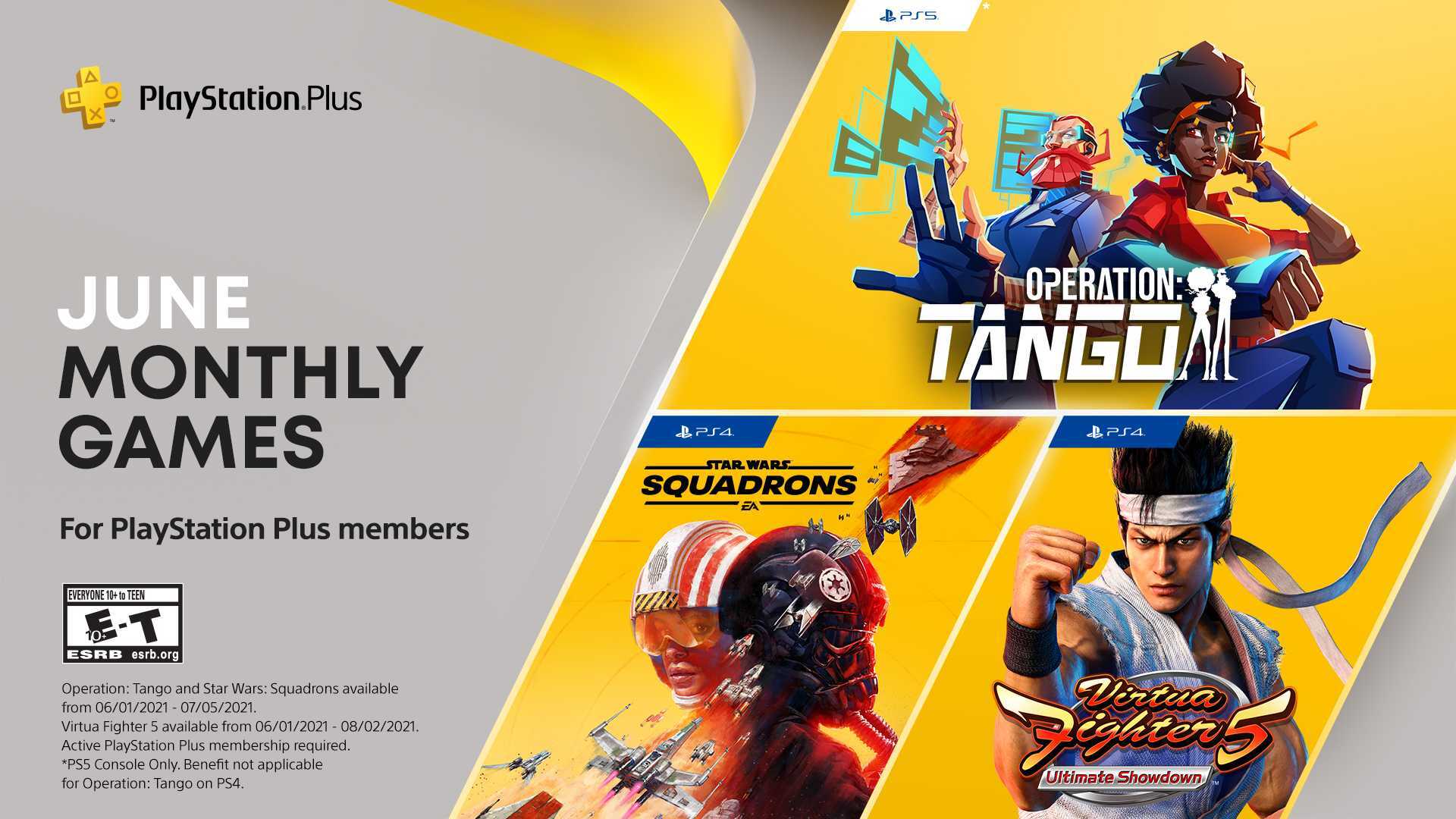 Whether you want to dive into decade-spanning IPs or something new and innovative, PlayStation Plus’s June lineup has you covered.

Whether you want to dive into decade-spanning IPs or something new and innovative, PlayStation Plus‘s June lineup has you covered. PS5 owners can snag the new co-op puzzle game, Operation: Tango, while PS4 owners have access to both the combat flight sim, Star Wars: Squadrons, and the latest monumental title in the fighting game series, Virtua Fighter 5: Ultimate Showdown.

Operation: Tango takes a unique twist on co-op games. This title can only be played two-player, and each player must have a copy of the game to play. As you might have guessed, this also means that both players will have specific roles to play in their mutual success, as both screens show each of them different views throughout the campaign. The agent role will be more hands-on, as that character is in the field, sneakily maneuvering about their environment. On the other hand, the hacker is your typical “man in the chair,” pulling all kinds of electronic strings and helping to solve the puzzles from a distance. Hit up your friends, choose your roles, and sleuth your way to victory from June 1 to August 2.

The latest, greatest Star Wars game is about to launch into the stratosphere. Star Wars Squadrons is the sleekest sci-fi combat flight sim on this side of the galaxy, and soon enough, you too can fight for either the Rebels or the Empire forces. Both sides take off into the war-torn battlefields to duke it out for complete dominance in this game. From there, players must choose the ship that best suits their play style to achieve victory among their 5-person team. Should you want to blast your enemies to dust, bombard their capital ships to deliver a more strategic defeat, or you would rather play through the canonical campaign, Squadrons has something to offer to everyone. Fire up your engines from June 1 to July 5.

The fifth entry in the series that invented 3D fighting games is back and bigger than ever. Virtua Fighter 5: Ultimate Showdown is back at it with all of the combo-heavy showdowns players have come to love over the years. By ring-out or knockout, there is always a way to win in this game. With cleaner, crisper graphics than ever before, Virtua Fighter is again setting the hype bar high for both new players and series veterans alike. Be sure to jump into the flurry of fury from June 1 to July 5.

Which game are you excited for the most? Let us know in the comments section down below!