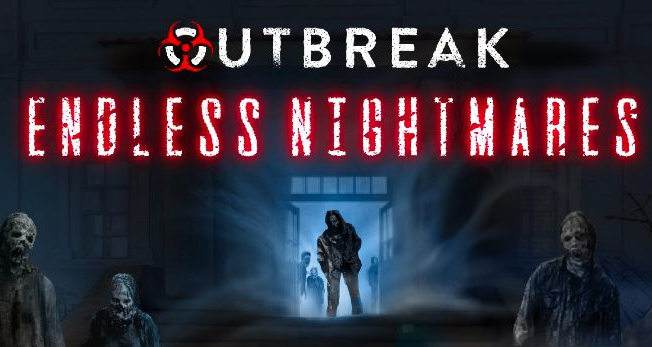 “Outbreak: Endless Nightmares” is finally here and it is out on PlayStation 4/5, Xbox One, Xbox Series X/S, Nintendo Switch and Steam.

Outbreak: Endless Nightmares is finally here and it is out on PlayStation 4/5, Xbox One, Xbox Series X/S, Nintendo Switch and Steam.

This installment in the Outbreak series provides a huge leap in quality for fans of the horror franchise. Dead Drop Studios has added roguelike gameplay and it comes with some startling consequences. Replay value has been greatly increased due the more challenging “anomalies.” Returning fans will know that each anomaly comes with their own powerful weapons, bits of story, and of course deadly puzzles. For the first time in the Outbreak franchise, motion captured animations will be introduced. Outbreak: Endless Nightmares will also include much improved real-time lighting, higher texture rates that will look great on those 4K screens.

Dead Drop Studios has also mentioned that the game will officially include free post-launch DLC and that more info will be released in the coming months. They also revealed that a special bundle containing all six titles in the Outbreak franchise is now available to purchase on PlayStation and Xbox.

Evan Wolbach , founder of Dead Drop Studios, described the game as “a new beginning for the Outbreak series.” This is what he said:

“Outbreak: Endless Nightmares is a new beginning for the Outbreak series. I put everything on the line this time around – creating a much more narrative-driven game while also placing the spotlight on replay-ability. On the technical side, the envelope was pushed pretty hard on this one. Next-gen consoles offer gobs of RAM and real grunt on the CPU front – making 4K finally possible – but I didn’t leave current-gen behind. The Nintendo Switch, for example, is well-served with a solid port that I’m incredibly proud of!”

Outbreak: Endless Nightmares twists the series’ survival horror gameplay by adding elements of roguelike gameplay. You’ll need to explore, hunt for supplies, uncover clues, and fight your way through each anomaly – each consisting of semi-procedurally generated instances where both the environment, and the undead, are out to kill you! Immediately after the events of Outbreak: The Nightmare Chronicles, you find yourself trapped within the remains of Arzt Memorial Hospital – the hub to organize your inventory and storage cache, level up your character, or just to take a breather before venturing back out into the chaos. There’s more to discover in the world besides murderous hordes of the undead – find the journals scattered about to learn more about the outbreak and ultimately where to find refuge! Don’t think death can save you – every time you die, you’ll awake trapped in this nexus. Outbreak: Endless Nightmares focuses on extreme replayability by offering multiple character options – each with their own abilities, upgrade paths and more! Each time you venture into the anomaly, it’ll change and become increasingly difficult as you grow in power. You’ll need to think carefully about what weapons, healing items, and other supplies you’ll bring along. If you’re lucky, you may find storage caches that give you access to your expanded inventory, and offer an opportunity to restock. But it’s all on you to search your environment for supplies. If you run out… your fate is sealed!

The game also includes a great deal of new and improved features. You can check those out below:

You can watch the official trailer for Outbreak: Endless Nightmare below:

Outbreak: Endless Nightmare is out now on all platforms.