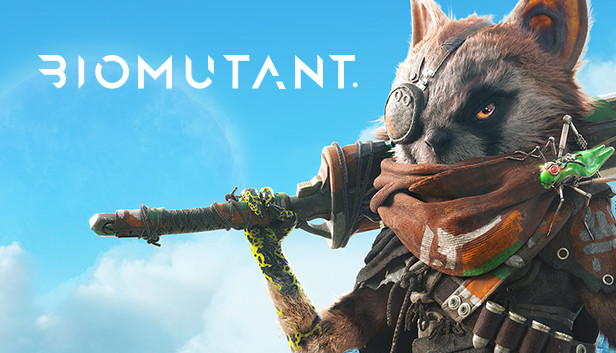 The games’ combat mechanics takes queues from various other games like Ratchet and Clank, Batman: Arkham series, and Devil May Cry to name a few which complements not only the martial art-styled combat system but also the open-world nature of the game that features an 8X8 km long map. The developers focused mainly on character creation and customization as well as the arsenal of weapons that the players can fiddle around with.

With its open-world structure, players can explore the vibrant sandbox that includes dying wetlands, tunnel/bunker networks of the underworld, and find your way up the mountains or out in the archipelago using a mech, a jet ski, or even mounts that are unique to that area. The vibrant and colorful world also offers numerous discoveries to be made, mysteries to unravel and, creatures to confront as you progress through the campaign.

Biomutant features a unique take on 3rd person combat that incorporates learning new Wung-Fu combat techniques that allows you maximum freedom of movement and agility while mixing shooting, melee, and of course, powers from your mutations. The mutation levels vary from recoding your genetic structure to change the way you look and play to being exposed to various bio-contaminations in the world that will lead to mutations like the Turtleform and Mucus Bubble. Exposure to radioactivity as you wade through contaminated bunkers will also affect your mind and unlock psionic mutations like telekinesis, levitation, and more.

With customizations being one of the main themes of the game, players are totally free to equip their characters from choosing the type of gear to don to the various weapons that are created by the players themselves. Equip a gas mask and an oxygen tank for exploring the Dead Zones, thermos-resistant clothes for venturing into cryonic areas, or protective gear for taking on bio-contaminated creatures, the choice is up to you.

Regarding the story of the campaign, Your actions play a major part in the unfolding of a story where End is coming to the New World. A plague is ruining the land and the Tree-of-Life is bleeding death from its roots. The Tribes stand divided, in need of someone strong enough to unite them or bring them all down… You are guided through the world by a Storyteller that narrates every step of your journey, but it’s your actions and choices that’ll decide how your story of survival ends.

When it comes to the current-gen of consoles ie PS5 and Xbox Series X, the game clocks a commendable native 4k at 60 FPS with Dynamic Resolution on the Xbox Series X while the PS5 manages to run it at native 1080P with 60 FPS, upscaled to 4k at 60 FPS with Dynamic Resolution. The option for native 4k @ 60 FPS was deactivated due to stability and performance-related reasons and will remain deactivated for the released version as well. More information on this will however be given out in the future.

Digital pre-orders started more than a month ago for Biomutants on the PS4, Xbox and PC and will officially release on May 25th. Official release date for PS5 and Xbox Series X has not been announced yet but will be sometime in the near future. Stay tuned for more news on that front as we await confirmation from the developers!