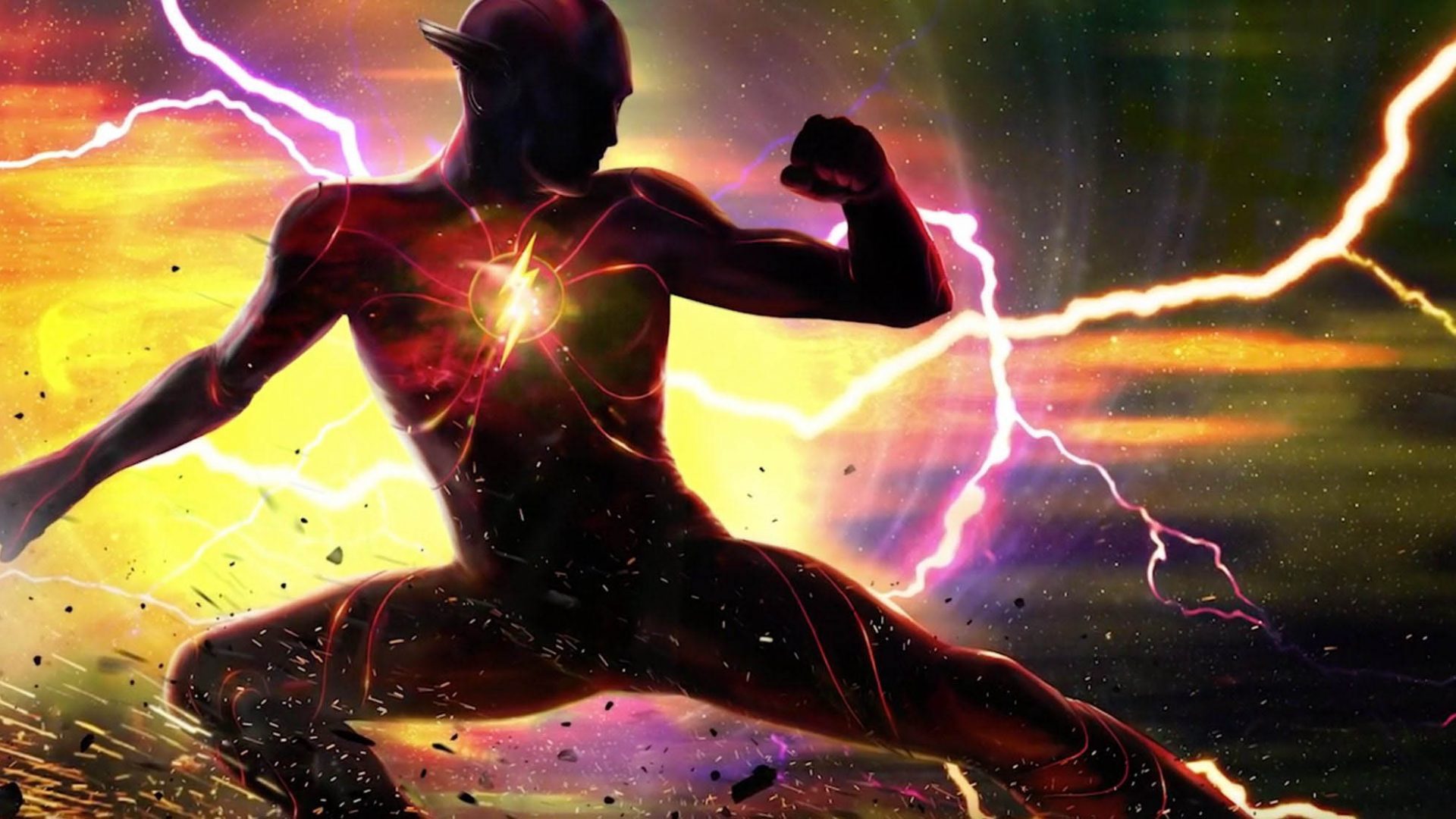 Check out the new title card for the Flash movie as production goes underway.

At long last, production for The Flash has finally begun. What seemed like an uphill battle for years has now reached its end as director Andy Muschietti confirmed the start of production for the highly anticipated film earlier today. After numerous delays, director changes, and other speed bumps, it is extremely rewarding to finally see The Flash find its footing. Muschietti even revealed the official title card for the film, which looks really, really cool. You can check it out below.

The announcement of production starting follows quickly behind the recent news that Zack Snyder’s Justice League visual effects supervisor John “DJ” Desjardin has joined on for The Flash, hinting that we might get to see a return of those awesome speedforce visuals that appeared in the final act of the aforementioned film. With the focus on Ezra Miller‘s Barry Allen/The Flash exploring the multiverse in his upcoming solo outing, getting to see more of the source of the Scarlet Speedster’s powers shown at the end of Zack Snyder’s Justice League would be really exciting.

The Flash is currently scheduled to arrive in theaters in November of 2022, and will see the return of both Ben Affleck and Michael Keaton as their respective versions of Batman, as well as Kiersey Clemons as Iris West. Newcomers include Ron Livingston as Henry Allen, replacing Billy Crudup from Zack Snyder’s Justice League, Maribel Verdú as Nora Allen, and Sasha Calle as Supergirl.

What do you think about the title card reveal for The Flash? Let us know below, and don’t forget to keep up with TCN for more Flash updates as production continues.