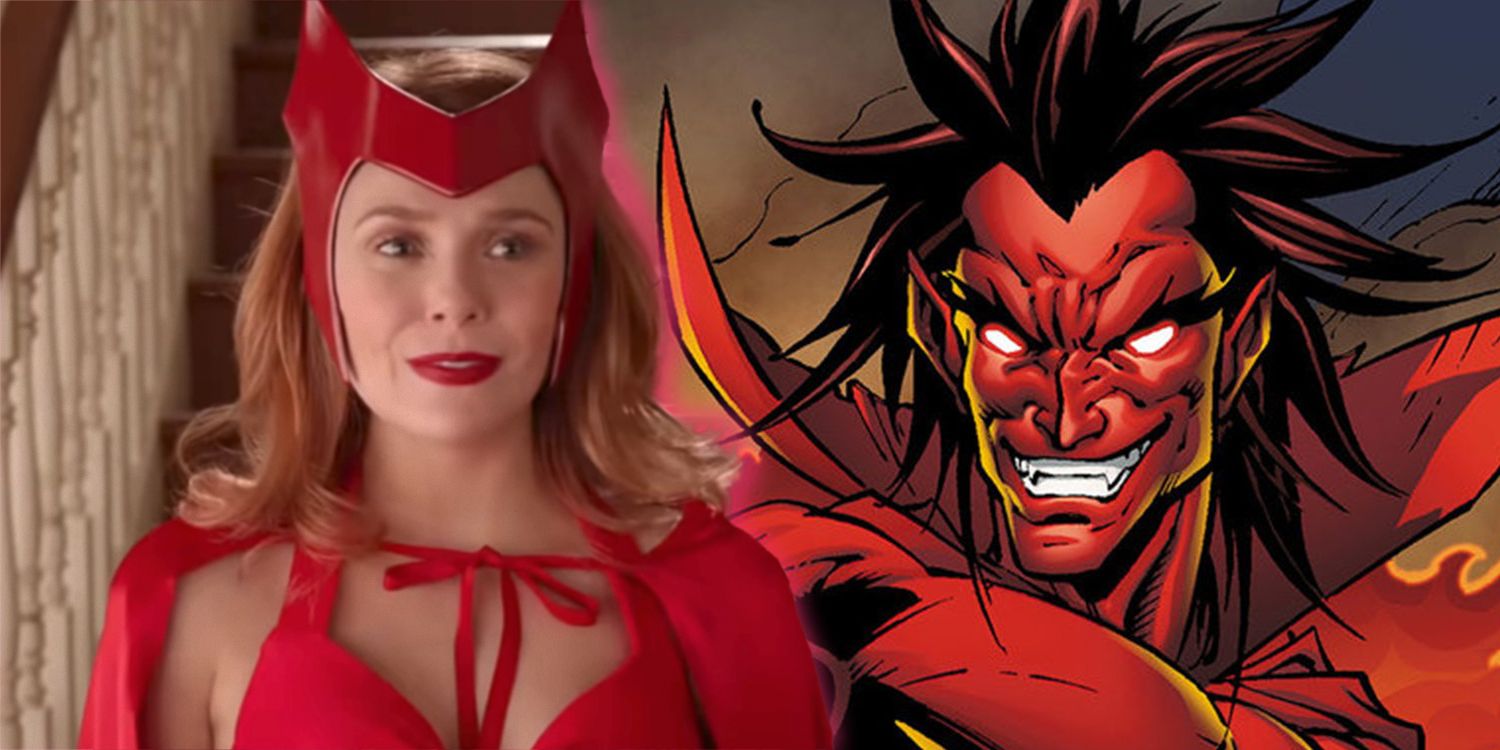 There was a lot of speculation that Mephisto was going to be the “big bad” of WandaVision, and through a recent interview, the show’s executive producer/head writer Jac Schaeffer has now revealed why the villain and even the Sorcerer Supreme himself never showed up.

Marvel Studios’ first Disney+ show, WandaVision, has reached its conclusion and while the series as a whole was universally praised by fans, there’s been levels of disappointment expressed by the fans for the show going against a majority of the fan theories put out there. One of the more popular fan theories that was flown around was the idea of Mephisto, Marvel’s version of the Devil, being the big bad of the series along with Katheryn Hahn’s Agnes/Agatha Harkness. It seemed as new characters began to join the fold, fans almost immediately began theorizing that they were Mephisto in disguise. As the series played out, Mephisto did not show up and it turns out much of the chaos surrounding Wanda and Vision in Westview really was either Wanda or Agatha all along, much to the dismay of fans. Fans searching for reasons why the series ultimately decided to omit the big bad may have been given an answer yesterday and it sounds like Mephisto never factored in to any early plans for the plot.

During an interview with Deadline, WandaVision’s executive producer and head writer, Jac Schaeffer, revealed why Mephisto wasn’t the “big bad” of the series. You can check out her comments down below.

“I mean, the big bad is grief, you know, and that’s the story that we were telling, and then we got a bonus baddie in the form of Agatha Harkness who ended up facilitating Wanda’s therapy, so yeah, I think we feel pretty good about that.”

WandaVision’s EP/head scribe Jac Schaeffer on Mephisto not being the big bad of the series. Via Deadline.

In addition, Schaeffer was also asked why Doctor Strange, who was referenced by Agatha in the series finale, never appeared to set-up Wanda’s role in Doctor Strange In The Multiverse of Madness, and based on her response, it sounds like that might have been something that the series’ writers considered. You can check out her comments on the matter down below.

Schaeffer on why Doctor Strange never appears in WandaVision. Via Deadline.

While fans are sure to be disappointed by Schaefer’s recent comments, WandaVision ushered fans into the new era of Marvel Studios’ storytelling and subtly set up some potentially game changing plot threads moving forward in the MCU. Nonetheless, with series like The Falcon and the Winter Solider and Loki next up on the Disney+ docket, fans certainly have a lot of unique MCU content to look forward to.

While we wait to see how Wanda’s story arc out in the future MCU, Marvel’s next Disney+ show, The Falcon and the Winter Solider, is scheduled to debut on March 19th. You can check out the latest promo for the highly anticipated series down below.

What did you guys think of WandaVision’s series finale? Were you guys disappointed that Mephisto and Doctor Strange ended up not being a part of the series? As always sound off in the comment section below and remember to tune in right here at The Cultured Nerd for the latest news surrounding WandaVision and the rest of Marvel Studios’ Disney+ shows.