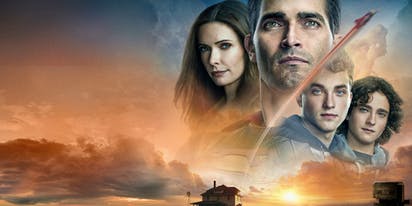 With last week’s debut of Superman & Lois being met with universal praise from critics and fans alike, The CW Network has wasted no time in moving forward with a second season for its newest entry into the Arrowverse.

The CW’s newest Arrowverse series, Superman & Lois, made its highly anticipated debut last week and gave the network its highest prime time ratings in nearly two years. After the pilot episode was met with universal critical and fan appraisal, the CW has wasted no time in planning the future for its new series. According to a new report from Deadline, the CW has already renewed Superman & Lois for a second season.

Mark Pedowitz, who is the Chairman and CEO of The CW Network, commented on the news of Superman & Lois’ second season renewal and you can check out his comments down below.

“The phenomenal multiplatform debut of Superman & Lois, which delivered for us in a big way on both a linear and streaming basis, is a testament to the creativity, hard work and dedication of the talented people who worked tirelessly in front of and behind the camera, especially in this challenging environment. We are thrilled to now have two brand-new bonafide hits in Superman and Walker, both of which have been renewed for next season along with 11 other of our shows, further positioning us for continued strength and stability for next season.”

CW’s Chairman/CEO, Mark Pedowitz, on the renewal of Superman & Lois for a second season. Via Deadline.

While this news may not come as big surprise to fans, Superman & Lois’ second season renewal was announced a week after its debut, establishing the fastest mark any new CW series has been renewed for a second season, which was previously two weeks by The Flash when it debuted way back in 2014. Nonetheless with Henry Cavill returning to the cape on March 18th in Zack Snyder’s Justice League, rumors of J.J. Abrams and writer Ta-Nehisi Coates working on a new film that expected to feature an African American lead as Superman, and the speedy renewal of Superman & Lois for a second season, the future of Superman on screen certainly looks bright.

The Greg Berlanti produced series, Superman & Lois, stars Tyler Hoechlin as Clark Kent/Superman, Elizabeth Tulloch as Lois Lane, Jordan Elsass as Jonathan Kent, and Alexander Garfin as Jordan Kent. You can check out the season promo for Superman & Lois and be sure to check Season 1 Episode 2 of Superman & Lois, which aired last night, exclusively on the CW app.

What do you guys think of Superman & Lois so far? As always sound off in the comment section below and remember to tune in right here at The Cultured Nerd for the latest news surrounding Superman & Lois.