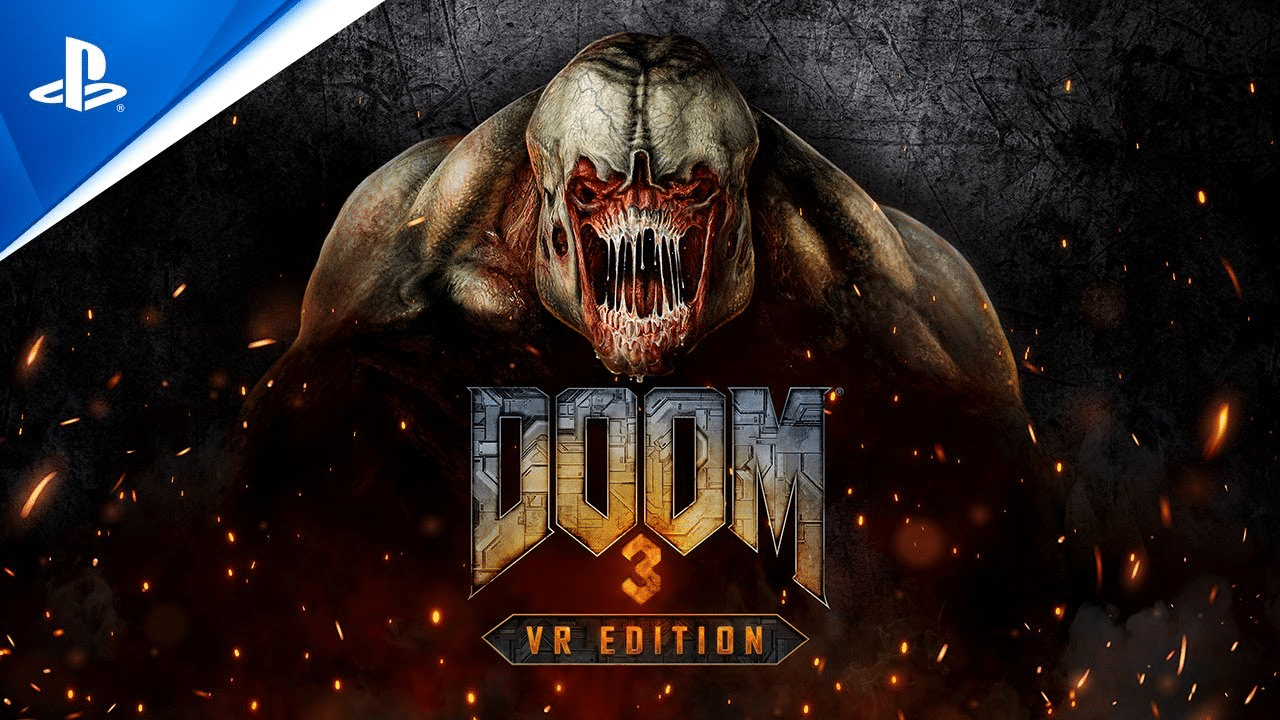 Step into the shoes of the Doom Marine as Doom 3 VR edition arrives March 29th to the Playstation 4 and will also be backwards compatible with the PlayStation 5.

Doom 3: VR Edition features Doom 3 and its expansions, Resurrection of Evil and The Lost Mission, retooled for PS VR technology. Uncover the secrets of the UAC’s unholy experiments, encounter uncanny monstrosities in claustrophobic environments, and wield an arsenal of iconic (and even otherworldly) weaponry with new textures, shaders, and sound effects as you survive against the forces of Hell across over 15 hours of heart-stopping action.

There are added levels of immersion with all-new VR enhancements that allow players to peer around corners, angling your shots with flashlight mounted weapons using motion controls, 180-degree quick-turn functionality to catch demons sneaking up from behind, and an immersive wrist-mounted display to track your health, armor, and ammo.

With Doom 3 being the first game in the series to introduce the reloading mechanic, players can soak further into the terrifying atmosphere of the game in VR mode.

Do you have what it takes to play Doom 3 in virtual reality settings? Let us know your thoughts in the comments below!