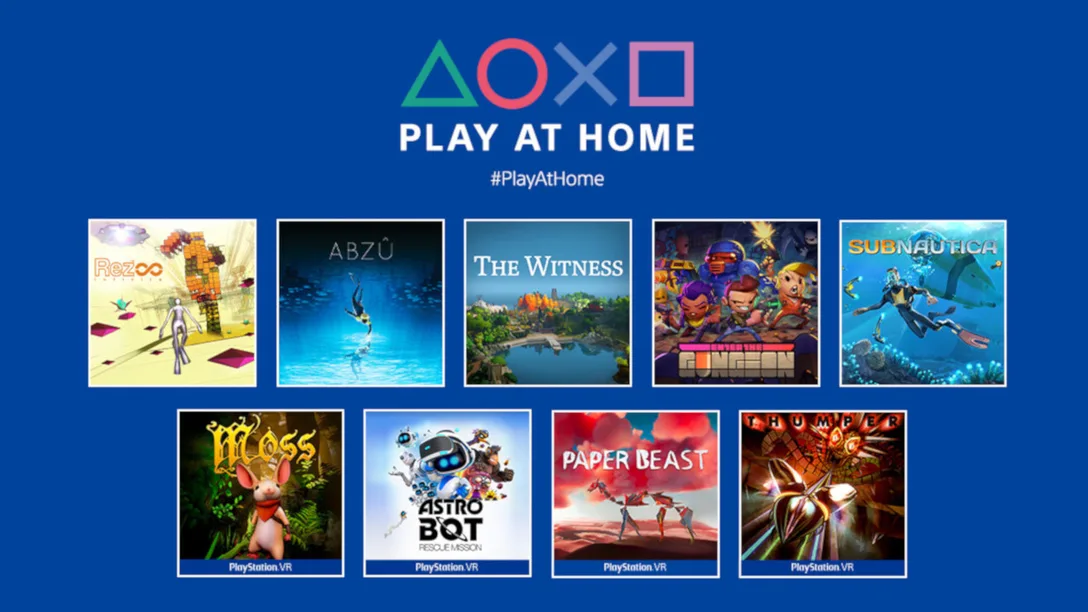 PlayStation’s “Play At Home” free games for March and April have just been revealed.

Sony Interactive Entertainment‘s President & CEO, Jim Ryan, just unveiled all of the free gaming goodness in-store for gamers around the globe. Titles like ABZÛ and Subnautica both stand out from the indie side, while the must-have VR game Astro Bot Rescue Mission will also be available. PlayStation even sweetened the deal further, as the PS4 standout Horizon Zero Dawn will wrap things up in a nice, fun bow.

First, gamers should know that Ratchet and Clank (2016), the campaign’s first free title, is still available to all PlayStation owners until March 31, 2021 at 8pm PDT / April 1 at 4am BST / 5am CEST. Fortunately, those eager to get their hands on all of the new games will not have to wait much longer. Starting Thursday, March 25, the five indie titles and four PSVR games will all be available for their free-to-keep downloads. Soon after that, those same gamers can run across open fields as Horizon Zero Dawn‘s futuristic bow-hunter, Aloy. Check out the official details for all of the games below:

From the artistic mind behind Journey, Flower, and The Pathless, ABZÛ is a beautiful underwater adventure that evokes the dream of diving. Immerse yourself in a vibrant ocean world full of mystery and bursting with color and life. (March 25)

Enter the Gungeon is a gunfight dungeon crawler following a band of misfits seeking to shoot, loot, dodge roll, and table-flip their way to personal absolution by reaching the legendary Gungeon’s ultimate treasure: the gun that can kill the past. (March 25)

Prepare yourself for the ultimate version of Rez, a thrilling journey of sights and sounds and shooting action, remastered and upgraded by members of the original development team exclusively for PS4 and (optional) PlayStation VR. (March 25)

You have crash-landed on an alien ocean world, and the only way to go is down. Subnautica’s oceans range from sun-drenched shallow coral reefs to treacherous deep-sea trenches, lava fields, and bio-luminescent underwater rivers. The water teems with life: Some of it helpful, much of it harmful. (March 25)

The Witness is a single-player game in an open world with dozens of locations to explore and over 500 puzzles. This game respects you as an intelligent player and it treats your time as precious. There’s no filler: each of those puzzles brings its own new idea into the mix. So, this is a game full of ideas. (March 25)

Get a whole new perspective on platform games, thanks to PlayStation VR, in this daring rescue operation. Take control of Astro in a massive adventure to rescue his crew, where the PS VR headset puts you right in the thick of the action. Judge every jump with accuracy and be curious – there are lots of secrets to discover in your daring quest. (March 25)

Moss is a single-player action-adventure puzzle game and new IP from Polyarc tailor-made for the VR platform. In Moss, players meet Quill, a young mouse with dreams of greatness beyond the confines of her settlement. While exploring the woods, she finds a mysterious Glass Relic and an ancient magic is awakened. (March 25)

Thumper is rhythm violence: classic rhythm-action, blistering speed, and brutal physicality. You are a space beetle. Brave the hellish void and confront a maniacal giant head from the future. Every crushing impact is interwoven with a pounding original soundtrack. To reach synesthetic bliss, you must go through rhythm hell. (March 25)

Experience a dreamlike odyssey in virtual reality. Discover a wild ecosystem, born from lost Internet data. Be the first to explore a world inhabited by exotic and surprising creatures, and shape your environment to overcome obstacles and puzzles. Unravel the mysteries of Paper Beast, a game born from the imagination of Eric Chahi (Another World, From Dust). (March 25)

Which game are you looking forward to most? Let us know in the comments!