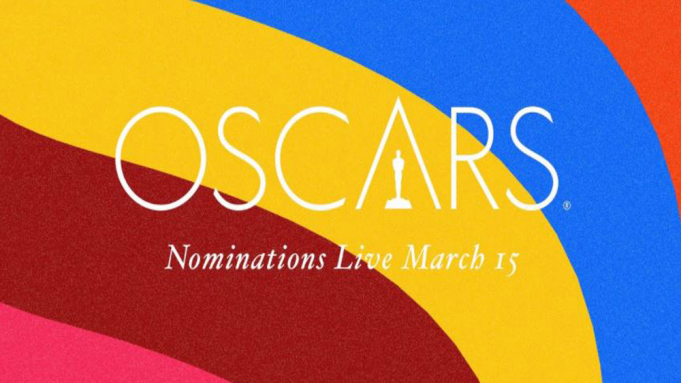 The Academy has announced all of its nominees for the 93rd Annual Oscars. Many surprises and many snubs in anticipation for April 25, 2021.

After the turmoil that was 2020, the status of the awards season was in question. Nonetheless, the Academy Awards decided to reschedule their ceremony from the traditional late-February/early-March date to April 25, 2021, in order to accommodate for late contenders. They also became more lenient towards the theatrical release requirements for films.

Early Monday morning, Priyanka Chopra Jonas and Nick Jonas hosted the live stream where all nominees were announced. Netflix’s Mank leads with the most nominations as David Fincher’s project was called up to compete in ten categories. Mank was joined by seven other films in the Best Picture category where Judas and the Black Messiah and Sound of Metal were the two major surprises. Chloe Zhao’s Nomadland is the experts’ frontrunner to pick up the biggest award of the night.

In directing, history was made as two women will be competing in the category, for the first time ever. Zhao and Promising Young Woman’s Emerald Fennell became the sixth and seventh female directors to be nominated for the award. They are joined by Fincher, Minari‘s Lee Issac Chung, and the unexpected surprise of Thomas Vinterberg for Another Round. Zhao remains the favorite to be triumphant and make Oscar history.

In acting, many new faces were called up, but Academy Award veterans Gary Oldman, Anthony Hopkins, Glenn Close, Viola Davis, Olivia Colman, and Frances McDormand were still considered. Some of the biggest surprises were the inclusion of Maria Bakalova for Amazon’s Borat Subsequent Moviefilm and Minari‘s Yuh-Jung Youn for Best Actress in a Supporting Role. The other shockers were in the Best Actor in a Supporting Role category as Sound of Metal’s Paul Raci and Judas and the Black Messiah‘s LaKeith Stanfield were nominated. Stanfield, who was not considered for any major awards throughout this season, will now be competing in the same category against his on-screen opposite and frontrunner to win the award, Daniel Kaluuya. For Best Actor in a Leading Role, Chadwick Boseman is still considered the favorite for his performance in Ma Rainey’s Black Bottom. In the female acting categories, the race is evenly matched for both awards.

Just like in the Golden Globes, it feels like Spike Lee’s Da 5 Bloods was deserving of more consideration, but it got snubbed for the major awards of the night as it only picked a nod for Best Original Score. This also left out their lead man, Delroy Lindo, from best acting contention. If for political reasons, or early release, or simply the film did not reach out to voters, it will never be known as to why it was snubbed from the major categories. Other snubs that fans could had been upset about was Jared Leto‘s performance in The Little Things, Jodie Foster in The Mauritanian, Rosamund Pike in I Care a Lot, Ben Affleck in The Way Back, or John David Washington and Zendaya from Malcolm & Marie. In directing, Aaron Sorkin (The Trial of the Chicago Seven), George C. Wolfe (Ma Rainey’s Black Bottom), Regina King (One Night in Miami), and Shaka King (Judas and the Black Messiah) were left out of the race.

It should be noted and admired that the Academy highlighted the achievement of women this year as 70 women received a total 76 nominations, an all-time Oscar record.

You can check out the full list of nominees below:

Best Original Song
“Husavik” from Eurovision Song Contest: The Story of Fire Saga
“Fight For You” from Judas and the Black Messiah
“lo Sì (Seen)” from The Life Ahead (La Vita Davanti a Se)
“Speak Now” from One Night in Miami
“Hear My Voice” from The Trial of the Chicago 7

Who are your picks to win this year in all categories? Comment below and stay tuned to The Cultured Nerd for more updates.