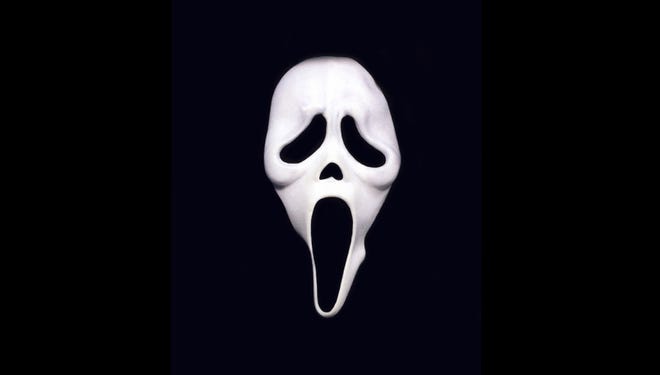 Welcome to Volume 9 of TCN’s Cultured Spotlight, today we will be discussing horror films.

Horror films have been around for generations, and there are dozens of ways you can make a horror film. You can go with big special effects like in Alien or you can have films like Halloween, which doesn’t rely on a big special effects budget. Each person has a different opinion on what makes a good scary movie, so that’s why a few of us here at The Cultured Nerd decided to get together and explain what we think makes a good horror film as well as share a few of our favorites. Welcome to Volume 9 of TCN’s Cultured Spotlight, today we will be discussing horror films.

To me, horror is best measured by the concept and its connection to the audience.  Most modern horror films like to scare audiences with jumpscares and other visuals, but the horror in the plot itself is what makes or breaks a horror movie.  Any movie can do a loud piano strike or popping image to get a cheap scare, but the best horror films resonate with viewers and consist of unsettling themes or implications.

For instance, take Saw.  While the gore is gratuitous and the traps throughout are distressing to say the least, Saw remains one of my favorite horror movies because of its central theme of gratitude.  While Jigsaw and his followers torture their victims, the intention is to make them grateful for their blessings.  The antagonist’s goal of making people grateful is understandable, although the methods are grisly and inhumane.  As an audience we can understand but not support Jigsaw’s mission.

Halloween (1978) is another great horror movie.  It’s a simple film about a man who feels no pain or remorse as he goes on a rampage through his old neighborhood on Halloween night.  If the idea of a emotionless killing machine isn’t terrifying, I don’t know what is.  The film also birthed my favorite sub-genre of horror, slashers, with tropes such as the final girl.

Scream is another great horror movie because it offers a very realistic take on slashers.  Billy and Stu are not perfect villains and make a bunch of mistakes throughout the movie, and as a result they are more believable as serial killers.  Overall the movies in the series as a whole are just a great deconstruction of slasher flicks, offering a more realistic take on horror villains.

When it comes to horror movies, the 70’s and 80’s were the perfect time period for the genre to flourish, paving the way for many horror classics. Three such movies, Jaws, The Thing, and The Shining, are perfect examples of horror films that revolutionized what makes something scary, and continue to be a major influence on the horror genre today. So what does a man-eating shark, a shapeshifting alien parasite, and a haunted hotel have in common that truly terrified audiences for years? To me, the answer is not the content, but the execution. Each opening scene for Jaws, The Thing, and The Shining perfectly creates a sense of dread that sets the mood for the entire film. It’s this introduction that is vital to making a great horror film, as it builds up the feeling of unease and paranoia within the audience until the credits roll.

Jaws, for instance, opens up with a young woman at a beach party drunkenly wading into the waters of Amity Island. Swimming further out, it’s not long until she feels something grab her and shake her violently, her hysterical, waterlogged screams filling the air before transitioning to a chilling silence as she’s dragged under.

In The Thing, as the Norwegian helicopter chases the dog- Thing through the icy tundra of Antarctica, the music drones on slowly, acting almost like an inhuman heartbeat as the two notes repeat over and over.

The Shining opens with an overhead shot of the Torrance family driving up a winding road leading up to the Overlook Hotel as this ominous music swells in the background, giving off the feeling of knowing something sinister is waiting for the unsuspecting family when they arrive.

Joined by excellent music scores, these opening sequences really push Jaws, The Thing, and The Shining towards the top of my list of classic horror films. They perfectly encapsulate the idea of creating a sense of trepidation right from the beginning, and slowly building this feeling up until the final scene.

The Evil Dead franchise has a strange transition from a campy yet disturbing creature feature, to an oddly effective horror comedy hybrid, to a slapstick fantasy movie with a dark sense of humor. To dark comedic creature feature series. Personally, Evil Dead II is when the series is at its best. Sam Raimi expertly marries elements of horror and comedy together to create such a unique experience. I found myself laughing but feeling guilty about it, and feeling genuinely scared by some of the creatures and scenarios. The way Raimi uses disturbing slapstick and Ash‘s questionable sanity makes you fearful for what could happen next. The final act of this movie is also incredibly satisfying. Seeing Ash improvise his chainsaw hand and sawed off shotgun and finally stand up to the deadites that have tormented him for 2 movies was just really gratifying.

1979’s Alien, to me, is a virtually flawless movie. The way Ridley Scott builds up the threat of the iconic Xenomorph and its many forms like the Facehugger and the Chest-Burster. The practical effects have aged like fine wine and look disgusting and jaw dropping. The movie also makes the smart choice to not really have a clear cut main character. This decision doesn’t work in something like Star Wars Episode I, because it makes it hard to get invested in the plot. It works better in a horror movie like Alien because it makes it less clear who will live and who will die. That’s not even to mention the genius design of the Xenomorph by the late great H.R. Giger. The Xenomorph design is iconic and terrifying. All of the aspects of the Xenomorph have a sexual motif to them like the way the creature reproduces or some of the artwork. This movie is just flawless and is the gold standard monster in horror movies.

In The Mouth Of Madness may be the most underrated John Carpenter movie. It stars Sam Neil and revolves around an insurance investigator looking into the disappearance of a famous horror author. I don’t want to give away too much, but the psychological element can get really freaky and the whole movie just feels Lovecraftian in its use of monsters and the existential horror that pumps through this movie’s veins. The movie has you questioning what’s real along with the main character and it always makes you feel uneasy. I don’t want to spoil anything because odds are you haven’t seen this movie and you definitely should. It’s a John Carpenter movie with the feel of an H.P. Lovecraft story, it’s a must see for any fan of John Carpenter.

In my opinion, you don’t need to big special effects and cheap jump scares to make a good horror film. I know it’s easier said than done, but I think all you need to make a good horror film is a well written story and an intense score. If the scary story you’re trying to tell is told and paced correctly, the suspense and jump scares will come naturally. Halloween (2018), Gerald’s Game and A Quiet Place are three good examples of horror films that let everything flow nicely together; the story, the music, and the suspense are there an it’s almost effortless with these films.

Halloween (2018) is a classic in it’s own right. This movie is a sequel to Halloween (1978); that means that anything the original isn’t technically canon, that means we can forget about H20. Michael Myers is on the loose again and it leads to an epic encounter will Jaime Lee Curtis’ Laurie Strode. The whole film is built around these two seeing each other after 40 years. This film is so good because it’s paced well and it’s telling a story that’s been building for over 40 years. There are tons of great moments in this movie, but my favorite part was when Michael Myers goes house to house just slaughtering people. To me, that scene perfectly captured the crazed serial killer we all know and love.

Gerald’s Game is one of the films that likes to induce anxiety into it’s viewers. Carla Gugino plays Jessie Burlingame and she is handcuffed to a bed after her husband has a heart attack. In my opinion, what makes this film so scary is the fact of how something like this could really happen. This movie relies heavily on Gugino’s performance and she delivers perfectly. This movie also does good with building suspense because of information you’re given early on; the grave robber and the wild dog. You as the viewer are completely aware of those things, but the woman handcuffed to bed isn’t even thinking about those things…yet. Oh and she’s hallucinating through everything. The last 30 minutes of the movie is intense and makes the whole movie even better.

A Quite Place is one of those movies that you think will flop, but actually turns out to be a really good movie. John Krasinski wrote, directed, and starred in this horror/thriller about mysterious creatures that are attracted to sound. Some horror movies rely on sound to build everything up, but A Quiet Place relies on how quiet everything is. The lack of sound in this movie was really impressive and I’m glad they were able to make it work. Most of the movie’s dialogue is done through sign language. The movie is also very emotional and heart warming because it shows just how far these parents will go to protect their kids and keep them safe.

What are some of your favorite horror films? Let us know in the comments!