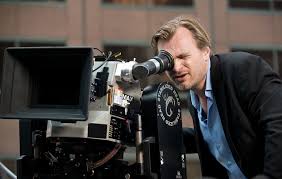 Nolan may decide to leave Warner Bros. in wake of theatrical releases on HBO Max

According to the report from the Wall Street Journal, Christopher Nolan is no longer interested in working with Warner Bros for future projects. Nolan, who is an untiring advocate for the big-screen experience for his films, was left very angered by the decision by WarnerMedia to release their entire 2021 film slate in theaters and on HBO Max simultaneously.

Oh, I mean, disbelief. Especially the way in which they did. There’s such controversy around it because they didn’t tell anyone. In 2021, they’ve got some of the top filmmakers in the world, they’ve got some of the biggest stars in the world who worked for years in some cases on these projects very close to their hearts that are meant to be big-screen experiences. They’re meant to be out there for the widest possible audiences… And now they’re being used as a loss-leader for the streaming service for the fledgling streaming service, without any consultation

If this is indeed Nolan’s final decision, then the time-bending sci-fi spy thriller Tenet would be the final film he has made for Warner Bros. Nolan has made nine films under Warner Bros, delivering hits like The Dark Knight Trilogy, Inception, and Interstellar in the process, which means his departure will be a huge blow to Warner Bros as he belongs to an elite class of directors whose movies usually connects with the audience as well as the critics, generating billions in the process.

Do you think Nolan’s decision was the right one? Let us know in the comments below

1 thought on “Christopher Nolan Reportedly no Longer Interested in Working with Warner Bros. for Future Projects”