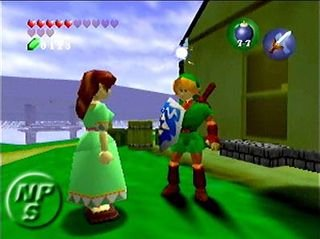 Nintendo 64’s Ocarina of Time beta ROM has been discovered.

Seeing beta versions of older games online is becoming more commonplace as people find or buy old development kits. These things just seem to get forgotten by the original developers with time.

Now, it’s Zelda‘s turn. Forest of Illusion, a group of video game preservationists have come across the prototype Nintendo 64 cartridge for The Legend of Zelda: Ocarina of Time and decided to release the data onto the internet for anyone who is able to understand the cartridge information to be able to see it and record its secrets as a testament to the game’s development.

The cartridge mainly contains data from F-Zero X, however, it was reflashed and had originally housed the Ocarina of Time beta which is believed to have been planned for use for Nintendo‘s Spaceworld 1997 presentation. Not all of the Ocarina of Time data remains, approximately half of the original beta ROM.

As you can see from these tweets, there are a lot of assets included on the development cartridge. Some items made it into the final game, whereas others didn’t. This is obviously something to be expected – ideas change and content is removed in any game.

Are there any other games you want to see beta versions of? Let us know in the comments!