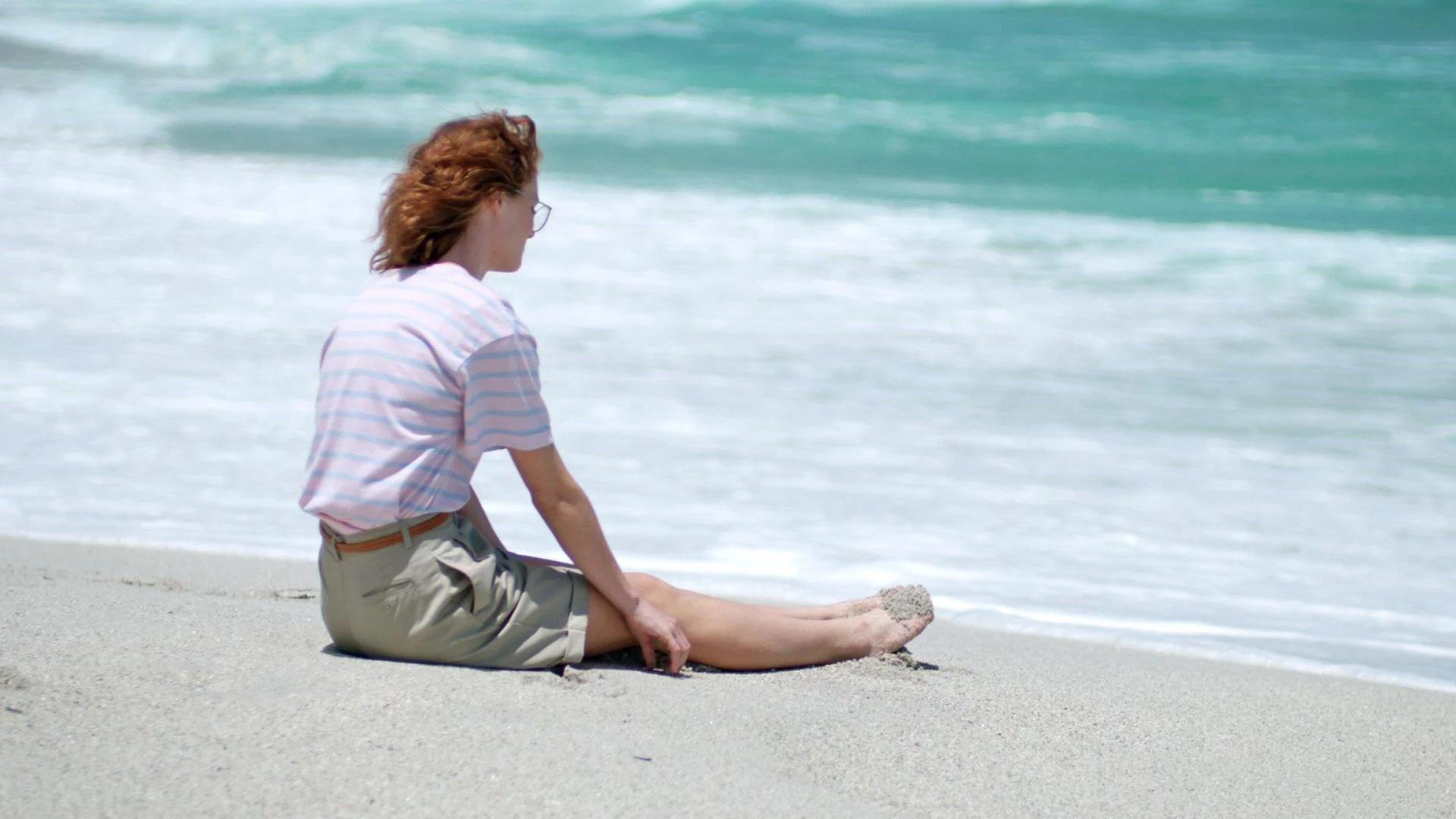 Ever since its first episode premiered in 2011, Black Mirror has taught lessons about modern society and its technological capabilities. Created by Charlie Brooker, the series originally aired on the UK’s Channel 4 for two seasons before finding its way on Netflix, the series’ current home. Across its 5 seasons, Black Mirror has made viewers question our contemporary screen-obsessed culture and where we could be headed in the near future if we are not careful.

Over the years, the series has garnered much praise for telling stories that not only reflect on our social issues today, but do so through compelling narratives with rich characters and clever symbolism. Here are my personal picks for the best episodes of Black Mirror so far.

This is probably the most controversial pick on this list. While it is generally less praised than other Black Mirror episodes, I think “The Waldo Moment” is an underrated episode of the show that shines a light on what politics are like today. Waldo may be a cartoon, but his character is all too similar to the politicians we see in power today. I watched this episode in the midst of the 2020 presidential race in the U.S., and it kind of baffled me how much Waldo reminded me of Trump and Biden in the debates.

“The Waldo Moment” is such a good episode to me because it calls out how politicians become sensationalized caricatures in an attempt to win over the public, rather than actually delivering meaningful changes and policies. Waldo is, sadly, a parody reflection of leaders today who speak loudly but act little, shining a light on how politics in recent years have become a competition around who’s better rather than what changes and decisions can be made for the people.

While the performances are not insanely nuanced or layered as characters from the rest of the episodes on this list, the commentary of “The Waldo Moment” is enough for me to consider it an underrated episode of the series, especially relevant in the political climate we live in today.

“Shut Up and Dance” is probably the episode of Black Mirror most likely to happen in real life, and that is why I think it is so effective at the queasy feeling it seeks to achieve. Throughout the episode, the viewer is filled with dread and nervousness for Kenny (played by Alex Lawther). His desperation to cover up the hackers’ blackmail is initially relatable and reflective of teenage self-consciousness, but those who have seen the episode know that there is more to Kenny’s secret. The dark, disturbing twist at the episode’s end leaves viewers with emotional whiplash, as you go from worrying about Kenny to being disgusted with him.

This episode is probably the only one that truly left me feeling sick when I had finished it, because there wasn’t any crazy technology that could prevent “Shut Up and Dance” from being a reality. Some might criticize how this episode is too steeped in reality and doesn’t have any advanced gadgets or dystopian elements to the story, but I think that is what makes it so terrifying. While most people certainly don’t have secrets as sickening as Kenny’s, the episode raises questions of how much privacy we truly have online.

The simultaneous black humor and deadly serious chemistry between Lawther’s Kenny and Jerome Flynn‘s disgruntled Hector tops it all off, as the episode makes for one of the best in the series, with excellent performances and even more excellent writing that subverts expectations.

“White Christmas” is far from the typical jolly, feel-good Christmas special, as it brings signature Black Mirror cynicism to the holiday season. Released when Brooker was uncertain of the show’s future and before Netflix picked it up, “White Christmas” was filmed with the mindset that it could have been the last episode of Black Mirror. As such, the episode was jam-packed with Easter eggs to the past episodes, which I appreciated as a fan of the previous episodes.

The episode consists of three small stories contributing to the overall episode’s plot—a narrative style also used in season 4’s “Black Museum” to a much less successful degree. The episode spins many different aspects of our culture today—dating, home devices, and the concept of “blocking” someone—into a singular episode through this “stories-within-a-story” style. “White Christmas” raises questions about AI’s potential to feel emotion and perceive the world in the same way that we do as humans, as well as how blocking people prevents us from truly confronting our problems and further complicates our lives and personal issues rather than resolving them.

Jon Hamm‘s character Matthew Trent is probably one of my favorites in the anthology series’ wide range of characters, as he balances a charismatic performance with heinous actions throughout his two respective stories. While he does execute some truly unethical actions in his two stories, his ultimate fate—being blocked by the entire outside world—is a terrifying concept that leaves the viewer unsettled and feeling horrible, especially because of how Hamm portrays Trent’s reaction to his disconnect from humanity. Even worse than Trent’s punishment is that of Joe Potter‘s AI, played by Rafe Spall, who is trapped within the virtual world for 1,000 years a minute—practically an eternity of isolation for the AI, who perceives time as a human would. Combined, these two punishments offer perhaps Black Mirror‘s most terrifying episode ending yet.

“15 Million Merits” was the first episode of Black Mirror that I watched, and boy was it a way to introduce me to the show. It’s one of the more immersive episodes of the series, and yet it all feels so familiar—a world dominated by distractions from a mundane work life, occupied with people desperate for some lucky break and ticket out. Despite it being set in a world of stationary bikes in infinitely stretching garages, “15 Million Merits” retains a certain recognizability as a world where we are more in touch with distractions than we are with reality.

David Kaluuya absolutely kills it as Bing, especially in the culminating scene where he rants on Hot Shot about the excessive escapism everyone in the episode participates in. After watching this episode, I read an article revealing that Kaluuya’s performance actually got Jordan Peele interested in casting him as Chris, the lead role in Get Out. Between Get Out and “15 Million Merits,” I can definitely see the same desperate energy in Chris and Bing, which just made me appreciate the episode more. Kaluuya brings a raw energy to the episode, with his performance making “15 Million Merits” shine as one of the best in the series.

The ending for “15 Million Merits” is haunting and delivers a gut punch just because of how real it is. Bing speaks the truth on Hot Shot, only to become a sell out; what began as a genuine display of emotion became a manufactured performance. It certainly highlights the lack of emotional expression and sincerity in our society today, as well as captures how difficult it is to escape the monotony of working life and the distractions that accompany them. As one of the first episodes of Black Mirror, “15 Million Merits” explores the trademark cynicism and foreboding themes of technological obsession that would go on to define the show in future episodes.

As you may have surmised from the thumbnail for this article, “San Junipero” has to be my favorite episode of Black Mirror by far, and it isn’t even a competition. Black Mirror has always had a way of immersing the viewer and evoking strong emotional reactions—I’ve winced, cringed, and shouted while watching several episodes—but “San Junipero” is the episode that punched me the hardest in my gut. It’s a powerful episode that took me, as a viewer, on a rollercoaster of emotions.

The main reason this episode works is because of the amazing chemistry between the two leads, Mackenzie Davis (Yorkie) and Gugu Mbatha-Raw (Kelly). Black Mirror always ensures the human story is amplified by the messages with technology, but this episode does it especially well, investing us in the love story between Yorkie and Kelly before properly introducing us to the technology of the episode. I genuinely found myself rooting for them since their first interaction, which is why the reveal of the twist halfway through the episode struck me especially hard. Davis’s earnest, lonely, and unassuming portrayal of Yorkie contrasts perfectly with Mbatha-Raw’s simultaneously extroverted and emotionally closed-off performance as Kelly. It was truly wonderful to see the two develop as characters because of each other, as Yorkie grew more confident and Kelly learned to be more open, ultimately leading to happiness for both characters.

Of course, the ideas besides the love story also make for some rather interesting discussion. The idea of living after death in a virtual reality world really makes you think of the potential technology has; while the idea is pure science fiction as of now, it is actually very interesting to consider the likelihood of something similar to this existing in the future. It also draws some similar questions from “White Christmas”—is a digital copy of your mind really you, or just a sophisticated AI? The episode also reminds us that growing old does not mean we lose our passions or our dreams in life, but rather continue growing as people, as the episode is unusually optimistic about technology and what it could do for us—a welcome departure from the series’ usually bleak outlook.

“San Junipero” as a whole is packed full with thought-provoking concepts presented through gut-wrenching performances, making it the epitome of Black Mirror storytelling.

While I personally consider these episodes the best of the series, every single Black Mirror story has something unique to offer. Not only is every episode produced extremely well, but each also incites thoughtful concepts and questions about technology and the direction we could go in if we do not handle it correctly. The five aforementioned episodes are, of course, my own personal favorites, so let us know in the comments what episodes of Black Mirror you personally enjoy!