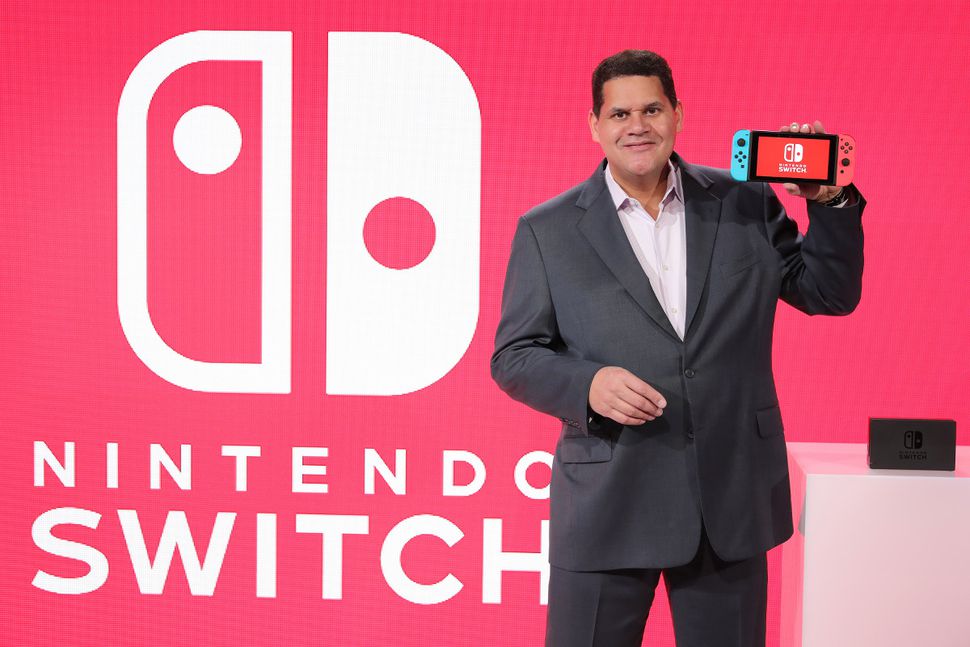 The former President and COO of Nintendo of America recently appeared on a Twitch stream, where he opened up about the pressure he experienced during the development of the Switch.

It’s no secret just how much was riding on Nintendo to deliver the next big thing with the Nintendo Switch. The hybrid console’s predecessor, the Wii U, sold just a little over 13 million units over the course of its lifetime, middling sales figures compared to the company’s latest endeavor.

Former President and COO of Nintendo of America, Reggie Fils-Aimé, recently appeared on a Twitch stream of the New York Game Awards with industry counterparts Jack Tretton (Sony Computer Entertainment America) and Robbie Bach (Entertainment & Devices Division at Microsoft Corp.), both of whom have since retired. In the stream, he opened up about the pressure he experienced as then-COO of Nintendo of America during the Switch’s development, hot off of the commercial failure of the Wii U.

“You know, Nintendo has done so many innovations in the space… I think what Nintendo did with the Switch, after the poor performance of Wii U, I think to me and what I was part of, that’s my lasting memory… People forget, when the Wii U launched, the performance over that life cycle was so poor, I mean it was the worst-selling platform, I think maybe Virtual Boy was a little bit worse, but Wii U underperformed pretty radically in the marketplace.”

Contrast the lifetime sales of the Wii U with the Switch, which has sold over five times as many units in only half of its lifetime.

“[When] your only business is video games that next had to be successful and the Switch continues to be a dynamic platform – selling exceptionally well. And the ability for the company to come up with the concept, to bring it to life, to bring it to the marketplace, to have not only great first-party content but great third party and independent developer content – that is going to be something I will always be proud of… Along with so many of the other things I was part of, but the Switch really was a make or break product for the company and luckily it was a hit.”

This isn’t the first time Fils-Aimé has opened up about the poor performance of the Wii U. In a lecture at Cornell University, the former President referred to the console as a “…failure forward” as its commercial failure ultimately led to the astronomical success of the Switch. To further contextualize the Wii U’s underperformance, its predecessor, the Nintendo Wii, was a sales juggernaut, ending its lifetime with a total of over 100 million units sold. Its sister device, the handheld Nintendo DS, sold over 150 million units across all of its incarnations. And while the Wii U’s poor performance was buoyed by the relative success of its sister device, the Nintendo 3DS, Nintendo’s days of economic instability seem, at least for the moment, to be behind them.