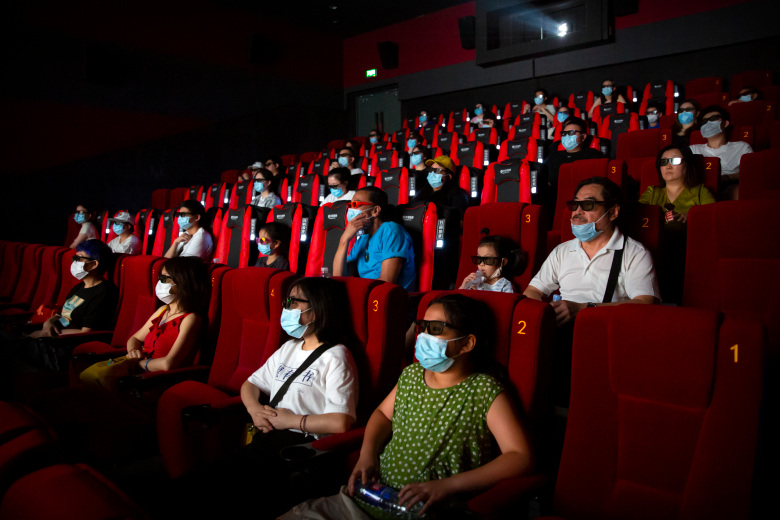 There’s still hope for independently owned movie theaters with a proposed $15 billion to be allocated to those hit the hardest in the entertainment industry as part of the most recent COVID-19 relief package.

The relief package will provide $15 billion to theaters and live venues in a last ditch effort to keep them afloat while this pandemic continues to surge across the world. Being toted as a the Save Our Stages Act, small- and medium- sized venues with less than 500 employees who lost at least 25% of their average revenue will qualify for aide. This will extend to all those involved in the entertainment business including venue operators, promoters, producers, performing arts organizations, museum operators, and talent representatives.

Those making less than $75,000/year can expect another round of stimulus checks, this time only amounting to half ($600) of the original $1,200 that was sent out through the CARES Act this past spring. The $600 will begin to decrease for those making above $75,000/year and will not be available for those making over $99,00/year. Unemployment benefits will also be extended for 11 weeks, providing a $300 weekly bonus for the duration, half of the original $600 weekly bonus that was provided through the CARES Act.

With theaters being shutdown world wide, studios had to get creative, many went with the streaming route, including Disney+. The decision was made this past summer to release supposed blockbuster Mulan on the streamer the same day as its theatrical release, but with a $30 rental tag slapped on it. After garnering a less than stellar reaction from subscribers, Warner Bros. decided to go in an almost unheard of direction with their new (but rapidly growing) streaming service HBO Max. According to WarnerMedia CEO Jason Kilar, the studio will release all of their 2021 films to the platform the same day as their theatrical release, the kicker, at NO extra cost to the active subscriber. These decisions have delighted fans and helped the studios bottom line, but the end result as been an even greater strain on independently owned movie theaters across the country.

The bill has not been officially passed, however, this is as close as we have gotten to Republican McConnell and Democrat House Speaker Nancy Pelosi agreeing on a stimulus package before the end of the year. This bill, however, will only be about 40% of the cost of the CARES Act, which was first passed in early spring to the tune of $2.2 trillion.

The actual text of the legislation for the new bill has not been released, the House is expected to vote on the bill later tonight. The Senate will then follow closely afterwards, hopefully allowing a relief package to make its way to those who need quickly after the new year. Most benefits from the CARES Act expired in the summer, leaving millions of Americans to fend for themselves in an unprecedented time.

What do you think of this new relief package? Do you think $600 is really going to “stimulate” anything? What do you expect the landscape of in-person theater going to look like in 2021? Share your thoughts in the comments below or reach out to our official TCN Twitter account.