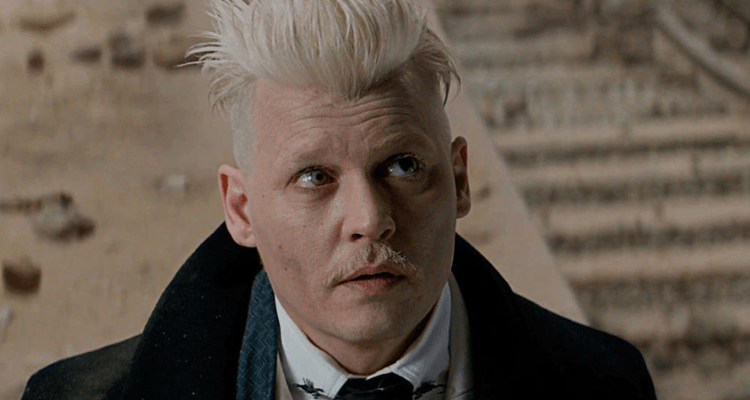 Johnny Depp released a statement indicating that he is stepping down from his role as the dark wizard Gellert Grindelwald in the Fantastic Beasts film franchise. The news comes after his recent failed libel case against The Sun, a British tabloid newspaper, that wrote an article in 2018 that labeled the actor as a “wife beater.”

Depp posted to Instagram earlier today to inform his fans of his exit;

“I wish to let you know that I have been asked to resign by Warner Bros. from my role as Grindelwald in ‘Fantastic Beasts’ and I have respected and agreed to that request,”

The spin-off franchise was originally set to have a five-film arc, seemingly including Grindelwald every step of the way. When Depp was first cast, there had already been some backlash as allegations against his then wife, Amber Heard, were beginning to surface. Since then, the two have been back and forth in court, accusing one another of some form of physical, mental, or verbal abuse. There are still on-going cases involving the two and their disgruntled marriage.

Depp reaffirmed with his post that he’ll remain to fight for his name in court, “Finally, I wish to say this. The surreal judgement of the court in the U.K. will not change my fight to tell the truth and I confirm that I plan to appeal,” he said. “My resolve remains strong and I intend to prove that the allegations against me are false. My life and career will not be defined by this moment in time.”

A spokesperson for Warner Bros. has stated that “Johnny Depp will depart the ‘Fantastic Beast’ franchise. We thank Johnny for his work on the films to date,” confirming the departure. He first appeared as the character in 2016’s Fantastic Beasts and Where to Find Them, essentially cameoing for a minute at the end of the film. Depp later had a more sizable role in 2018’s Fantastic Beats: The Crimes of Grindelwald. As a branch from the wildly popular Harry Potter universe, the two films had little issues garnering nearly 1.5 billion dollars between the first two installments.

The studio is now looking for a replacement for the role of Grindelwald, who was set to be the next films main villain. With that in mind, WB has delayed the film, moving from November 2021, to summer of 2022. Hopefully this extra time results in a better script, as 2018’s The Crimes of Grindelwald was given a lukewarm response by critics. The sequel even grossed nearly 150 million less than its predecessor, showing that the audience can realize when you’re just phoning it in.

How do you feel about Depp exciting from the Fantastic Beasts franchise? Who do you think would be choice to play Grindelwald? And why did you choose Colin Farrell? Let us know in the comments below or join in the discussion on the official TCN Twitter.