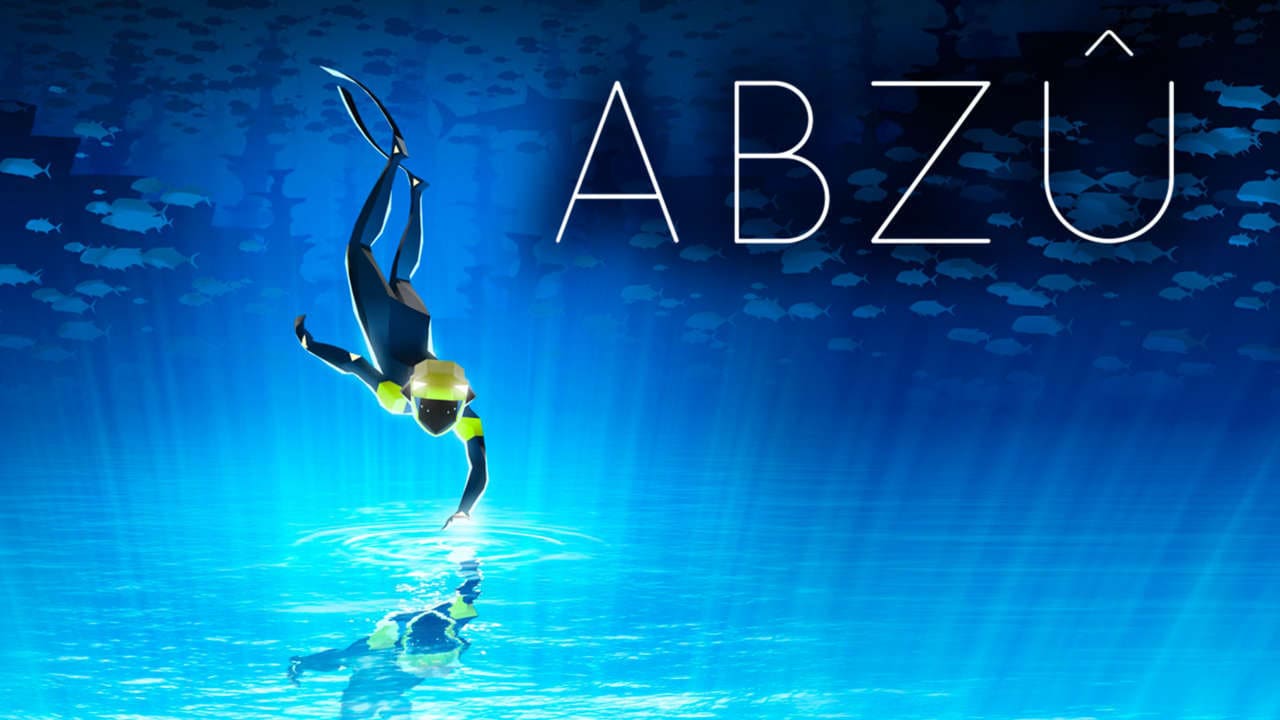 “Abzu” is beautifully designed game and it was a lot fun to play. “Abzu” is out now on all platforms and is currently free to claim on the Epic Games Store.

Abzu is beautifully designed game and it was a lot fun to play. Giant Squid Studios did an incredible job with developing this game. Abzu is out now on all platforms and is currently free to claim on the Epic Games Store.

There isn’t a clear plot for Abzu, but the goal of the game is fairly obvious. Your main goal in the game is to unlock certain waypoints on the map. Unlocking the waypoints is really easy but the game isn’t mean’t to be challenging. Abzu is a beautiful game and its big selling point is with it’s design. You will travel across an enormous map filled with all kind of aquatic life. If you’re lucky, you might even find Nemo (sorry, I had to). Once you unlock one of the waypoints, you’ll be presented with a beautiful visual of a specific that you would have seen during that level. You even can ride on certain animals!

There is more background to the game that remains a mystery. Through the game you will pass through these giant prisms that look like they might be alive. There is also a Great White Shark that seems to follow you as you progress in the game. Each level has a certain thing you must do before you can pass; it could either pulling on a chain or finding a certain fish. There might not be a serious story to follow, but the game is mysterious and is just simply beautiful.

The visuals are very pleasing and is a big reason why this game is as good as it is. The aquatic animal were each very well designed and were simply amazing. My favorite part was when you get to swim with the whales. The lighting underneath the water was really good and I was very impressed.

I didn’t notice any drops in the frame rate, even when there was a lot going on in the game. The developers paid attention to the details and you can tell once you go further down in the ocean. The color nice and vibrant at times and overall the game had a very nice aesthetic.

The controls can be annoying at first because of rotating the camera works, but thankfully the game does offer you the chance to change whenever you want. L2 lets you ride on animals and R2 lets you move. The Circle button lets you do flips; it doesn’t really provide a purpose to the other than doing cool flips. The X button lets you speed up; this becomes very useful towards the end of the game. Lastly, Square lets you select items to use them.

Abzu features a pleasant and soft soundtrack. The soundtrack doesn’t do anything as much as creating excitement, but it fit well with the game’s overall tone. The soundtrack was a joy to listen to while you’re swimming around the map. The sounds of the water and the aquatic life was amazing and sounded almost realistic in a way. The shark eating the robot was loud and was a good jump-scare.

The game’s beautiful design and layout is all the replay value you need. Plus, trying to figure out what the giant prisms are is definitely a reason to keep playing or to even play it again. Also, this game is very relaxing and is overall a game that everyone should try.

Overall, Abzu is a fun, beautiful, and aesthetically pleasing game. The game’s stunning environments are a big reason why it is so good and it’s complimented with a very pleasing soundtrack. I’d highly recommend playing Abzu since it’s now free to claim on the Epic Games Store. Abzu is one those games where you actually have to play it to understand how good it is.

Below you can watch the official trailer for Abzu: