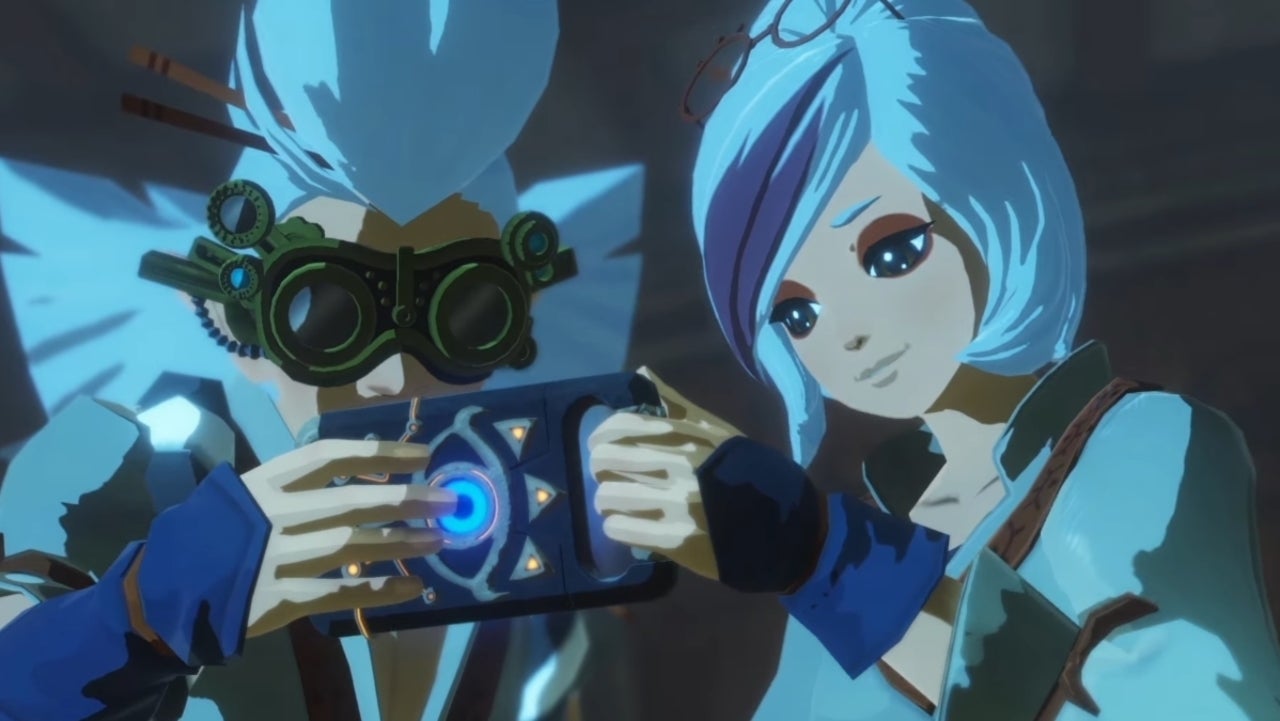 We get glimpses of Shiekah researchers Purah and Robbie in the new Hyrule Warriors: Age of Calamity trailer.

Earlier this morning Nintendo dropped a new teaser trailer for the upcoming Zelda spinoff, Hyrule Warriors: Age of Calamity, giving us a glimpse of a few familiar faces from The Legend of Zelda: Breath of the Wild.

The trailer is short, but offers a bit of new information regarding a few of Link‘s allies; the two Sheikah researchers from Breath of the Wild, Purah and Robbie. It is unclear as to whether the duo will be playable characters or not, but they seem to have an important role in the Age of Calamity’s story.

We get a brief shot of Robbie’s workshop at the Akkala Ancient Tech Lab, with the small egg-shaped Guardian resting on the table, hinting that Link, Princess Zelda, and Impa might be in need of some help figuring out the origins of the little droid. The final shot is of both Purah and Robbie holding the Shiekah Slate, teasing their involvement in teaching Princess Zelda how the tablet works and how it can aid in their struggle against Calamity Ganon.

Nintendo has announced more updates tomorrow morning during the Nintendo Treehouse: Live livestream, showing off gameplay for both Age of Calamity and Pikmin 3 Deluxe.