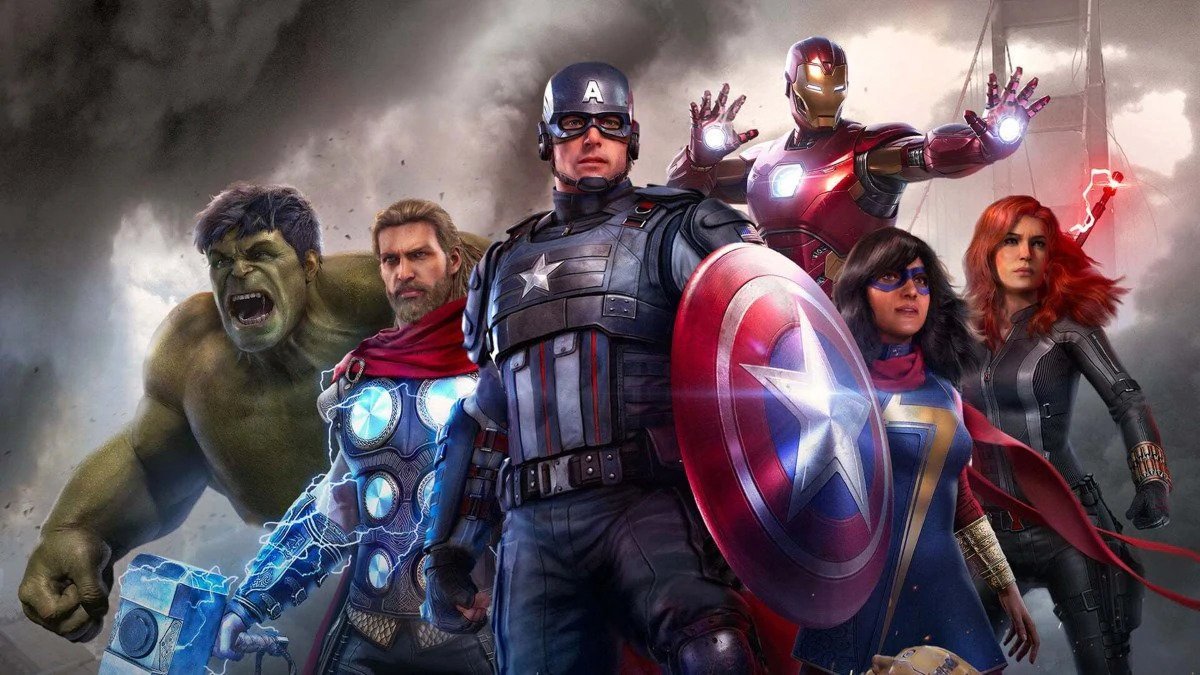 After nearly over 3 years of development, Square Enix, in collaboration with Crystal Dynamics, Eidos-Montreal and Crystal Northwest, finally bring Marvel’s Avengers to PlayStation and Xbox consoles via retail shelves and digital storefronts everywhere. Is it worth the wait?

Marvel’s Avengers is an Action Brawler with RPG elements that tries and succeeds at some aspects of the game but falls short in others, which we will attempt to review spoiler free… This venture as Earth’s mightiest heroes is, by no means, a “terrible” endeavor…. but unfortunately as it stands with it’s current issues, it’s just not an overall “great” experience either. There is just a lot holding it back from being the true Avengers experience it is capable of.

The story begins with the prelude event known as the A-Day disaster: a massive public celebration for our heroes turned into a horrific terrorist attack, in which the Avengers fail to stop the elusive Taskmaster from slaughtering countless innocent bystanders, resulting in the loss of a core member of the group – severely fracturing the self-esteem of all on the team. Five years later, “super heroism” has been outlawed, the Avengers have been disbanded and from the ashes of Stark Industries has risen “A.I.M.”: an evil corporation that uses their power to enforce their own law and abduct inhumans for their own experiments. With newfound powers, Kamala Khan must seek out the last surviving heroes to reform the Avengers and mend old wounds while uncovering A.I.M.’s master plan.

The plot itself isn’t any worse than your standard MCU movie. There are some strong moments that resonate emotionally in some scenes, which is definitely helped by some great voice acting (with the likes of Nolan North, Troy Baker, Jennifer Hale, Arif S. Kitchen and countless other amazing voice actors). However, various plot points seem to be rushed over, disappearing in mention as quickly as they appear. For example, Kamala receives her powers off-screen and their origin is just told to us, rather than shown and explained. There is also (very minor spoiler) an Abomination appearance that ends almost before you realize it started, without any real reference to his backstory or relationship to the Hulk. That said, what narrative this title provides is good, but definitely could be stronger given the vast source material found in the comics and even the movies.

While reviewing Marvel’s Avengers via the Base PS4 platform, we noticed some glaring technical issues. For starters, frame rate drops were common – some frame drops were so bad, it would almost ruin sections of combat when action grew intense. While I never encountered any “game breaking” glitches or problems, I’ve heard many people have, some even making them restart from checkpoints. I really hope and expect the title’s next-gen iterations to perform much better given the boost in hardware specs. I also noticed delayed texture pop-in and character models that didn’t finish loading until halfway through the cutscene (no joke). As far as graphics in general, they are alright, nothing amazing, but still good. For more of a detailed technical deep dive into the game’s performance, I highly recommend Digital Foundry’s early look at the game on various home consoles HERE & HERE.

Each of the Avengers playable characters control and feel genuinely unique and different to play as. Regardless of earlier concerns, as I progressed deeper into the game, I personally felt every character functioned and controlled well enough. Traversal is fun and as it varied for each character, it never felt like a chore getting from checkpoint A to B. Everything is very responsive and works well.

The music is fairly standard, although I couldn’t really point to any stand-out tracks they all sounded bland when compared to the action happening on screen and even began blurring in together sonically. The sound effects actually really hindered the combat as hitting enemies or defeating enemies should feel great and destructive, but instead, successful attacks sound unsatisfying, generic and as flat as punching a wall. Iron Man has some of the nicer character sound effects with his repulsors and his heavy attacks were the only ones I found to be fun to pull off with match audio fidelity.

As far as replayability goes, I felt this is where Square Enix’s Avengers fell the shortest. All of the missions, after any lengthy play-through, start to beginning to feel the same. The combat and cast of characters are varied enough themselves to keep it fun for the hardcore fans for a little while, but Avengers can get very repetitive after long periods of time. Outside of the main campaign, multiplayer is considered by many to be a huge factor in its replay-ability. Structurally, the game can often feel like Destiny in that you and friends can grind through different war zones and overcome waves of enemies for a chance at loot and resources to strengthen each of your characters.

However, I found their gear system to be half baked, as it doesn’t change your appearance to much effect to the overall game; nor did I ever feel myself getting more powerful with each piece of gear. It’s a problem found in most modern RPGs, where the gear progression is so minuscule in it’s usefulness, you barely if at all notice a difference. At least in other RPGs, you have at least a cosmetic incentive to seek new gear, but not here. This makes playing the game after the main story or even playing through the side content almost pointless. Unlocking different move sets for your characters and the ability to play with friends, either online, or locally, may keep you coming back. I also have no doubt there’s potential DLC in the game’s future to boast it’s replay factor: DLC characters like Spider-Man (a PlayStation Exclusive) and maybe more downloadable missions could have players returning.

In all, Marvel’s Avengers delivers a reasonably fun experience for hardcore fans but will leave some disappointed in it’s gear progression and repetitive nature. It is by no means a terrible game and has a lot of fun elements, “Holy S#!t” moments, and missions to enjoy. Unfortunately, there just isn’t a whole lot to keep you playing past the main story apart from playing with friends and future DLC. If you have friends who you can co-op with and you enjoy a good MCU movie, this can be a good time. If you’re looking for a game you can really get into and play for a long time and grind for loot and resources, then Marvel’s Avengers really isn’t for you.