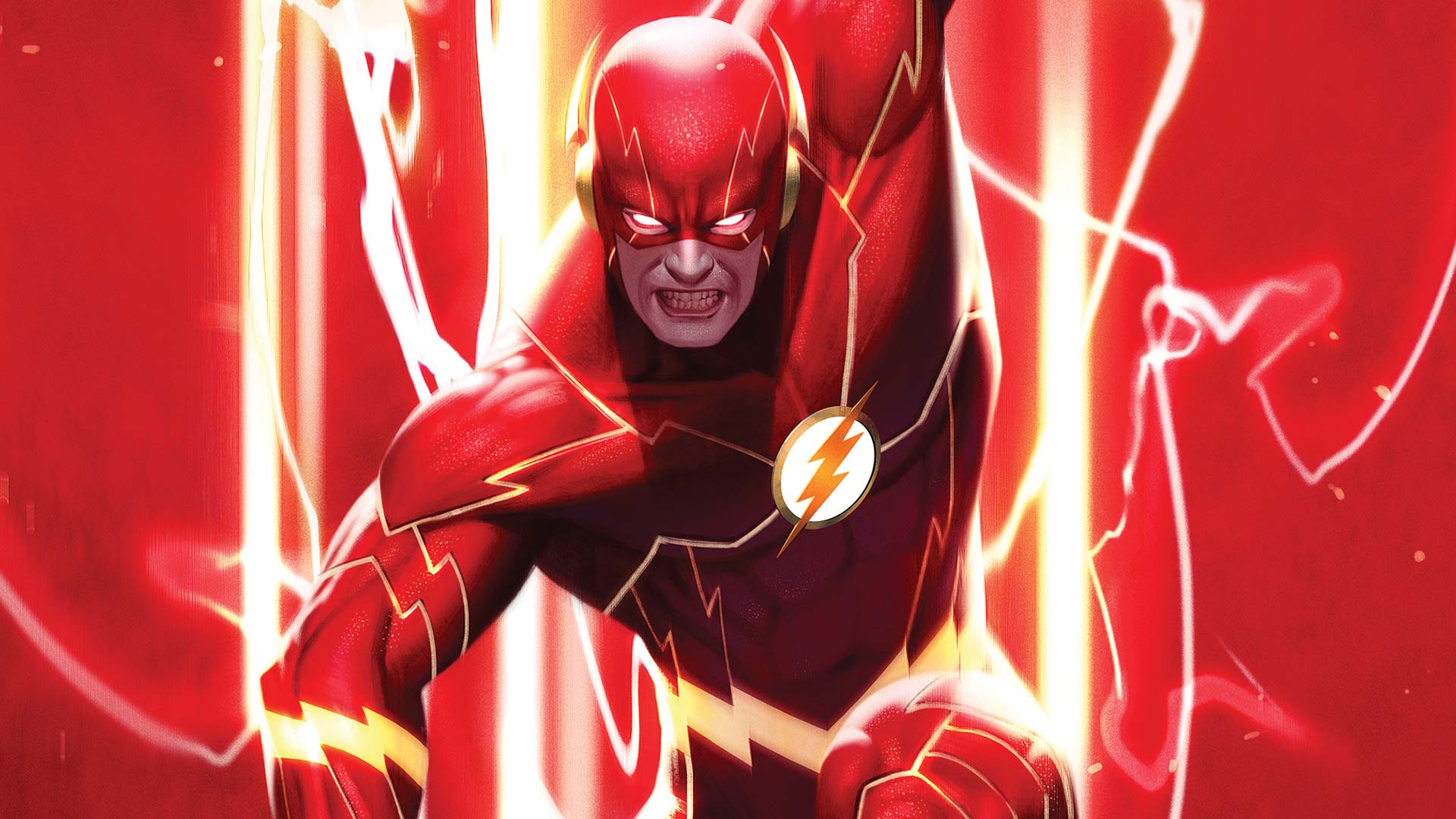 Joshua Williamson wraps up his run on The Flash comics with “Finish Line”.

Well, the time has come for Joshua Williamson to wrap up his run on The Flash and he does so in excellent fashion. Finish Line was a good story to end on and it captures a lot about The Flash and who the character is. There are a lot of big reveals in this story, including the potential big bad for the next writer. Finish Line takes place from issue #759 to #762.

In Finish Line, we see the aftermath from Legion Of Zoom, and we find Barry Allen stuck in the Speed Force. We do get to see a ton of returning characters for this and it was really cool to get to see some of them again. Getting to see Eobard Thawne and Barry fighting is always nice but Williamson changes it up a little in this story. The first two issues primarily show that Eobard, now taking over Barry’s body, going around doing things that he thinks The Flash should’ve been doing. The plot really starts to develop once he brings Bart Allen into the mix. Bart figures out pretty quick that this isn’t Barry Allen and takes action into his own hands. While Barry is figuring out to escape the Speed Force with the help from a few old friends, the Flash family takes on the Legion of Zoom in a quick fight that didn’t really feel necessary. Seeing Eobard struggle with not being Barry was nice to see, but I think this aspect of the story should’ve been played out a little bit longer. It would’ve given the character more time to develop and to explore this side of Eobard a little more. Eventually Eobard shows off a more powerful version of his Legion of Zoom and I’m not sure why this new line up wasn’t used in the first place.

We get to see a final battle between the Flash family and the Legion of Zoom and it’s a lot to take in. We get a beautiful two-page spread showing off the battle and you can check that out in the image below. The battle was a lot of fun to read and the art really helped it. Seeing different members of the Flash family take on past villains was a treat. There are some huge surprise returns, but to find out who they are, you’ll have to read it yourself. Before the battle wraps up, we learn about the true impact Eobard has had on the life of not only Barry, but also the rest of the Flash Family. The ending of Finish Line felt like it was rushed. It was good, but there was a lot for they could’ve added to it.

The storytelling is good in this arc because of the dynamic between The Flash and Reverse Flash. If you’ve been reading Joshua’s Williamson’s run since the beginning, you’ll notice and understand some of the things he’s been building up to. He even drops a little teaser for the next big bad and I can’t wait. As I mentioned before, the pacing is nice, but the story could’ve been dragged out by at least one more issue. I say that because there’s a lot more that could’ve been done with Eobard being in control of Barry’s body. He could’ve done some real damage to the Flash’s legacy but instead he just stopped a few robberies. But overall Finish Line was an excellent story to show what Williamson has done for the character.

The art in this story couldn’t have been any better. I was right in my Legion of Zoom review when I talked about how the art was drastically different when showing the real world vs the Speed Force. Rafa Sandoval and Scott Kolins do the art for #759, Christian Duce and Kollins for #760, and Howard Porter for issues #761 and #762. Since these last few story arcs have been about the legacy of The Flash, it was nice to see some of the classic villains and old characters return. I said it in the previous review and I think it implies to this one as well; Sandoval draws the villains better than The Flash. He draws a great Flash but there is something about his villains that he does really well. Porter’s art will always be my favorite when it comes to The Flash. He gets everything from the lighting to the wings on the cowl just right. He also makes the Reverse Flash look very sinister and it’s incredible. The panels have also been nicely place lately. It helps guide the reader along without causing any confusion on where you should be looking.

Overall, Finish Line was a good story that could’ve used some more work areas, but was an all around good read. It’s got fantastic art, great storytelling, and a good ending to an epic Flash run by Joshua Williamson. With all of that being said, I highly recommend reading Finish Line if you’re caught up on your comics because it’s a story you really don’t want to miss out on!

Have you read Finish Line yet? If you have, let us know your thoughts in the comments!