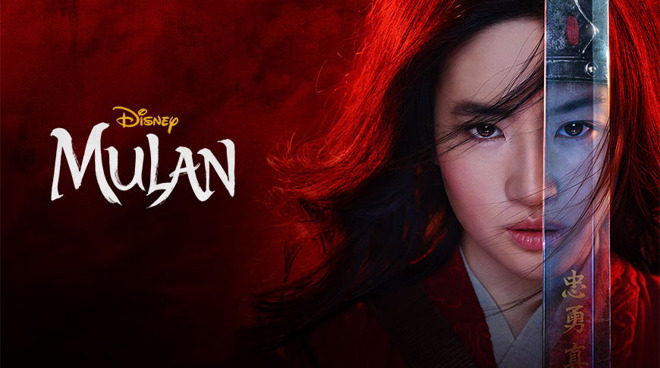 The illusion of the 1998 Disney animated film, Mulan, was that it relied on the animation to let the viewer escape the reality of the story and into a captivating and unique reverie. The 2020 live-action version takes away the illusion and mystery and attempts to bring a realistic version with conflicting themes and overlapping narratives.

The illusion of the 1998 Disney animated film, Mulan, was that it relied on the animation to let the viewer escape the reality of the story and into a captivating and unique reverie. The 2020 live-action version takes away the illusion and mystery and attempts to bring a realistic version with conflicting themes and overlapping narratives.

Although, the film is more focused on the portrayal of staying true to the original folk song The Ballad of Mulan (or known as The Ballad of Fa Mulan or The Ballad of Hua Mulan) the film does find itself being conflicted as if it was a retelling of the song or a re-imagining, which does get lost between the over the top cinematography and VFX. The film does stay true to the folk song but never wanting to explore the dynamics of the characters or it’s rich culture; which was an unfortunate missed opportunity to show the determination and strength of Mulan’s character through her heritage.

The cast of the film does an amazing representation of the characters they are portraying. Donnie Yen (Ip Man & Rouge One: A Star Wars Story) brings depth to the character of Commander Tung by showing his devotion to the customs and traditions of that era. Yifei Liu (The Forbidden Kingdom & For Love or Money) does fall short on expressing the emotion through her portrayal of what Mulan is feeling throughout the film. Moreover, the film succeeds in its portrayal of the characters but the film fails in its direction. Director Niki Caro (Whale Rider & McFarland) direction of the film seems to be undecided as if she wants to create a martial art action epic, a dramatic fantasy tale told through the eyes of the father, or a retelling of the classic 1998 Mulan animated film with no musical singing and humor. The film is caught in multiple directions and does it’s best to navigate through all three acts; however, by time the second act is present the film wants to roll the credits.

Overall, save your money if you plan to watch this on Disney + for the premier access price of $29.99 and just wait for it to be part of the Disney catalog by the end of the year. There were many missed opportunities the film was exposed too with the authentic and rich landscapes and design to the rich Chinese culture and heritage. The acting was present but was just a backdrop for this American take on a classical folk song. In the end, Mulan is a complicated film unsure if it wanted to follow the traditional folk tale or Disney’s predecessor that came out in 1998.