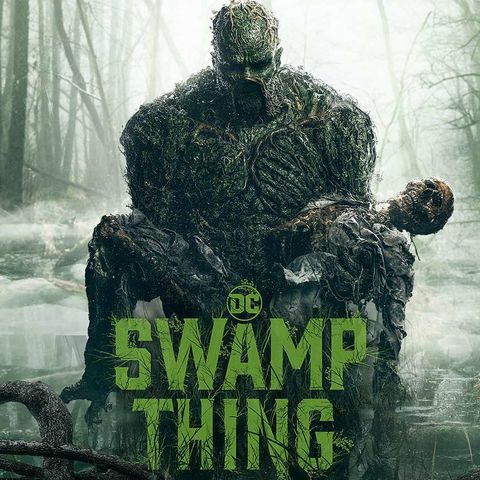 Comic book spin-off media is constant and abundant in the 21st century. Thanks to the advent of updated technology and special effects, both movies and TV are able to fully capture and bring to life the wonder and excitement of the comics.

The CW, famous for shows such as The Flash, Supergirl and Legends of Tomorrow, has added another fantastic program to its lineup. Swamp Thing is the second TV adaptation of the famous character (created by Len Wein and Bernie Wrightson).

The show tragically only saw one season made, and was canceled after the second episode aired for reasons that remain unknown.

Since then, CW has folded the adventures of the big green avenger into its existing Multiverse, first with a cameo appearance at the end of the 2019/2020 crossover Crisis on Infinite Earths. Said cameo established Swamp Thing dwelling on Earth-19.

Now there is some new promotional art for the upcoming re-release of the spooky program, highlighting the romantic and human elements of the character which have often played a large role in the comics over the years.

Swamp Thing will air on The CW with a 90 minute premier on October 8th.