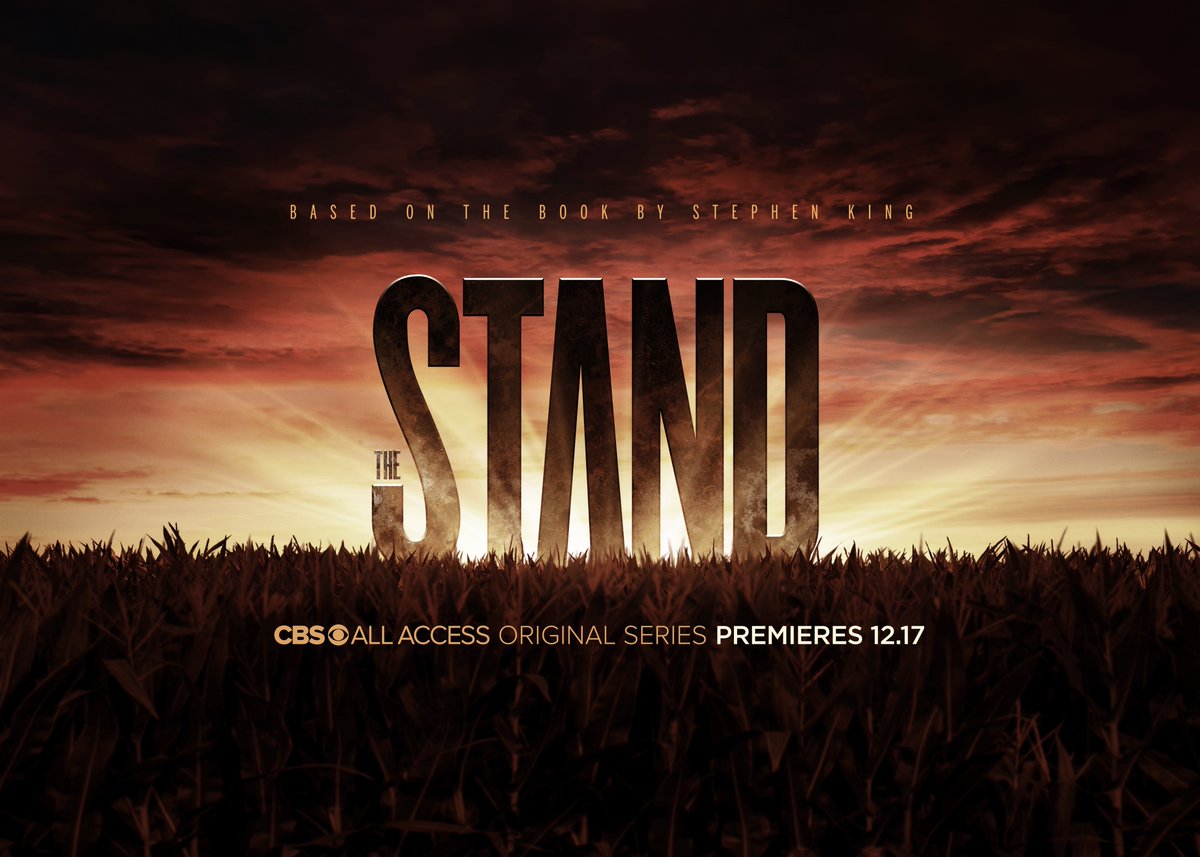 Stephen King’s ‘The Stand’ gets a premier date this winter on CBS All Access.

The Stand, a miniseries based on the 1978 Stephen King novel of the same name, will debut on CBS All Access December 17th later this year. The miniseries will follow the events of a small group of survivors following a global pandemic.

The Stand has a pretty impressive cast, which includes James Marsden, Amber Heard, Odessa Young, Whoopi Goldberg, Alexander Skarsgård, Jovan Adepo, Henry Zaga, and Marilyn Manson. Depicting a post apocalyptic world razed by a weaponized strain of influenza, the miniseries will focus on the few that have survived the lethal plague. The official premise reads as such:

“King’s apocalyptic vision of a world decimated by plague and embroiled in an elemental struggle between good and evil. The fate of mankind rests on the frail shoulders of the 108-year-old Mother Abagail and a handful of survivors. Their worst nightmares are embodied by a man with a lethal smile and unspeakable powers: Randall Flagg, the nefarious ‘Dark Man’.”

Ironically, nearly 40 years later, the novel is even more relevant today with the outbreak of COVID-19. While the “superflu” found in the pages of The Stand is thankfully much more lethal than COVID-19, it is still eerie to think that King’s novel might not be as far fetched after all. Regarding the upcoming miniseries, King himself commented on the uncanny similarities to the COVID-19 pandemic, stating:

“I’m still apologizing for it 40, 50 years later. People will come along and say through their little masks, ‘I feel like I’m living in a Stephen King story.’ My response is, ‘I’m sorry for that.'”