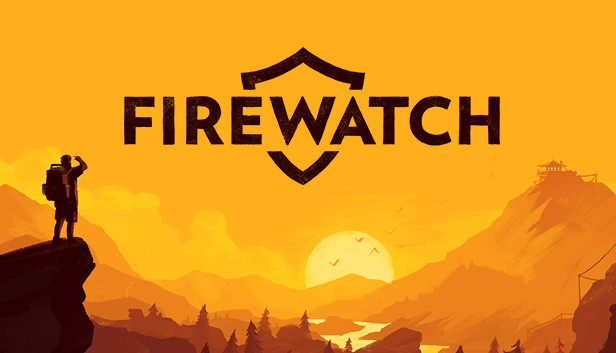 Developed by Campo Santo,
“Firewatch” tells the story of Henry, a man who becomes a fire lookout in order to escape his trouble at home.

Firewatch is an incredible game that was developed by Campo Santo and published in partnership with Panic. Firewatch has been released on PlayStation 4, Nintendo Switch, Xbox One, Microsoft Windows, and Linux. This game has everything from great storytelling to amazing visuals and draws you in right from the beginning. In Firewatch, you play as a man named Henry who is trying to escape from his troubles by becoming a fire lookout.

The game starts off by introducing Henry, the game’s protagonist, as he is about to meet Julia, his future wife. There’s not a lot of gameplay at this point, just a lot of reading. The intro sets the tone, as you get to understand who Henry is and why he’s taking the job as fire lookout in the Shoshone National Forest. The game’s story really starts when you reach your lookout tower. When you get to your tower, another lookout named Delilah radios you and tells you about the job. The dialogue between Henry and Delilah was incredibly written. The dialogue is seamless and fluent throughout the entire game. You are also given dialogue choice during their conversations, but it doesn’t really impact the story. The dialogue between Henry and Delilah is also really good because the chemistry is really good between the voice actors Rich Sommers and Cissy Jones. You can really feel a connection between the two, and it makes the game even better.

The main story takes place during the summer of 1989 and lasts a total of 79 days. You don’t actually play the 79 days, as the game jumps to different days as you progress. The plot is thrilling and suspenseful as Henry and Delilah try to uncover a mystery that is brewing in the National Park. The suspense really kicks in once two girls go missing and then Henry discovers that someone could possibly be spying on them. It almost feels like a horror game at times because of how the story is written and especially how suspenseful it can be at night in the game. The pacing is a little slow in the beginning but picks up towards the middle of the game. The writers also give the characters a chance to develop, and that was important, since Henry and Delilah are pretty much the only main characters in the game.

The visuals were amazing and had very nice aesthetic. The game does benefit from the PS4 Pro‘s 4K enchantment. I did notice the frame rate drop few times towards beginning of the game, but it wasn’t anything that ruined the gameplay for me. The developers did an amazing job with the outdoor environment. One of my favorite things was walking around while the sun was setting; the use of colors and lighting was made the game look beautiful. The way the moon’s light lit up the forrest was also really cool to see.

If you’ve played any game that is in first-person, then you should already be familiar with the controls in Firewatch. The controls were nice, and they let you move freely around the playable area; the game also allows to you change the controls to a left-handed mode. I did find it annoying that when you would try to grapple down a hill, it would take a second for the option to push the button to pop up. Since grappling is something you do quite frequently in the game, I think that should’ve been fixed.

Chris Remo did a fantastic job composing the soundtrack; the soundtrack goes hand-in-hand with the game’s story. The music can be fun to listen to as you walk around doing whatever chores Delilah has you doing. In my opinion, the best part of the soundtrack is when it gets intense and helps give the game its suspense. Once you enter the latter part of the game, the tone completely changes from the beginning and the soundtrack plays a huge part in that. It almost makes it feel like a horror game at times.

Other than the mazing music, the game also does a good job with the sounds of nature and whatever else may be happening out in the woods. The sounds of the fireworks off in the distance sounded great and fairly realistic. The sounds of wildlife and the trees moving in the wind shows you just how much attention was paid to the details.

There isn’t much replayability to the game, but that’s not a bad thing. You aren’t given a lot of choices in the game except for the dialogue, but even then the dialogue choice don’t really have an impact on the overall story. The game has a set story that stays the same no matter how many times you play through it. The little control you do have over the story is in the beginning when you meet Julia–there you get to have a slight impact on your backstory.

Overall, Firewatch is a game that tells an incredible, emotional, and suspenseful story. The voice acting was spot on, and the cast made the game feel so real: almost like you were listening to a real life conversation. The music and the attention to details are what initially got my attention for the game. Firewatch isn’t necessarily open-world, but it also isn’t strictly linear; it’s a good mix between the two.

Below you can watch the official trailer for Firewatch:

Have you played Firewatch? If so, what were your thoughts on the game? Let us know in the comments!