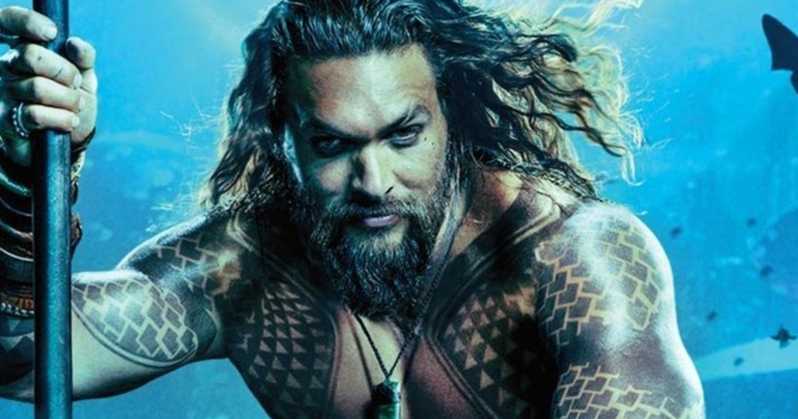 Return to the underwater world of ‘Aquaman’ with James Wan and Patrick Wilson.

To start off the panel, Wan mentions how he knew Wilson was right for the role of Orm the moment he decided to direct Aquaman. The pair had collaborated previously on four other films, (Insidious, Insidious: Chapter 2, The Conjuring and The Conjuring 2), and Wan knew Wilson would be the perfect foil to Jason Momoa‘s Arthur Curry/Aquaman.

“I tried to write Orm/Ocean Master to Patrick Wilson.”

Wan and Wilson reminisce back to filming the underwater epic together, as well as how fun it was creating the world of Atlantis and the other underwater kingdoms. According to Wilson, filming scenes with Orm’s tylosaur steed were the most interesting, as he had to imagine the creature while riding on a blue “oil drum”.

When asked about the next installment in the Aquaman film series, Wan talks a bit about how he wants to expand on the story of the heroes with a more serious tone.

“I’m excited to continue the journeys of our heroes… and continue to expand on the world with number two. Find new things to do that I didn’t get around to doing in the first one. And I think the second one is a little more serious, a little more relevant to the world that we live in today.”

The panel closes with Wan reassuring fans that we will get to explore a lot more of the ocean depths in the sequel, seeing more underwater creatures and kingdoms that have not been introduced yet.

“I can definitely guarantee new worlds in this next one”

Jason Momoa, while absent from the panel, will return opposite Patrick Wilson’s Ocean Master in the Aquaman sequel when it hits theaters December 16, 2022.