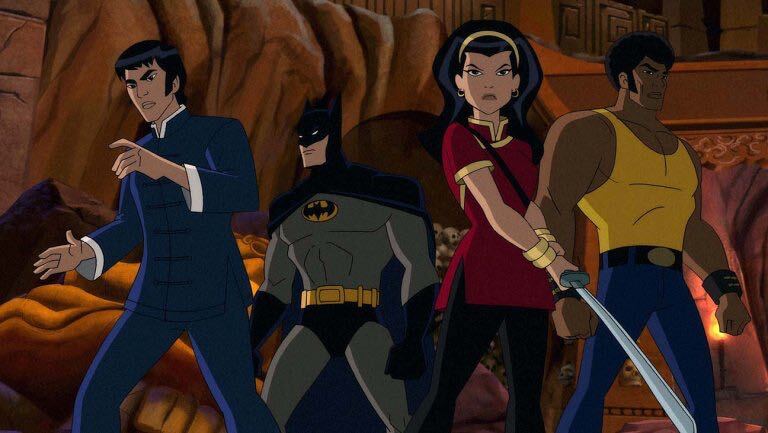 DC Animation announced yesterday that they will be releasing a new Batman animated film along with the voice actors who will be making up the cast of the new animated project.

DC Animation announced yesterday that they will be releasing a new Batman animated film along with the voice actors who will be making up the cast of the new animated project.

Batman: Soul of The Dragon takes place in the 1970’s, and judging by the picture above, it appears to be taking inspiration from the 1973 film Enter The Dragon that made Bruce Lee an international star. The voice cast that was announced includes Mark Dacascos as Richard Dragon, who appears to be modeled after Bruce Lee; Kelly Hu as one of the famed Batman Villains, Lady Shiva; and Michael Jai White returning as his character from the show Arrow as Ben Turner (The Bronze Tiger). Last but certainly not least, David Giuntoli will take up the cowl to voice Batman.

The new animated film will feature Bruce Timm as an executive producer with Sam Liu as the Director. Despite the small and rare misses that the two have collaborated on, Timm and Liu have proven themselves as fan favorites. Liu has helmed projects such as All Star Superman, Batman Year One, Justice League: Gods and Monsters, and Superman/Batman: Public Enemies, proving that he has the directorial chops to make successful animated films. Bruce Timm really needs no introduction to fans of Batman The Animated Series, and a majority of the animated movies that take place within that same universe which is also known as the Bruce Timm animated universe.

Batman: Soul of the Dragon’s announcement also comes with the information that, similar to some previous Bruce Timm animated projects such as the 1997 animated film The Batman Superman Movie: World’s Finest, and the aforementioned Justice League: Gods and Monsters, the new animated film is an original story that’s not based off of any comic iterations before it. Together, Liu and Timm have also recently released Justice League vs The Fatal Five and Superman: Red Son, so it would seem that the new Soul of The Dragon animated film is in good and trustworthy hands.

The Hollywood Reporter revealed the first look at the animated feature along with the synopsis, which reads:

“The film is an original tale, rather than based on a specific comic book storyline. It sees Bruce Wayne face a deadly menace from his past, with the help of three former classmates: world-renowned martial artists Richard Dragon, Ben Turner, and Lady Shiva.”

Batman: Soul of The Dragon, and its influence from Enter The Dragon seems like quite a fun and thrilling ride for Batman and Bruce Lee fans, and is currently set to release in 2021.

Hi, my name is Kellen and I love listening to music, reading comics, writing, and watching films! View all posts by Kellen Taylor
Skip back to main navigation

1 thought on “DC Announces New Animated Film “Batman: Soul of the Dragon” Along with Its Voice Cast”