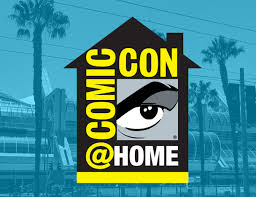 Josh Boone and the cast of “New Mutants” will have a panel at SDCC @ Home.

Due to the COVID-19 pandemic, the traditionally exclusive San Diego Comic-Con will be held online and open to the public this year. The cast of the once rumored-to-be-canceled and frequently postponed Fox property The New Mutants will have a panel at Comic-Con @ Home, joined by director Josh Boone.

The New Mutants is the last Fox film that was completed before Disney purchased the studio back in 2019. This film has been in production limbo since filming wrapped back in 2017. There has been a wide array of rumors about the movie, ranging from it never coming out all to Marvel doing extensive re-shoots and folding it into the Marvel Cinematic Universe.

As it stands now, it is a standalone film featuring X-Men characters. With the recent news that Marvel would not be attending Comic-Con @ Home this year, the news of the New Mutants panel is a welcome addition to the first virtual Comic-Con.

Hopefully, the panel will answer the many questions that have been building since the film was announced several years ago. The New Mutants is still at this time slated to be finally released on August 28, 2020.

Check out the official trailer: