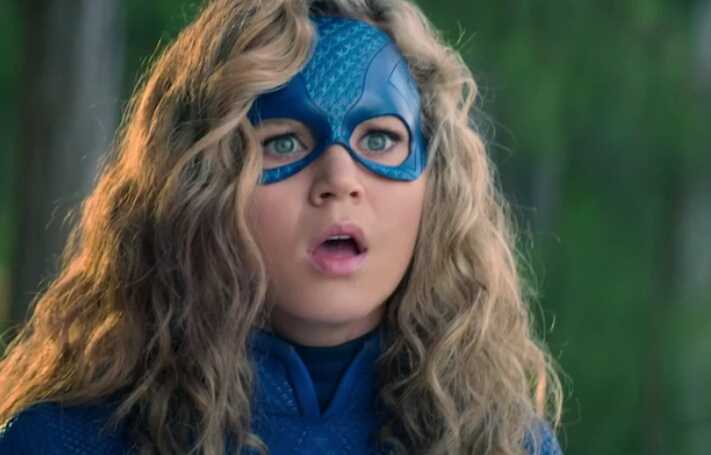 Stargirl’s first showdown with the villain Icicle ends in tragedy.

After the feeling of success, Stargirl experiences her first instance of collateral damage while being a hero. Along the way, she learns even more about the legacy of the legendary JSA and the possibility of a new generation. (This review will contain some spoilers!)

Courtney/Stargirl decides that she and Pat (Luke Wilson) need to hunt down the ISA’s remaining members, starting with Icicle/Jordan Mahkent. Pat, however, insists that being a hero is far more dangerous. Meanwhile, William/The Wizard arrives home and finds Jordan waiting for him. Jordan tells him that Brainwave is in a coma, and Jordan wonders why William didn’t call him. William claims that he didn’t see the need. Jordan was the leader of ISA and expected William to keep things in order, but now Jordan is back and has lost faith in him.

After school that day, Courtney is walking home through the local park and notices a section of the ground mysteriously frozen in the shape of a star. Convinced this is a sign from Icicle for Stargirl, Courtney informs Pat that now is the time face Icicle. Soon, STRIPE (Pat’s robot) flies to the park with Stargirl. The ice is gone, and as they land, Stargirl figures that it melted. She dismounts from STRIPE as Icicle shoots ice, freezing STRIPE in place. Pat warns Stargirl that he can’t move and the controls are frozen, and Stargirl runs off into the woods looking for Icicle. Her staff is then blasted with ice, weighing her down. As Icicle prepares to kill her, STRIPE fires his rocket-powered fist into the villain, knocking him onto a nearby bridge.

A school bus with students, including Joey (William’s son), comes down the highway as Icicle recovers and freezes the bridge. The school bus comes to the bridge and skids out of control on the ice, and it goes halfway off the side. Joey and the other students exit the bus safely, but Icicle generates a blast of cold air to specifically drive Joey toward oncoming traffic. A truck hits Joey, as Stargirl and Pat can only watch in horror.

At the garage, Courtney is contemplating Joey’s death, and how Joey was the first kid at school who was nice to her. Pat flies her in STRIPE to the old JSA headquarters. There are posters of the members on the wall of the meeting room. Pat talks about how the JSA members all had abilities and tools and used them to protect the world against villains like Icicle. Pat tells her that none of the JSA are coming back, because the ISA killed them all. He says that he and Courtney don’t stand a chance, and Courtney suggests that they get new members using the tools and weapons left behind.

Furious and mourning the loss of his son, William/The Wizard pounds on the front door of the Mahkent manor until Jordan answers. Jordan says that he’s sorry for Joey’s death. The Wizard demands to know if Joey’s death was an accident and advances on Jordan with his wand. Jordan freezes him and lowers the frozen William to the floor, ending his life. Later, this is covered up as an apparent heart attack from the grief of losing his son.

Courtney goes back to the JSA HQ and takes the artifacts that belonged to Dr. Mid-Nite, Wildcat, Hourman, and Green Lantern. The Staff hovers before her, and Courtney tells it that they’re going to do some recruiting.

A very dramatic and dark tone dominated this episode of Stargirl. We will see if this holds up throughout the season, or if the CW-teenage-drama aspects of this show prevail.