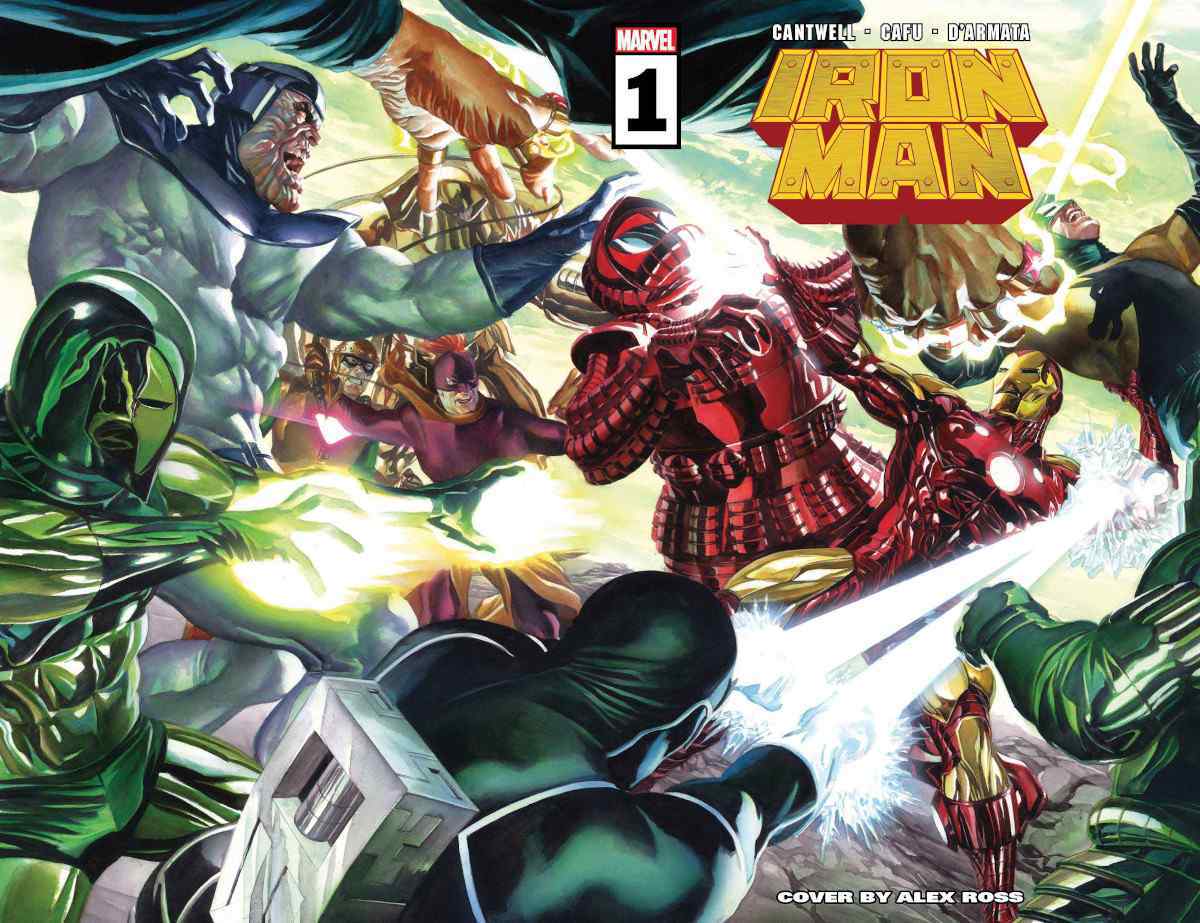 A new Iron Man series by Christopher Cantwell follows the armored avenger’s return to his roots, accompanied by a new suit design by Alex Ross.

We’ll never turn down more Iron Man. A new comic series for the fan favorite has been announced by Marvel, written by Christopher Cantwell and illustrated by CAFU. According to the Iron Man #1 synopsis,

Tony is putting away his high-tech toys and high-profile image so he can get his hands dirty again. But can he really lay that Stark-sized ego down? Life isn’t always that simple, something that old friends and frustrating foes are quick to point out. If you strip a billionaire down to his bolts, does he run solid…or just overheat?

You can watch the trailer below.

The trailer sees Tony Stark experiencing somewhat of an identity crisis, admitting, “I need to get back to my roots.” His new suit design (provided by the iconic Alex Ross) is a step in that direction, scaling the armored avenger “back to basics.”

Writer Christopher Cantwell had this to say about the new series:

“I’m over the moon about getting a shot at writing the Golden Avenger. Since Bob Layton’s art in the 1980s captured my imagination as a kid, I’ve been fascinated by Iron Man, and in this new story run I’m aiming to explore the question: who should Iron Man be today? An angel? A god? Or just a humble man? Tony’s going to try and strip the idea of Iron Man all the way down to its metal core, something that will constantly be at odds with his giant ego. We’ll see if he can truly keep his arrogant self-image in check, even as others with god complexes set their sights on the entire universe.”

Iron Man #1 arrives in stores and on digital platforms in September.