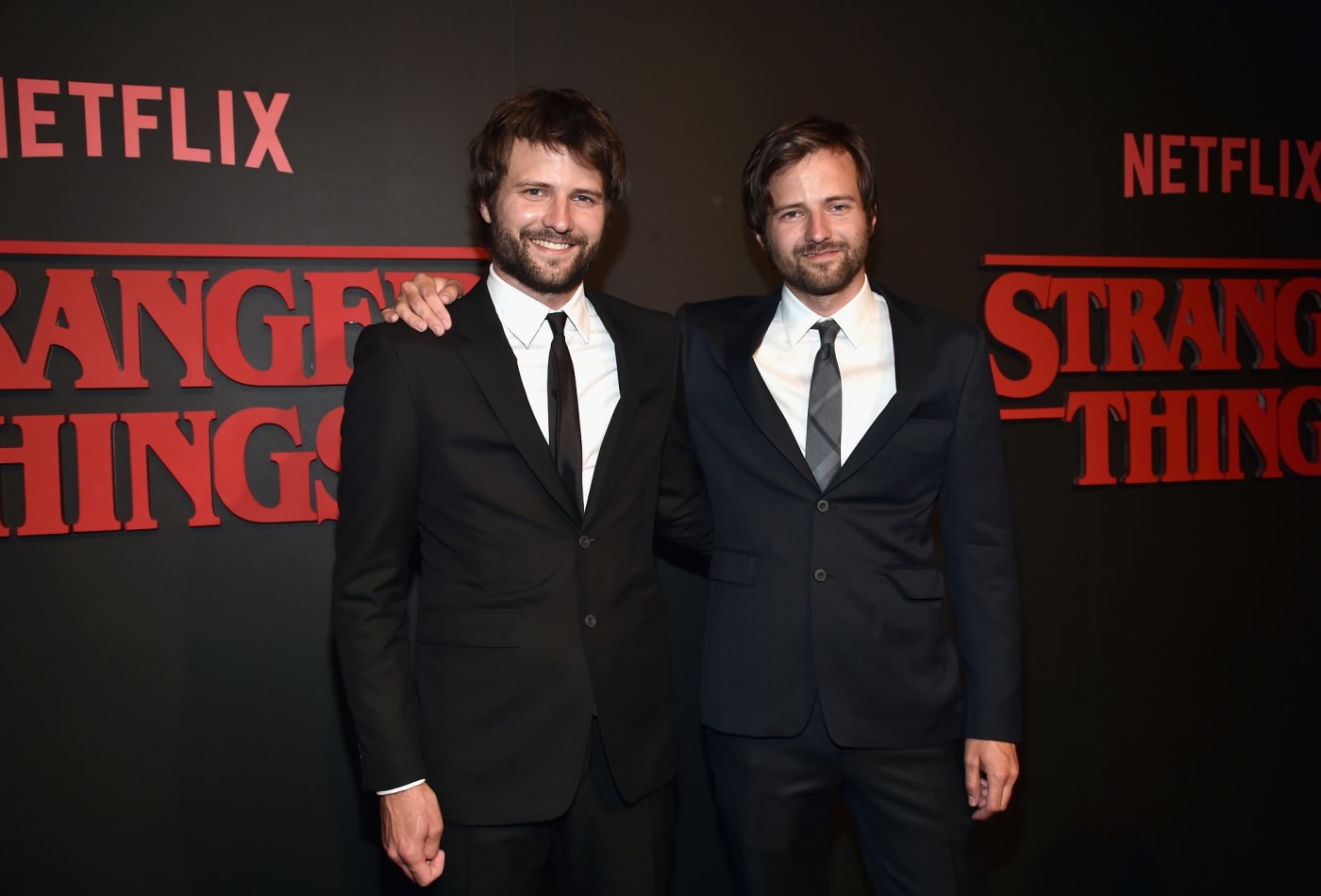 “Stranger Things” creators Matt and Ross Duffer spoke to Deadline in an exclusive interview about how the series has grown and their plans for the future.

Stranger Things creators Matt and Ross Duffer spoke to Deadline in an exclusive interview about how the series has grown and their plans for the future.

Stranger Things is considered one of the most popular and beloved shows on Netflix, and it made the Duffers an overnight success. In the interview with Deadline, the brothers said they had always been movie aficionados and wanted to make films, but their pitches were shot down multiple times. Stranger Things was the answer in a “shifting landscape” in entertainment, as the brothers were always asked for TV show ideas.

Matt spoke about the inspiration for the series’ “long movie” narrative style.

“I remember seeing pretty vividly an advertisement for True Detective . . . to me that looked like a big long movie. And it was one director, Cary Fukunaga, all the way through, it looked like it had a unifying vision. So did Steven Soderbergh [who] was doing The Knick at the time, which we were also really excited about. And . . . we started to think about if we could do a long form movie, what would that look like?”

The brothers were also asked if they had the whole series planned out ahead of time, or if they were figuring it out “season by season.” The two went on to explain that they wanted each season to feel like its own completed story, and how they have a 25-page summary to keep the show’s mythology consistent and fleshed out. The Duffers explained that each season was meant to explore just a bit more of this massive mythology they had set up since the show’s beginnings.

Matt also spoke about the brothers’ plan for the series going forward and its inevitable conclusion, as well as the uncertainty they had about Season 1:

“We have a general sense of where we’re going, we’ve known the ending of the show for quite a while. The honest truth is we didn’t know if it would go beyond season 1, so we like the idea [that] season 1 . . . could function as its own standalone piece . . . We have an ending in mind, we don’t want to just keep churning it out.”

The duo also went on to say that they wanted to remain excited working on the series, and that their enthusiasm for Stranger Things would reflect in their work and viewer reactions.

The brothers also teased even bigger guest stars for Season 4.

“We have a couple of cool ones this year. It’s a really fun way to meet one of your icons. You know, write a part for them and see if they want to do it.”

Over the years, the series has had some notable guest stars who were big in the 80’s; these include Matthew Modine as Season 1 antagonist Dr. Martin Brenner, Paul Reiser as Season 2 supporting character Dr. Sam Owens, and, most recently, Cary Elwes as the skeevy mayor of Hawkins, Larry Kline. These guest stars often take a character trope from 80’s film and turn it on its head. It should be interesting to see what exciting guest roles will be coming to the show in the coming season.

The Duffer brothers discussed quite a lot with Deadline, so make sure to watch the full interview. Stranger Things Season 4 currently has no release date.