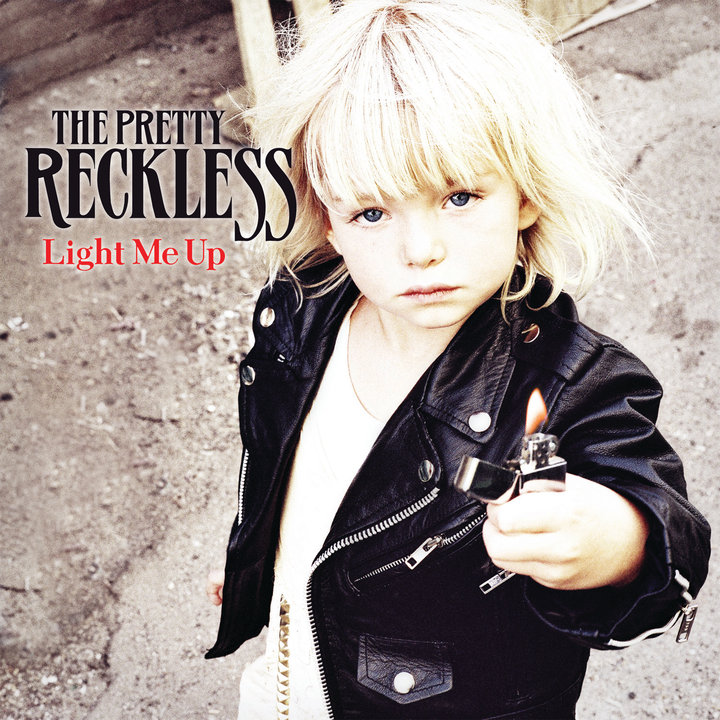 American hard rock band The Pretty Reckless released Light Me Up, their debut album, on August 27, 2010. An impactful debut, Light Me Up skyrocketed The Pretty Reckless into the public consciousness of hard rock fans across the world. Frontwoman Taylor Momsen, known previously for her acting appearances in Gossip Girl and The Grinch Who Stole Christmas, is a dynamic and youthful figurehead for a well-rounded and experienced band with members including Ben Phillips (lead guitar), Mark Damon (bass), and Jamie Perkins (drums). Originally named “The Reckless,” the band ran into trademark problems and opted for the name they’ve kept to this day, The Pretty Reckless.

The Pretty Reckless’ unique take on classic rock & roll sound is clear right from the album’s first track “My Medicine,” which explores the heavy drug scene often associated with the music industry. This first track also serves as a light warning for fans that expected Little J (Momsen’s youthful character on the CW’s Gossip Girl) and not the Cherie Currie-meets-Courtney Love powerhouse of Momsen’s vocal style.

“But just tonight I won’t leave

And I’ll lie and you’ll believe”

Anger as a motif is rife throughout Light Me Up, with songs like “Since You’re Gone” and “You Make Me Wanna Die” expressing both a deep resentment as well as the self-hatred that comes as a result. Both songs pair brilliant and powerful guitar riffs (played excellently by Phillips) with Momsen’s rough and grungy vocals, serving to create a perfect 90’s style blend, reminiscent of Hole or Audioslave.

Momsen and Phillips’ prowess as a writing duo is in full effect with tracks like “Miss Nothing” and “Nothing Left To Lose.” Both tracks display entirely different dynamics of sound and writing but are similar in their layered approaches to lyrical writing. The former serves as an ode to Mary Magdalene, while the latter is a self-reflective indictment comparing a lost love to the death of real music.

While the album excels at restoring a classic rock sound to the mainstream, it can sometimes feel naive in its execution. Songs like the titular “Light Me Up” or “Factory Girl” can often feel like the band is trying too hard to embody the classic “Sex, Drugs, and Rock & Roll” adage, even where it doesn’t quite work as well. These songs are still fantastic in their own right, but when compared to the rest of the album’s stellar writing and raw honesty, examples such as these stick out like a sore thumb.

“After Jesus and rock n roll

Couldn’t save my immoral soul, well

I’ve got nothing left

I’ve got nothing left to lose”

Track 9, “Nothing Left To Lose”

Light Me Up is a solid debut for the band, demonstrating their strengths in writing and performing, as well as allowing The Pretty Reckless to prove themselves in the vein of hard rock/rock & roll bands of old. The edgy feel of certain tracks mixed with the slower, more honest moments (“You,” for example) show the band’s versatility as musical artists.

Light Me Up by The Pretty Reckless is produced and written by Kato Khandwala, Taylor Momsen, Ben Phillips, Mark Damon, and Jamie Perkins. The album is available in hard copy and digitally on all major streaming platforms.