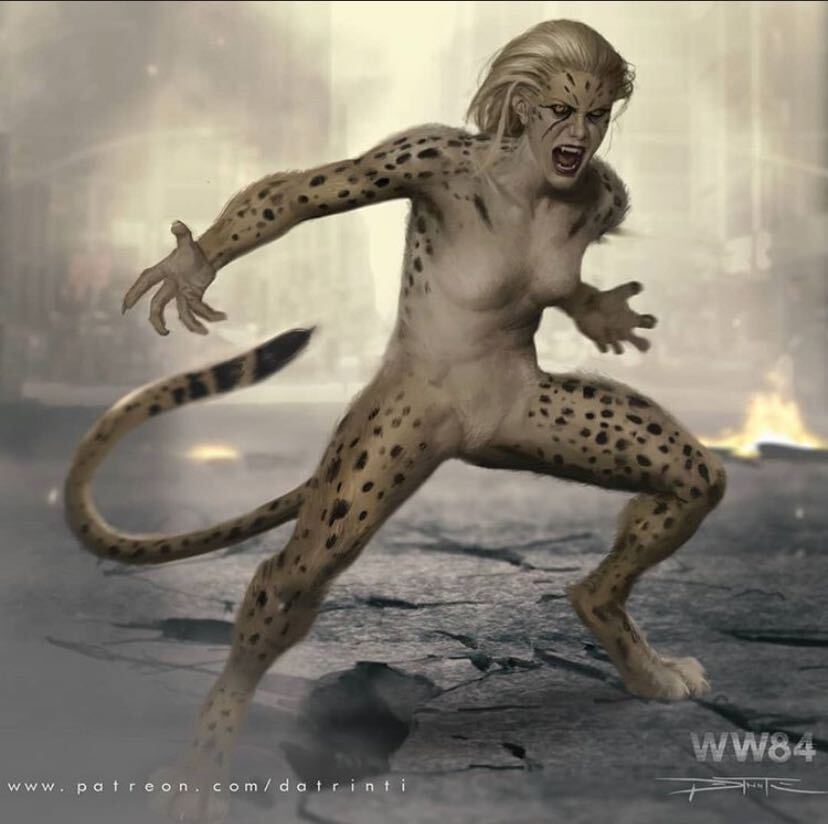 With no official look yet released for Cheetah in “Wonder Woman 1984”, here’s a visualization through promotional and fan art of Cheetah

As we get closer to eventually witnessing Wonder Woman 1984, many have been curious to see Barbara Minerva’s look as Cheetah, one of the iconic villains of Wonder Woman.

While trailers may not have shown or teased Kristen Wiig‘s look as the beast she will become, it is through promotion merchandise that we can start to get an idea of what Cheetah might look like. These promotional merchandise include Funko Pops, costumes, Hot Wheels box art, and more.

While these images might give us an idea of the general look of Kristen Wiig’s Cheetah, it is through multiple artworks created by fantastic artists that bring Cheetah’s look to life. One great example comes from Datrinti, who continues to amaze people more and more with each piece he creates. This time, Datrini truly captures the feral and viscous nature of Cheetah through imagining the character in fantastic art based on the promotional material.

If Cheetah’s actual look holds any close similarities to the art above, then we are in for unique, comic-accurate, and intriguing look for the character.

For all news regarding Wonder Woman and everything else pop culture, stay tuned to The Cultured Nerd.