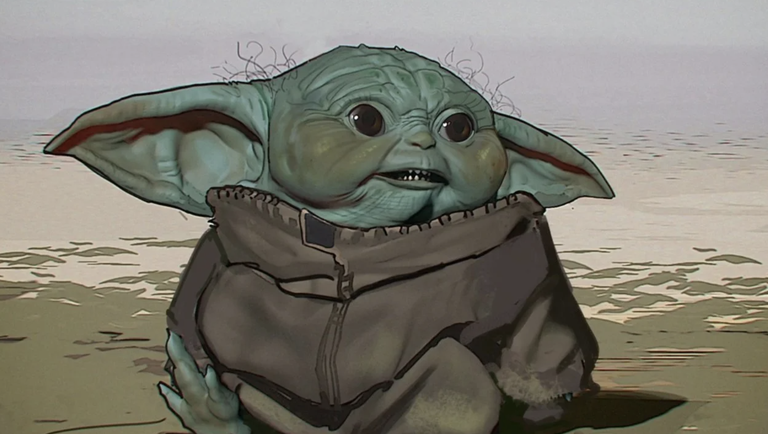 Disney Gallery: The Mandalorian has provided fans with weekly behind-the-scenes content for the hit Disney+ series, not least of which was the discussion around Baby Yoda in the latest episode. The fan-favorite creature, referred to as “The Child” during production, underwent many different designs before its final big-headed, baby-doll look.

The Mandalorian took Star Wars fans by storm when the series arrived on Disney+ in November 2019. It focuses on a previously unknown Mandalorian, viewing the bounty hunter’s galactic adventures through the lens of the Western gunslinger. While a bit spoiler-y for the first episode, most of the internet is now aware of the existence of another character central to the show: a tiny, adorable, and seemingly much-younger member of the same species as Yoda. Lovingly nicknamed “Baby Yoda,” the cute tyke quickly found his way into countless memes, fan art, and merchandise.

Part of Baby Yoda’s undeniable charm is an aspect also credited for the unique spirit of the original trilogy: practical effects. Most of what performs onscreen is an animatronic puppet, reportedly costing around $5 million to create. Some CGI is supplied to fully bring Baby Yoda to life, but more often than not, a physical prop was used on set. Scenes were shot both with and without the puppet, in case the character needed to be completely animated. This led to a humorous confrontation with the iconic Werner Herzog, who said, “You are cowards. Leave it.” The actor later told Variety, “It’s a phenomenal technological achievement but, beyond the technological achievement, it’s heartbreaking.” The extremely detailed puppet lends a powerful tangibility to Baby Yoda that may have been impossible with CGI alone.

But, as series creator Jon Favreau and executive produce Dave Filoni revealed on Disney Gallery: The Mandalorian this week, Baby Yoda was not always so precious. The show introduced several other early designs for the wee one, which you can see below, ranging from near-exact recreations of Yoda to downright nightmare fuel. Baby Yoda’s final iteration was chosen for its specific blend of sweetness and intrigue.

You can see more cute Baby Yoda in The Mandalorian on Disney+. Season 1 is streaming now, with Season 2 set to come out this fall. New episodes of Disney Gallery: The Mandalorian are being released on Disney+ every Friday.