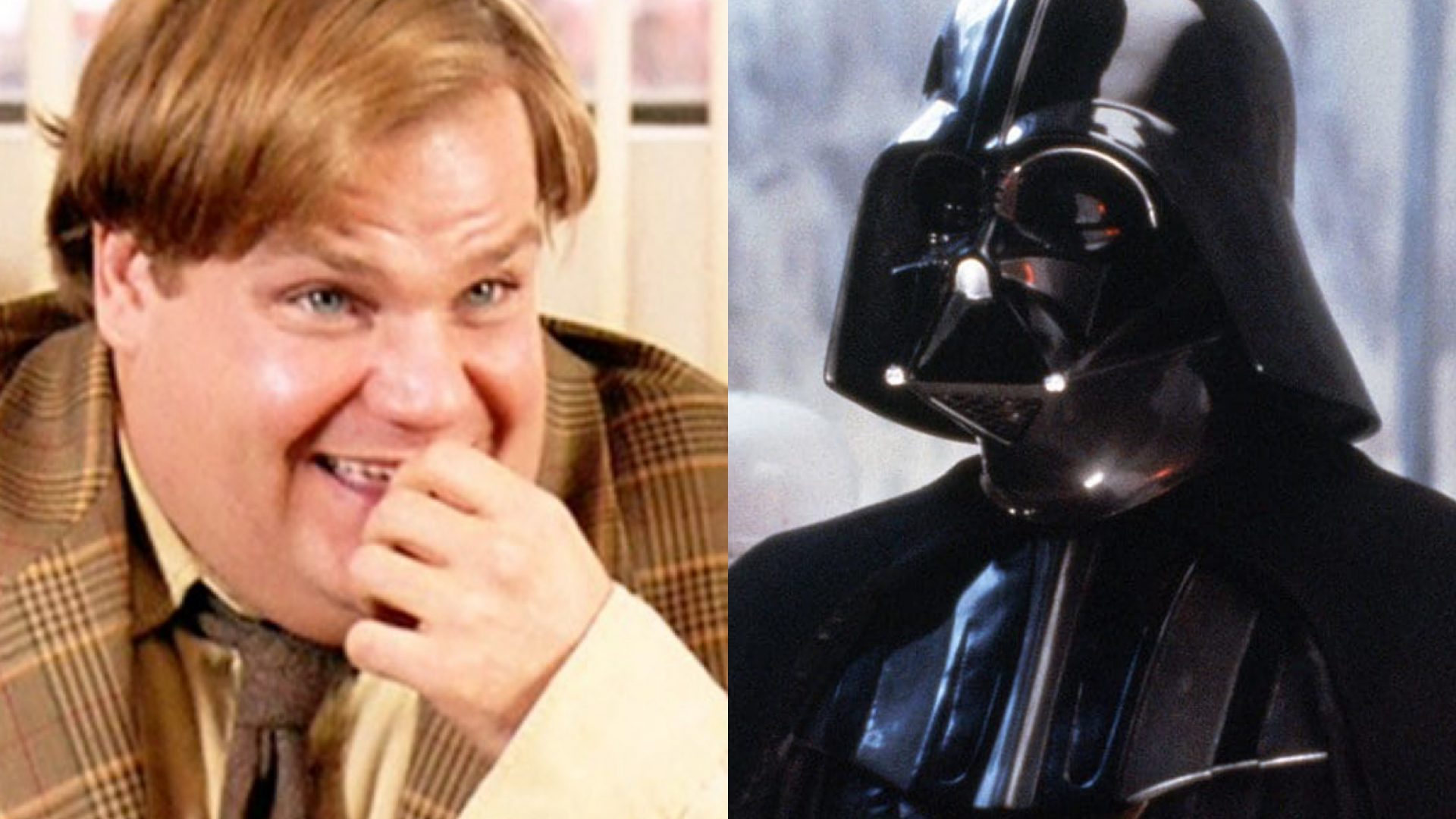 A look at why a 1995 comedy has led so many Star Wars fans to misquote an iconic line.

Humor will get you into and out of trouble better than any other skill you might possess. Chris Farley (1964-1997) used his humor like a shield when the world tried to take swings at him for being overweight. His SNL (Saturday Night Live) characters are iconic, and his film carrier was just as funny but all too short. His crown jewel is his portrayal of bumbling auto parts empire heir, Thomas Callahan III, but we knew him as Tommy Boy. You may have missed it, but “Tommy Boy” celebrated its 25th Anniversary on March 31, 2020. In those 25 years I have watched this movie in the best and worst of times. There’s another small indie series of movies that you may have heard of that I also have watched with as much frequency, the Star Wars Trilogy (IV, V, VI).

In perhaps my favorite reveal in movie history, Vader confesses to the beaten down Luke Skywalker his true parentage. But how he said it is where the connection to Tommy Boy comes in. Being the child of a day one Star Wars fan, I’m sure I always quoted it as “no, I, am your father” but I know I have also said “Luke, I am your father” from time to time. And on occasion I misquoted Vader directly into a fan, just like Tommy Boy.

Tommy Boy director Peter Segal sat down with The Hollywood Reporter to talk about the 25th Anniversary but also felt the need to “set the record straight regarding his beloved film’s famous misquote.”

The first thing Brian Davids with THR mentioned to Segal is that “I misquoted The Empire Strikes Back’s famous ‘I am your father’ line for a good 20 years, and I’m convinced Tommy Boy is the reason why” then asked him if he felt at blame for a “generation’s oversight?”

“(Laughs) I apologize — deeply. Look, I would describe this movie as sort of a Caesar salad. We had no script to start with, and any ingredients that we thought might congeal into the thinnest thread of a story were put into the script. That was one of those moments where I stupidly spoke into the vibration of a fan, and I came up with that and thought, “OK, that might work. Let’s just put that in the movie.” That’s just an example of how that was cobbled together.”

And with humor, Segal takes responsibility for all those times any of us spoke “Luke, I am your father” into a fan. I believe the misquote is worth the fun memories related recreating that scene with empty wrapping paper tubes or to Chris. And the thing is, I will show my nieces and nephew Tommy Boy and encourage them to use a fan as a Sith voice modulator at some point. Thank you Chris.