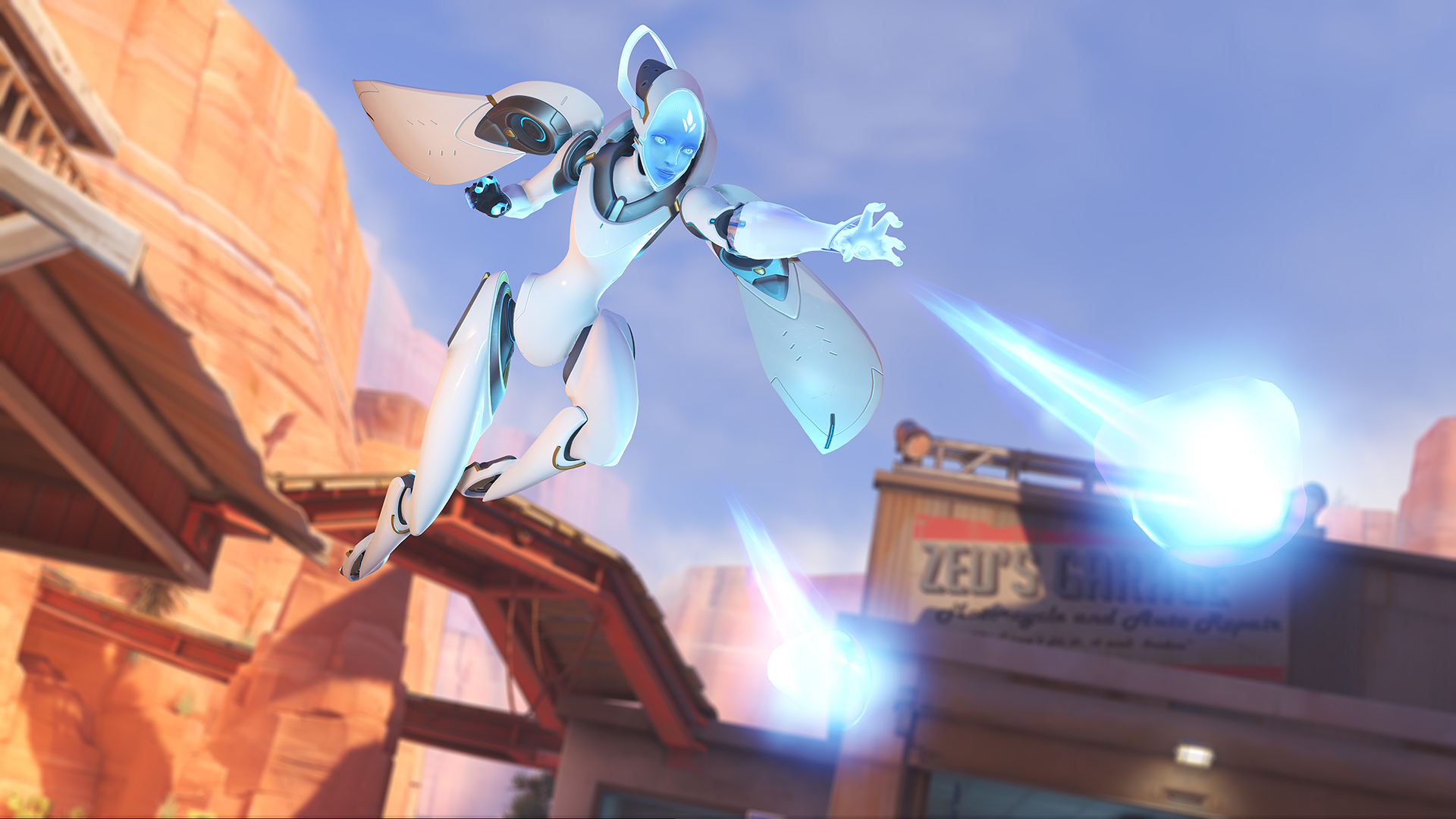 Overwatch’s Hero 32, a sleek flying robot known as Echo, is now available for all players.

Overwatch‘s Hero 32, a sleek flying robot known as Echo, is now available for all players. Echo was officially announced on March 19, appearing on the Public Test Realm later that week. Her addition to the game had been rumored for a while, as she was featured in the 2018 short “Reunion” alongside McCree and Ashe.

Echo’s main abilities situate her as a Damage hero, but her Ultimate has a unique twist that gives her some flexibility:

That’s correct, Echo’s Duplicate means that she can become another hero for 15 seconds, copying their skin, abilities, and full base HP. This is a practical function rather than a disguise (a Duplicated Echo will be distinguishable from the original hero), and it does come with some limitations. For example, Echo cannot target another Echo or target behind enemy barriers (Overwatch Wiki). So, depending on necessity, she can supply a tank, support, or stronger DPS in a sticky situation.

Echo can also fly, similar to Pharah, which gives her extra mobility as well as an eagle-eye view of the map.

Echo’s Duplicate and Flight abilities certainly give her more edge than a standard DPS role, and it will be interesting to see how the launch of this new hero spices up the matches.

Have you played Echo, either live or on the PTR? Let us know what you think about her!