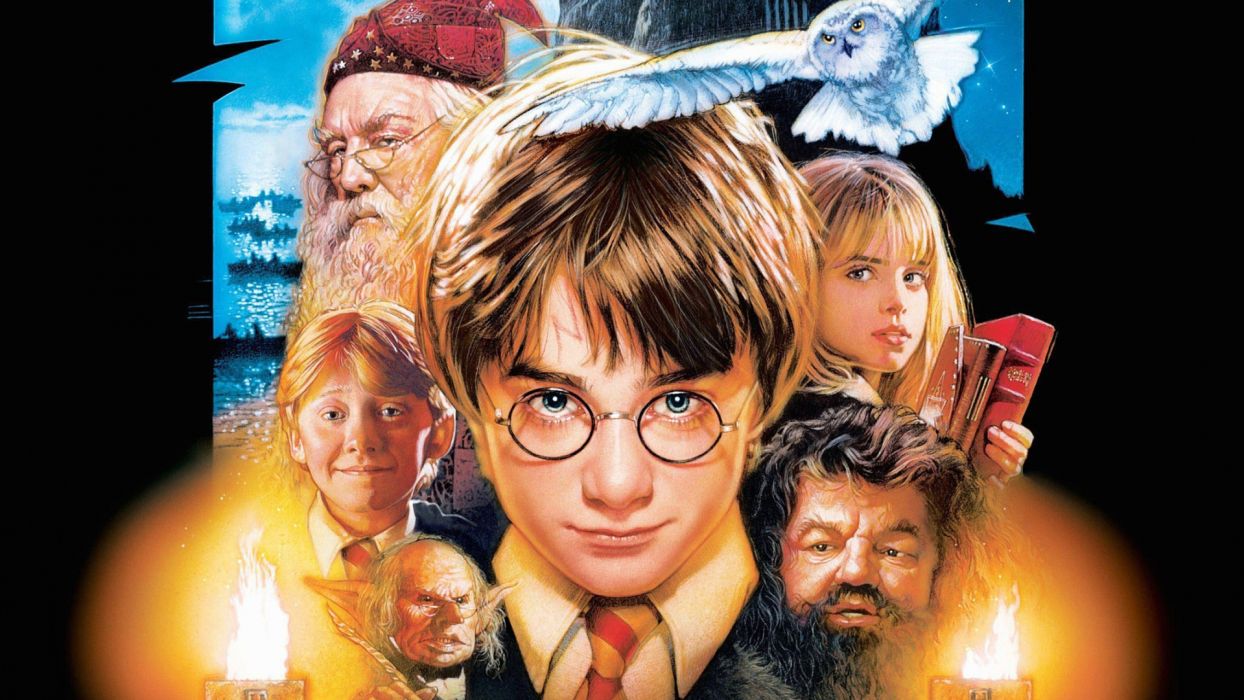 How well does the first “Harry Potter” movie hold up to the novel?

It all started here—the saga of Harry Potter, the Boy Who Lived. The Harry Potter franchise has been a worldwide phenomenon since J.K. Rowling’s Harry Potter and the Sorcerer’s Stone hit bookshelves in 1997, as readers all over the world immersed themselves in the halls of Hogwarts School of Witchcraft and Wizardry. The story of a boy who lived under the stairs one day and was then whisked into a world of magic the next captured the hearts of children and adults alike, and it only made sense to bring the magic of the Wizarding World to the silver screen.

The film Harry Potter and the Sorcerer’s Stone would be the catalyst for young adult book-to-movie adaptions, a trend that multiple studios and franchises have attempted for years, to varying degrees of critical and financial success. But of course, movies can’t always be perfect copies of their novel counterparts. Some films are are faithful, precise adaptations, while others drastically change from their on-page counterparts, for better or for worse. In our new series, “From Page to Screen,” we’ll look at movies adapted from books and graphic novels and see if these movies do their source material justice.

The Sorcerer’s Stone is our introduction to the Wizarding World, and so the book is all about exploring it through the eyes of a newcomer, Harry. There’s a sense of excited energy and wonder in the book, as Harry is, of course, a kid who’s being exposed to magic for the first time, just like the readers. The movie gives off the same feeling of fascination that the book does through set design and effects. From the Hogwarts letters flooding 4 Privet Drive to the bustling Diagon Alley, you can’t help but feel almost overwhelmed with awe, just like Harry is. Seeing all these magical places, objects, and creatures is even enhanced in the film, as the music contributes another layer to the youthful wonder we’re experiencing.

One part that could have contributed to the wonder of the film, but didn’t make the final cut, was the scene in the very beginning of the book, when Vernon Dursley is seeing wizards all over town celebrating Voldemort’s defeat. I always found this part in the book interesting, because it’s mysterious, but fun at the same time, seeing these oddly dressed characters through the eyes of the “normal/Muggle” man, Vernon. It also broadens the scope of the Wizarding World, before we meet Dumbledore, McGonagall, and Hagrid, and shows just how important Harry is before we even meet him. It’s a small bit to exclude that wouldn’t affect the movie as a whole, but it’s something I would have liked to see.

Still, I get why there wasn’t too much of a need to include the beginning part with Vernon, as Daniel Radcliffe’s Harry Potter gives us enough of an outsider’s perspective on magic. From riding a broom to learning spells, we get the feeling that we’re learning just as much as Harry is, in the sort of wonderfully fun way the book did. Radcliffe, for many, is Harry Potter. He’s been typecast in the role, and for good reason—he really does a good job of playing the Boy Who Lived. This is just the very beginning of the character, but the audience gets invested in Harry because Radcliffe offers up a performance the inner child in us can relate to.

The casting in this film in general is top-notch, as we get performances that bring the characters from the books to life. Rupert Grint as Ron Weasley is exactly the loyal best friend and comic relief that he is in the book, and his onscreen chemistry with Radcliffe helps sell their instant friendship on the Hogwarts Express. Emma Watson truly embodies Hermione Granger in this movie as well, as the actress successfully translates the character’s know-it-all, snooty attitude, in a way that’s endearing to the audience. Other actors, like Robbie Coltrane as the friendly giant Hagrid, Richard Harris as the wise, charismatic Professor Dumbledore, and Alan Rickman as the cold, sneering Professor Snape, also portray the characters exactly as Rowling envisioned them.

Additionally, the costume designers definitely knew what they were doing, and paid attention to every detail Rowling describes. I don’t think a single character deviated from how they are depicted in the book, right down to the minute details, such as Dumbledore’s half-moon spectacles. On top of this, I was in awe the first time I saw the film, as it was able to adapt effects like Fluffy the three-headed dog, ghosts such as Nearly Headless Nick, and Professor Quirrell’s and Voldemort’s fused heads exactly as I pictured them. It really helped immerse me, and many others, in this world of magic.

Of course, I have to mention how Hogwarts itself is delightfully well-adapted in this movie. In The Sorcerer’s Stone book, we get the sense that Hogwarts is a living building, with moving parts and mysterious nooks and crannies, and the film also does well of conveying that. Hogwarts feels like a grand hub of magic, and I always love seeing the characters experience things like the talking portraits and the moving staircases. After discovering Fluffy and the Mirror of Erised, it becomes clear Hogwarts is huge and full of secrets, more of which are explored in later installments. Even the set designs for rooms in the castle are great, especially Snape’s classroom and the Great Hall, which offer dynamic settings in this huge school of magic.

Overall, as one of the first films to adapt a YA book, The Sorcerer’s Stone truly does Rowling’s novel justice. The film is surprisingly well-adapted from the source material, with minimal changes made, and small parts omitted for good reasons. It’s clear there was a lot of love for Rowling’s work when this film was being made, a trend which more or less continues throughout the decade long series. However, as the books grew more complicated, more changes were made in the film adaptations—some more noticeable others. In the next “From Page to Screen,” we’ll take a look at the second Harry Potter installment, The Chamber of Secrets, and see how well this sequel treated Harry’s second adventure.