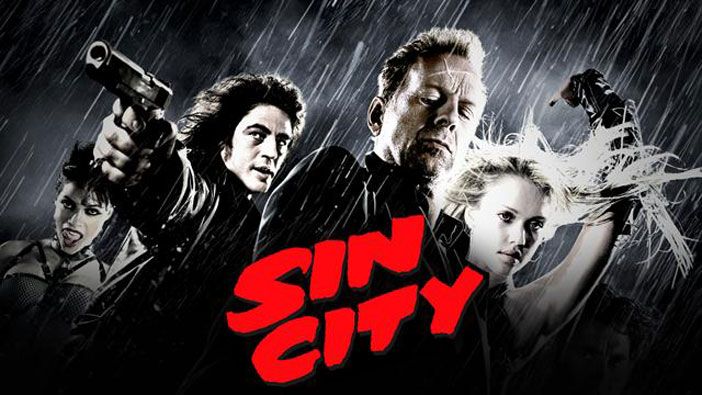 Warning: This review contains Spoilers, you might want to watch the movie before reading this review.

Sin City the comic was published in 1991, written and pencilled by Frank Miller. Almost 20 years later Robert Rodriguez approached Miller to make not an adaptation of his work but a translation. Robert Rodriguez was so keen on translating the comic he even considered taking his name off the credits. Miller had so much input on set to the point where he was given a co director’s credit, Rodriguez even quit the directors guild to make this happen. All this to say that this movie was Rodriguez’s passion project and put so much effort into recreating the magic of the original comic

All of the story elements remain the same apart from a few minor inconsequential changes. That’s why there is no screenwriter credit, Rodriguez didn’t want to change anything about the stories. The stories themselves are well written with an emphasis on character. Each character is an exaggerated stereotype which I’d ordinarily hate but it works well here because the world around them is as exaggerated and stylized as they are. Hartigan(Bruce Willis) is the honest cop, Marv(Mickey Rourke) is the loose canon, Dwight McCarthy is the man just trying to get out. Each story plays off their stereotypes and even subverts them. We expect Hartigan to beat Senator Roark but he can’t, so to Keep Nancy(Jessica Alba) safe, he kills himself, this arc is echoed in the line “An old man dies, a young girl lives, fair trade.” We expect Roark to have a happy ending after he takes his revenge for the dead prostitute Goldie, he’s sent to the electric chair and branded a psychotic murderer. Dwight McCarthy is expected to go back to a quiet life of hiding, but instead he’s actually pulled right back in and seems to enjoy himself with Gail(Rosario Dawson) on his arm. The genius of Sin City, to the credit of Frank Miller, is that it takes all the familiar tropes and traits of noir characters and subverts them to fit a realistic end to the characters.

What also needs to be talked about is the gorgeous cinematography and just over all style of the movie. Like Zack Snyder’s adaptation of Watchmen, Rodriguez used the comic book panels as storyboards. The blood in the film is animated white and only read to emphasize just how important the wound is like when Hartigan coughs up blood. The dialogue is melodramatic which fits perfectly with the tone of the movie. The only shows color when it’s important, like the yellow bastard AKA Roark Jr(Nick Stahl) Is colored yellow to emphasize the cowardice essential to his character. The shots are so beautiful to look at, it’s great to see Miller’s art brought to life.

Robert Rodriguez’s hard work and passion really paid off. Sin City is a great comic book movie with memorable characters and unique style. As neo noirs go, this is one of my favorites, up there with Blade Runner and The Big Lebowski.