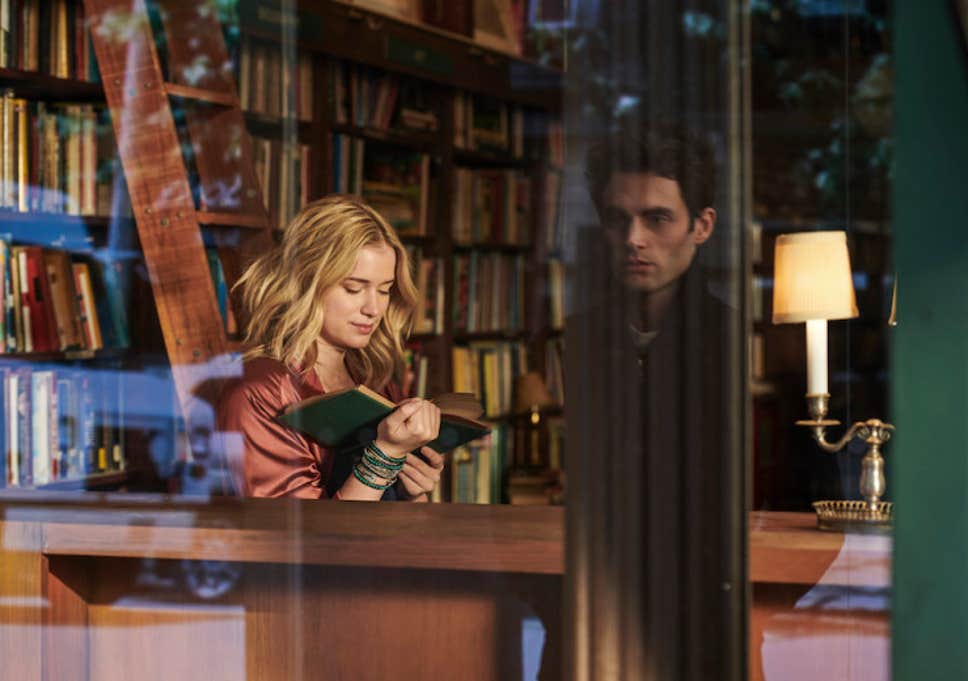 Meet Joe Goldberg – the twisted, entitled and sociopathic lover you’d never wish for yourself, and yet somewhere you would.

Joe lives in a world where love justifies all acts, the seeds for which were sown in his childhood whence his mother defended his killing of his father.

Joe also displays narcissistic behavior, which stems from his childhood abandonment. He is a man who craves to be liked and admired by everyone (EVEN people he doesn’t like). This also shows in his love-making, as Joe is a giver in bed. When he is with the girl he loves, his usual first move is to go down on her to gain validation and please her. If you ask me, Joe would be totally alright with not having an orgasm as long as he is able to give his partner at least one.

There is also an intriguing pattern in the women Joe gets drawn towards. He only falls for women who he feels need help. Joe would never fall for a Peach or a Delilah because these were strong women who not once seemed like they needed a ‘Knight in shining armor’, which Joe saw himself as. Joe Goldberg has a very obvious savior-complex (coupled with a borderline god-complex thanks to Mooney), and that is evident by the number of times he uses the word “protect” for the women in his life. In his head, Joe Goldberg is the “nice guy“.

The moment Joe feels attracted to someone (read: spots his next target), his inner voice becomes a hypothetical conversation with that person. He reasons his acts as if explaining to them why he did what he did, and the tone is similar to that of how his mother would talk to him.

I am a huge admirer of how Joe maintains composure even during the most panic-inducing situations (like when he is with cops or when he slips out his stalker knowledge in conversations).

Even though Joe isn’t an in-your-face good looking guy, he has a subtle charm that gives him conviction. And Joe’s conviction at times is so powerful that even his victims tend to empathize with him and trust him while being in the glass cage. In fact, Joe has such a strong agency that even we, as viewers, being well aware of all the heinous things he has done, tend to root for him in certain situations.

Love all things related to Videogames, tech, and superheroes! View all posts by R Abhishek Vishnu
Skip back to main navigation

1 thought on “[TCN’s Character Biographies] Joe Goldberg of “You””