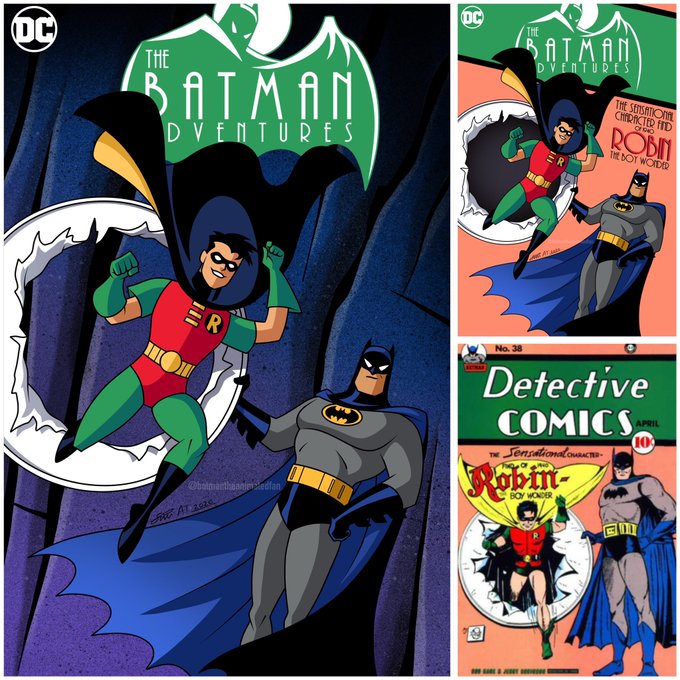 An exclusive TCN interview with an artist who reimagines iconic comic-book covers into the Batman The Animated Series-style of art.

Simon AT has been reimagining classic comic-book images for a few years. He started just posting his collectible action figures in positions resembling memorable comic moments. However his first BTAS-style recreation wasn’t of a comic-book cover, but of Joel Schumacher’s Batman & Robin seen below.

He then began a series where he began to recreate classic comic-book covers in this awesome BTAS style. He has recreated iconic comic-book covers and characters such as Batman The Killing Joke, Detective Comics #27, the Batman: Court of Owls saga, and DC Universe Rebirth: Deathstroke #4.

Simon has continued to redraw covers in the awesome BTAS animated style but has also expanded to reimagining covers of videogames and posters for various movies.

Batman: The Animated Series is one of the greatest comic-book TV show adaptations of all time. The show features all of Batman’s rogues in the great BTAS animation style that still holds up to this day. Simon’s drawings all have that classic BTAS style of animation.

“….being a huge fan of Batman The Animated Series inspired me to learn that style too and take inspiration from the show itself as well as the Batman Adventures comic books.”

Even though he does practice this style of animation, he also whips up drawings that have an Adam West (as seen above) or Tim Burton style to it, with creative pieces that attract many fans. Simon has over 44 thousand followers on Instagram and over 900 followers on Twitter with awesome shout-outs from the voice of Batman himself, Kevin Conroy.

The Animated Series is the definitive versions of these characters for me, and the voice actors are a big part of that. I grew up with [Conroy and Hamill] and they’ve stayed with me into adulthood. I admire and respect their work so much, so to have them recognize and respect my work is a fantastic feeling.

That’s right, Simon’s art has stretched all the way to the original voices of the characters. With both Mark Hamill and Kevin Conroy praising and reposting Simon’s work, he had achieved a lot for an artist that grew up as an admirer of the show.

Simon has continued to recreate iconic comic book movies from covers, to video games, to movies, his work has stayed consistent with a great audience after capitalizing on an amazing idea.

You can find some more of his work on his Twitter and Instagram, which I greatly encourage you do, as he hopes to draw some official comic images one day.

Simon has chosen to keep his last name private so please forgive the informal approach to his name.