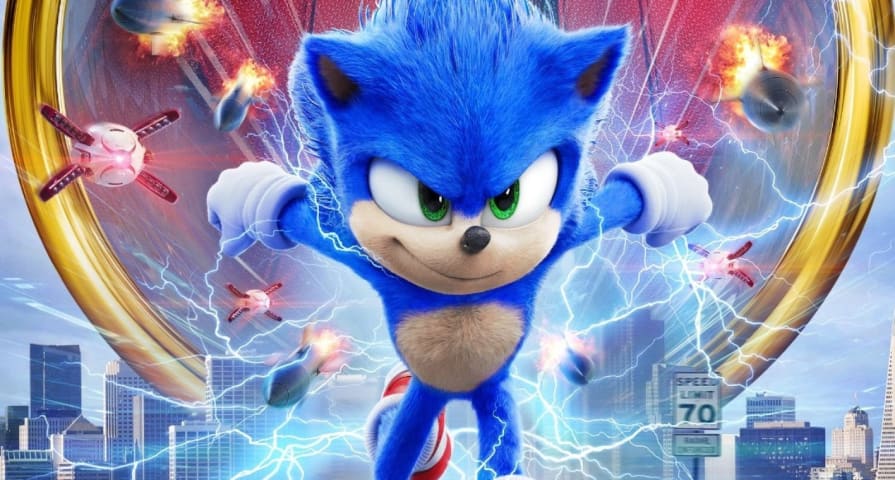 Reviewing “Sonic the Hedgehog,” a film much better than it deserved to be.

On April 30th, 2019, the first trailer for the anticipated Sonic the Hedgehog movie was released, and to many fans’ dismay. The design for the titular blue hedgehog was… less than desirable. To say there was fan backlash was an understatement.

On May 2nd, 2019, Director Jeff Fowler took to Twitter to announce that Sonic would be redesigned, but as a result the film would be delayed to February 2020. In November 2019 a new trailer featuring Sonic’s redesign was released. Fans rejoiced at seeing the new design which more closely resembled Sonic’s video game appearances as opposed to the original hyper realistic, human toothed, creepy handed monstrosity. But is the new design enough to carry the film out of the curse of video game movies? Let’s find out.

Right off the bat, the film does not shy away from showing off the action sequences we would hope to see from a Sonic movie. The introduction to Sonic and his world is spectacular. The design of his world is accurate to the games while adding a cinematic flair that cartoony is realistic in a way. This is something the movie does very well. Making sure to balance the cartoon video game feel and marrying it to the real world live action setting in a way that just works. This was the problem with Sonic’s original design. The super realistic look they were going for came off creepy and didn’t feel like Sonic, but I digress.

The plot of the movie sees Sonic coming to earth as a child on the run from those on his world supposedly hunting him for his power. We jump ahead around ten years or so and we see Sonic has been living alone on earth, hiding in the small Montana town of Green Hills. Sonic spends his time playing games against himself, reading comics, messing with the resident town crazy guy, and trying to break his speed record using police speed traps. However, during an emotional outburst of loneliness, Sonic causes a monumental blackout. The government notices this and decides to send in Dr. Ivo Robotnik due to his “astounding IQ” and his “breakthroughs in drone robotics”.

Once the government and Robotnik begin searching for Sonic he decides it be best if he leave earth and after a frightened encounter with resident Green Hills cop, Tom Wachowski, Sonic loses his means of travel. What are his means of travel you might ask? Why his rings of course! This is something I really enjoyed. I’m sure we’ve all had that moment while playing a Sonic game where we stop and ask “Why does he need all these rings?” Well according to Sonic in this movie, they’re simply a way of travel used by advanced species and civilizations.

After losing his rings, Sonic pleads with Tom to take him to San Fransico to retrieve his bag of rings so he can leave and reluctantly Tom agrees. The buddy road trip plot does a great job of showcasing the dialogue between Tom and Sonic. The dynamic between the two is wonderful and this is largely in part thanks to the chemistry from stars Ben Schwartz and James Marsden, which is another stellar aspect of the film.

Casting in this film was an A+. James Marsden did a better job than I was expecting. When Marsden was cast I was expecting the vanilla regular ol’ joe who is thrown into a world of insanity when his path crosses with Sonic’s. In a way he’s our point of view to the movie who reacts to events the way any of us would. However Marsden brings a very charismatic aspect to his otherwise would-be boring role and we can’t help but like him. Ben Shwartz, who voices Sonic truly makes the character his own. His performance gives emphasis to Sonic’s most dominant qualities that we’ve come to know and love over the years. He’s egotistical, sarcastic, and just darn fun to watch.

However, the real star power the movie brings is with the always funny and talented Jim Carrey. When Carrey was originally announced as Robotnik I couldn’t help but wonder how they were going to transform him into the round, condescending villain from the games, especially with Carrey’s track record of taking heavy make-up roles. However the majority of this movie features a different style of Dr Robotnik, and thanks to the rubber-face charisma of Jim Carrey’s acting, it works well. The role truly allows Carrey to flaunt his comedic skill that echoes his roles in Liar Liar, Ace Ventura, and Dumb and Dumber. It really made me happy to see him up on the big screen after so long in a role that really complimented his abilities as such a seasoned actor.

This movie had both me and my 12 year old younger brother, who I brought with me, smiling from start to finish. If the decision from Jeff Fowler to redesign Sonic was any indication, the movie is treated with the love and respect fans had hoped for. It’s chock full of Easter eggs and references that will make even the most eagle eyed fans want to watch it a second time, if only to spot them all. The action sequences are very well-done and I thoroughly enjoyed the Quicksilver slo-mo sequences that featured Sonic messing with bar bums and blowing up Robotnik’s drones. The final chase sequence felt like watching a boss level straight out of one of the newer games and gives an epic Thor moment from Sonic before defeating Robotnik.

All in all, this movie is better than it deserves to be and as a long time Sonic fan, I’m glad! Many other fans should be satisfied, while also being appealing to any general movie goers who have heard of Sonic even once. If Detective Pikachu was good, Sonic the Hedgehog was great, and if this is the direction video game movies are going, I’m all for it. Also, as much as I wished it was, the end credits scene was in fact not Mario with an eye patch coming to Sonic to talk to him about “The Smash Bros. Initiative”. However the real end credits scene has made me more hyped for a sequel than I thought I would be.

In summation, Sonic the Hedgehog is a delight and has beaten all odds and expectations both critically and financially scoring a solid “A” from me.

What did you think of the movie? Are you excited for a potential sequel? Let us know in the comments down below! 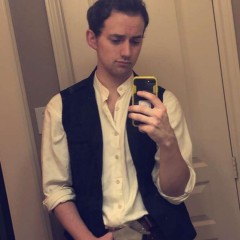 Lover of writing, DC comics, movies, Super Smash Bros and everything in between. View all posts by Casey Miller
Skip back to main navigation
%d bloggers like this: