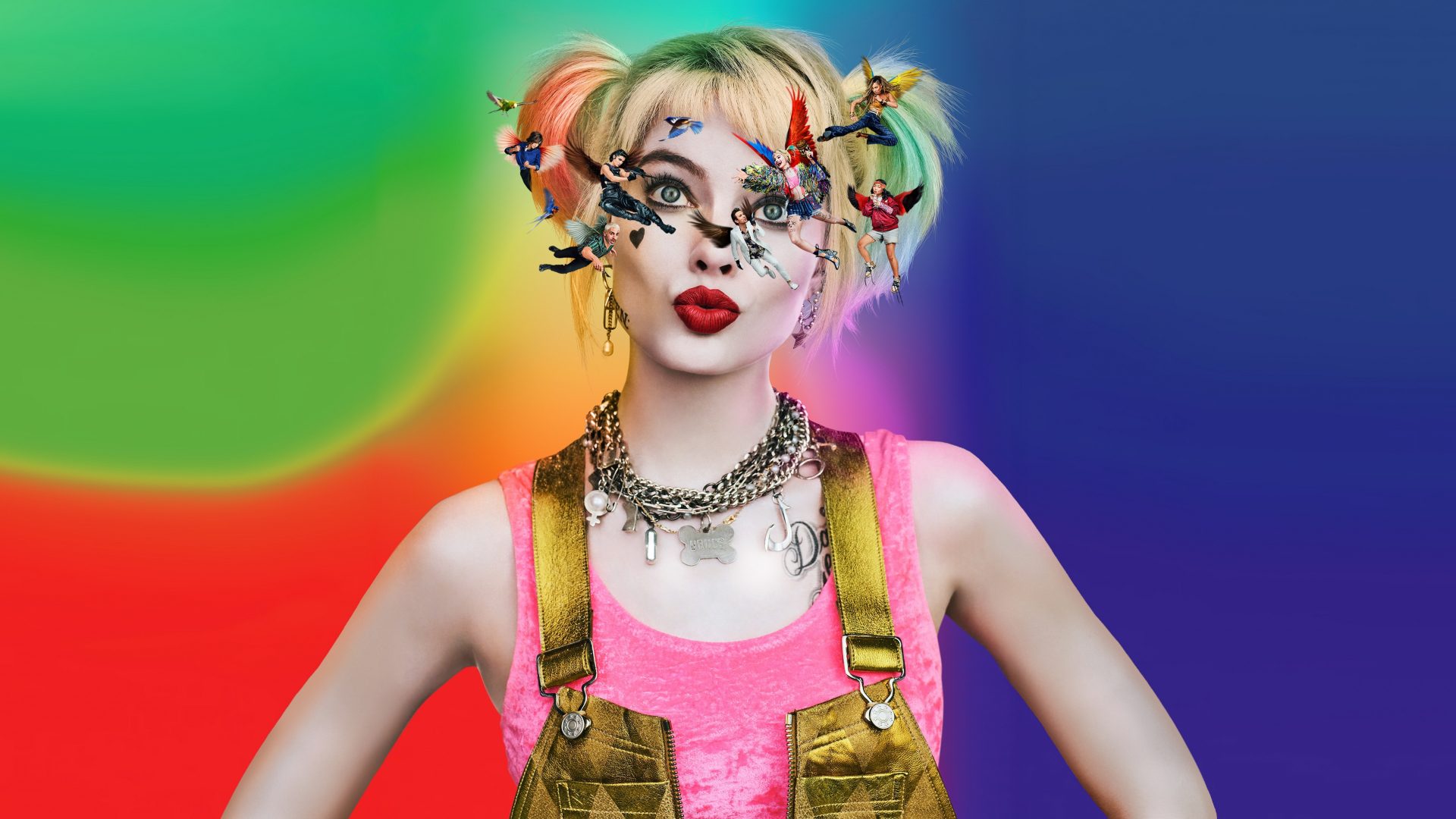 Reviewing Birds of Prey (and the Fantabulous Emancipation of One Harley Quinn), easily one of the most unique and creative comic book films today.

Birds of Prey (and the Fantabulous Emancipation of One Harley Quinn) is one of the most unique films in the comic book genre. Love it or hate it, I don’t think that’s up for debate. I was one of the people who thoroughly enjoyed this movie for all it did, and I was entertained throughout. I’ll first get into my spoiler-free thoughts, then discuss spoilers after I rate it.

The movie revolves around Harley Quinn, with Margot Robbie returning to play the clown princess. Robbie does not hold back this time around, no longer handicapped by a PG-13 rating, and we get a crazier Harley Quinn as a result. This whole story is told from her perspective, and we get a lot of narration and fourth wall breaking from her perspective that offers a really unique, absurd film. The way the film is told out of order and all over the place highlighted how Harley’s brain is all over the place, and I got Tarantino Pulp Fiction vibes from it.

For the most part, the rest of the cast is amazing as well. Ewan McGregor as Roman Sionis is the performance that stands out to me, as he’s just such an unpredictable character. He can go from oozing charisma and quirkiness to making you feel uncomfortable in a split second, and I felt like McGregor was really having fun with the character. He is a bit one dimensional, but his overall screen presence is strong. I felt like he was a real threat, and a couple scenes (you know which ones if you’ve seen the film) made my skin crawl.

Mary Elizabeth Winstead as Huntress was one of my personal favorites from this movie, just because of how consistently deadly she felt as a vigilante. She gave off a female Punisher vibe, and then coupled it with social awkwardness with the other leads, which actually worked well. Jurnee Smollett-Bell as Black Canary was also good, as she really captured that sort of street fighter type combat that Canary is known for in the comics. Both of them feel powerful, in different ways. My only gripe is these two appear much less in the movie than they should, especially Huntress.

Rosie Perez as Renee Montoya and Ella Jay Basco as Cassandra Cain were very wooden characters that took up too much time in the movie. Montoya isn’t really very interesting to watch, and her whole character is that she’s a parody of a TV cop, which got old fast. Cassandra Cain just comes off as the typical edgy teenage character, with no charm. I feel like Huntress and Canary were sidelined for these two at some points, and I wish we’d focused more on them.

Overall though, Birds of Prey was a blast for me to watch. I was pretty much smiling the whole time, and it’s been a while since a movie has genuinely entertained me like this in theaters. It’s whacky and knows it, embracing the wild nature of Harley Quinn; it doesn’t need to be deep or thought-provoking. It’s not perfect by any means, but the action and comedy is top notch, making Birds of Prey a great popcorn movie and just an overall good time. I give it an 8/10.

Going into this, I think the main spoilers I want to bring up are those two Black Mask scenes. First was when Sionis has Zsasz cut off the faces of the family in the warehouse, which I think was sick and connected to his whole gimmick of faces/masks. He’s going to let the daughter go, but then he sees a snot bubble in her nose from crying, gets grossed out, then decides to kill her just for that. It was such a casual thing for him to change his mind, and such a bizarre, cruel reason to kill her, which just set up how quirky and weird the character was. Then there was the table dance scene, when he tells the woman to take off her dress and humiliates her.

This scene genuinely made me sink into my seat, just going to show how McGregor captures that unhinged nature perfectly. You can feel the violation in the moment, but it still tastefully holds back from showing too much. The way it unravels, we see him about to throw a tantrum, and we expect that him picking on the woman will be funny; she thinks so too, as she believes he’s joking. But the scene gets more and more dark as it progresses, and what was set up to be funny escalated into this powerful, painful scene.

As far as the overall narrative, I did like how it was told out of order, going off of Harley’s point of view and then flashing back to other characters’ backstories as they are introduced. The McGuffin storyline has been done time and time again, so choosing to incorporate non-linear storytelling really helps mix things up. My issue with how Birds of Prey is told is that it brushes over some stuff that could have been better expanded on, like Huntress’s origins or how Dinah ended up working for Sionis.

The McGuffin was Cassandra Cain, who I think was wasted completely, when you look at her from the comics, where she’s a deadly assassin child. Here, she’s a kid who swears more than any other character, and a mere pickpocket who somehow manages to steal from Zsasz. She’s very one-dimensional, and her child actress doesn’t give the character much flair. The decision to eat the diamond did up the ante though, as she couldn’t simply surrender it to Sionis.

The action and comedy is the real bread and butter of the movie, as I said earlier. The GCPD break-in was so Harley, from how zany it was. I loved how Harley’s gymnastics were implemented as well; it really added more to the character, seeing her fight with that acrobatic strength. I think one my favorite shots is when Harley throws her bat at a goon, then it ricochets off the ground back into her hand. The funhouse fight was a blast too, just seeing the characters interact with this vivid obstacle course of sorts while fending off Black Mask’s men to the tune of “Barracuda.”

All in all, Birds of Prey is one of those movies you just turn your brain off for and enjoy. I really support the creative choices that were made for the movie, and I hope to see this kind of variety and unorthodox storytelling in future DC films. Birds of Prey is a thrill to watch, and I can see myself going to watch it again soon.