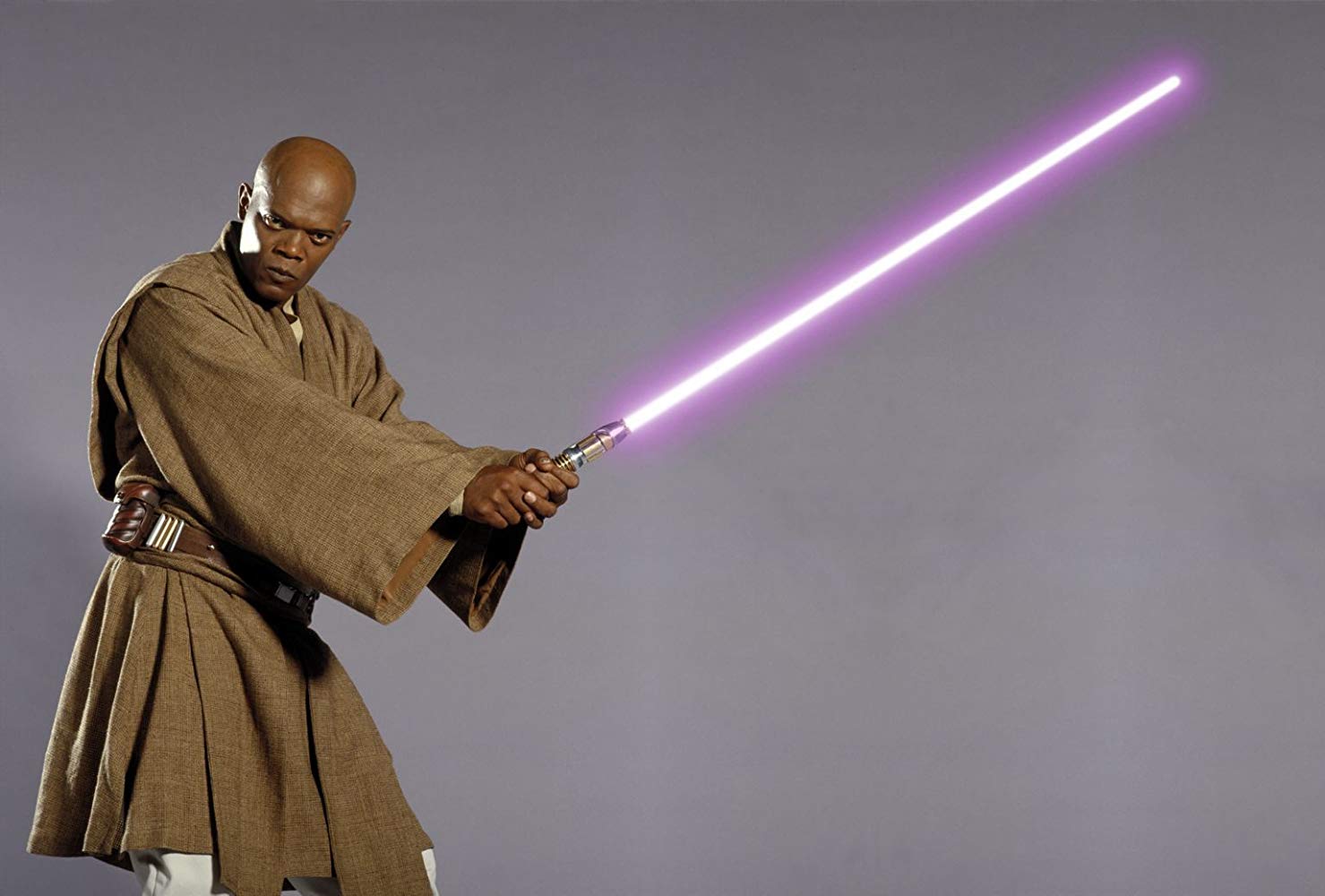 A new video has surfaced showing the actor behind-the-scenes on the set of Star Wars.

Samuel L. Jackson is currently involved in the latest entry in the Saw franchise, but a new video has surfaced showing the actor behind-the-scenes on the set of Star Wars. It’s not clear which film was being worked on in the clip, but it does show the famous moment when Jackson asked director George Lucas for a purple lightsaber. Check out the clip below:

As fans know, Jackson’s wish came true with his character Mace Windu wielding a purple lightsaber in Attack of the Clones. The Jedi Master was seen extensively throughout the aforementioned Star Wars film as well as Revenge of the Sith where he met his death at the lightning-blasting hands of Emperor Palpatine.